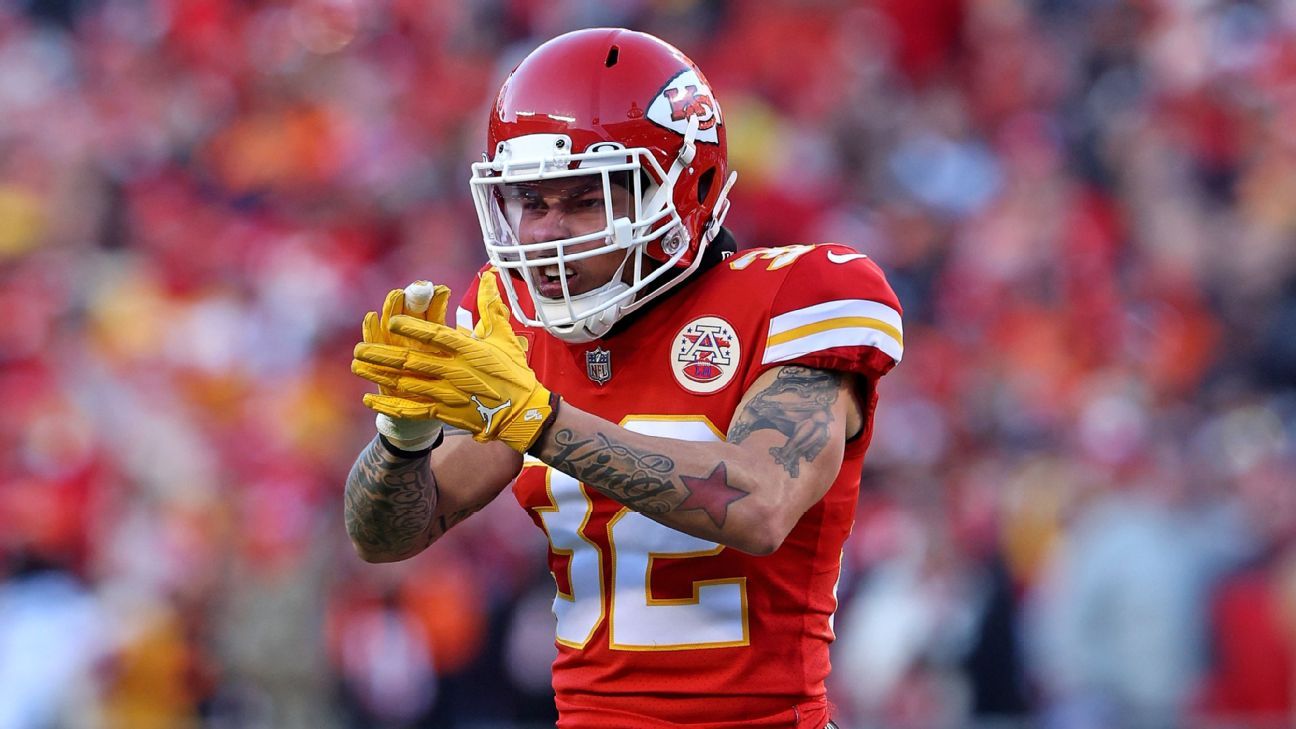 The safety returns to his hometown in exchange for a $33 million deal that ties him to the club through the 2024 season.

The champion defensive back in the Super Bowl LIV of the NFL with the Kansas City Chiefs, Tyrann Mathieusigned a contract on Monday that will bind him to the New Orleans Saints until 2024 for 33 million dollars.

Mathieu was ranked sixth on the list of the 101 best free agents according to the official website of the NFL.

Whoever owned the jersey with number 32 on the chiefswith whom he played two super bowls of which he triumphed in one, he closed the previous season with 76 total tackles, 60 solo and three interceptions.

The defender reached the NFL via the arizona cardinalsthe team that selected him in the third round of the Draft 2013.

In 2015 he had the best season of his career, reporting 89 combined tackles, 80 singles, 17 interceptions and his first call up to the Pro Bowl. Born in New Orleans, louisiana, Mathieu renewed his power as a defensive back upon his arrival at the chiefs in 2019, a squad in which, in addition to winning his championship ring, he got two selections at Pro Bowl2020 and 2021.

Heading into his tenth season on the NFL, Tyrann Mathieu29, will add his leadership to a Saints defense with young talent.

cornerbacks alontae taylor23, selected in the second round of this year’s Draft; Paulson Adebo 22, with one year as a professional; Y Marshon Lattimore 25 years old; as well as the experience of the deep free Kenneth Lamar Williams 28 years old.

In other relevant free agency moves this Monday, the San Francisco 49ers extended the cornerback’s contract for one year. Jason Verrettwho made it to the coach’s team Kyle Shanahan in 2019, since then he has played 15 games in three seasons.

In Kansas Citythe chiefs they signed the cornerback Lonnie Johnsonwho in 2021 played for the Houston Texanssquad that took him in the second round of the Draft 2019.

With the Texans, Johnson he started 19 of 44 games in three seasons. He has 172 tackles, 13 passes defensed and three interceptions.

the champions of the American Conferencethe Cincinnati Bengalsthey retained the punter for another year kevin huberwho will have his 15th season with the team, is the longest-serving player in the Bengals.