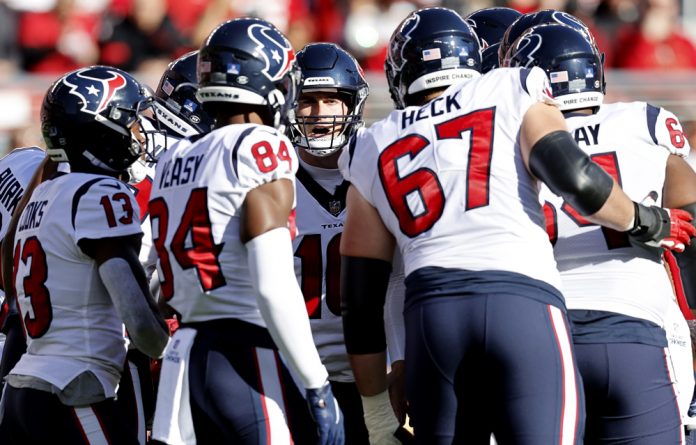 Sports Writing, (EFE).- The NFL announced that the British players Ayo Oyelola and Adedayo Odeleye, the German Marcel Dabo, and the Dutch Thomas Odukoya were chosen from the International Player Pathway Program to join league teams.
The program, which will be in operation for six years in 2022, is part of the NFL’s efforts to strengthen international player recruitment and aims to provide athletes from around the world the opportunity to play in the NFL.
“The program is instrumental in the discovery and development of international players, and we are excited that the quality of players will increase each year,” said NFL director of international operations Damani Leech in the announcement.
Defensive safety Ayo Oyelola will be looking to land a spot on the Jacksonville Jaguars; he comes from the University of Nottingham, he is 23 years old, he spent the last season with the Winnipeg Blue Bombers of the Canadian Football League.
Adedayo Odeleye, a former member of the Berlin Thunder, is a defensive lineman who will fight for the Houston Texans for a spot.
Odeleye was born in Nigeria and raised in England. He tried to go to the NFL last year, but he needed to gain more experience and so he joined the Berlin Thunder. He is a former rugby player.
The Indianapolis Colts drafted linebacker Marcel Dabo, who played cornerback and kick returner for the Stuttgart Surge in the European Football League in 2021, where he earned the league’s Rookie of the Year award.
Dabo had 28 tackles and an interception last season, his first with the Surge after playing for the Stuttgart Scorpions’ youth soccer program.
Tight end Thomas Odukoya, who was taken over by the Tennessee Titans, began playing football at age 16 in the Netherlands, where he was named the Dutch National Most Valuable Player. He was team captain for two seasons.
In the United States he played 40 games at Eastern Michigan University; he caught 21 passes for 194 yards and four touchdowns. In 2021 he appeared in 13 games in 2021, had 13 touchdowns, had 130 receptions and two touchdowns.
In the process of the International Player Pathway Program, which began in October 2021, the NFL included 66 athletes from 21 countries.
After this pre-selection, the players were part of a group of 12 to receive training. In March of this year they had the opportunity to showcase their talents to scouts from all 32 teams.
Oyelola, Odeleye, Dabo and Odukoya were products of that process and now they will fight to stay in the NFL.

Two Britons, a German and a Dutchman will join NFL teams | The USA Newspaper