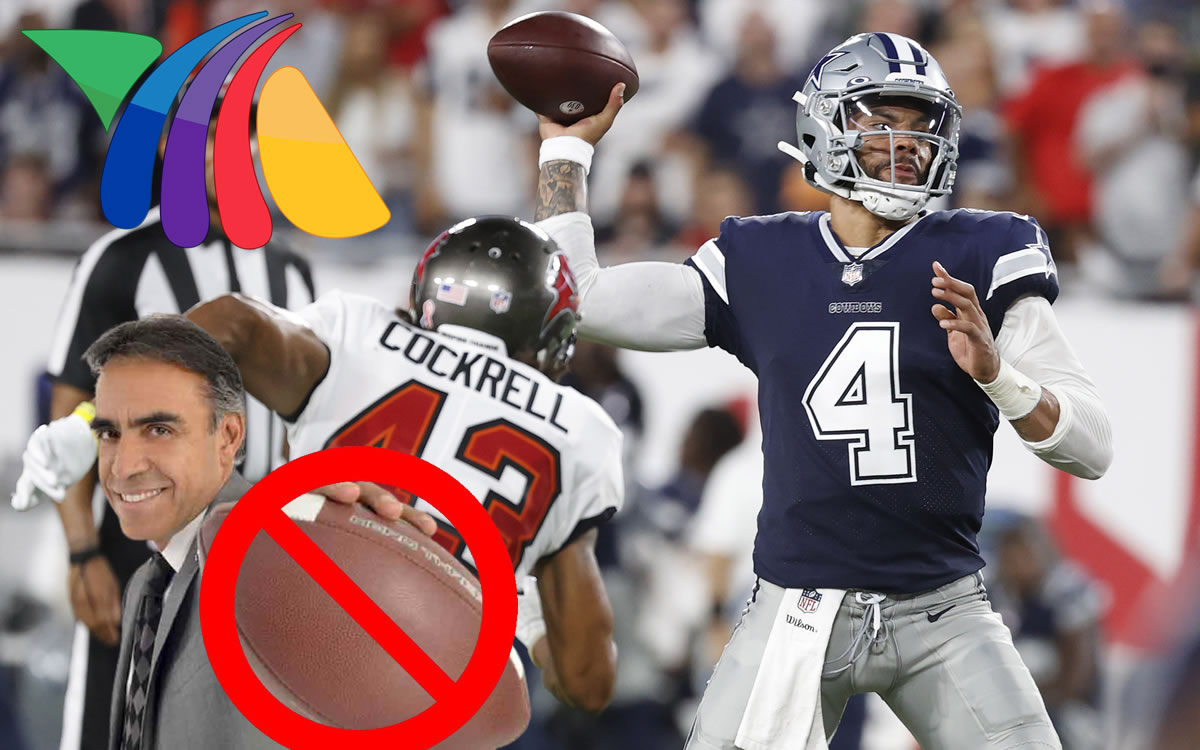 Second year in a row we won’t listen to Enrique Garay and Coach Castillo take us the emotions of the grills. The 2021 NFL Season will not be available on TV Azteca, which had become one of the favorite cues with the concept of NFL ritual.

As in 2020, the Ajusco television station did not take over the broadcasting rights, despite the fact that it was a decades-long tradition with games at noon on its screen, leaving once again to TUDN with Toño de Valdés, Enrique Burak and Pepe Segarra as the only alternative on open television to watch the NFL.

Precisely Televisa adopted the Ritual format since 2020, but they named it Blitz NFL, which consists of seeing plays of all the games that are played at noon and not staying in a single game, as they used to do in the past. For those who like that more traditional format, there is Fox Sports on Sundays with four games.

Without the NFL Ritual on TV Azteca there is Five options to watch American football in Mexico, covering Thursdays, Sundays and Mondays, as well as exceptional Saturdays towards the end of the season in which there will be games.

NFL Mexico director Arturo Olivé confirmed that TV Azteca will have Super Bowl LVI next Sunday, February 13, 2022, joining TUDN, ESPN and Fox Sports as official signals for the broadcast of the game that will define the next champion.

VIDEO FOR USA ONLY