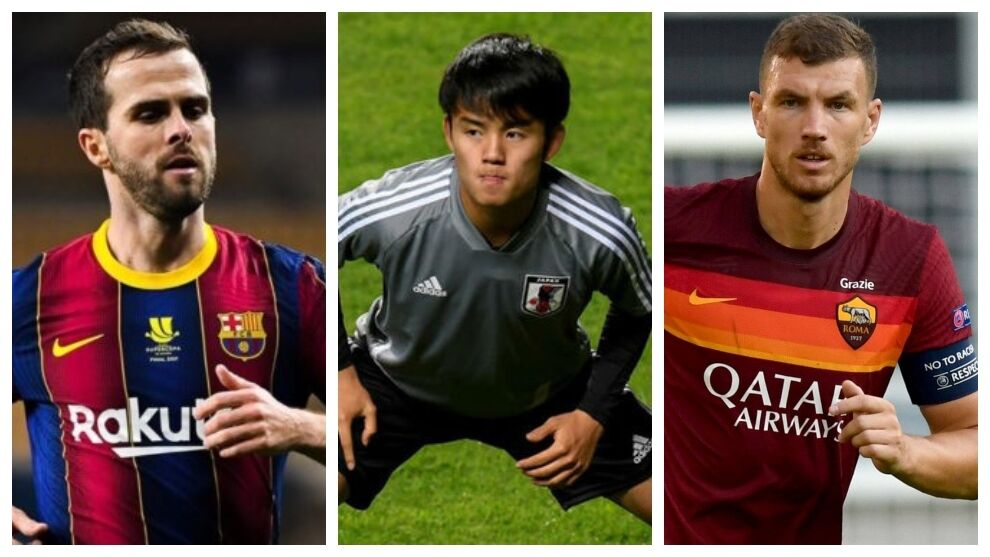 Very good !!!! Welcome once again to the transfer market, which paints moved today. These days are being very messy. The Messi case has already been resolved, but the signings of Lukaku and Edin Dzeko. Pjanic I could also leave the Bara already Kubo an assignment is being sought so that it continues to grow. There is a lot of activity these days, with the beginning of various leagues the teams want to continue propping up their squads. This second week of August looks strong and here we are to tell you everything. Minute by minute and second by second. We start!

12.28 Tammy Abraham, in negotiations with Roma

Following the impending sale of Edin Dzeko to Inter, Roma are moving fast to bring in a replacement. They are negotiating to bring in Tammy Abraham as a loan officer.. However, Arsenal is also in the bid for the Chelsea footballer. This is how Fabrizio Romano points it out.

The Parisian team has no intention of letting him go, but Real Madrid is still behind him. “He is a player from Paris. He wants to win. He has said publicly that he wants a competitive team, he has it, we can’t do more. You have no excuses to do anything but stay“, has assured the president of PSG, Nasser Al-Khelafi.

Everything indicates that the agreement between pepineros and celestes by Ivn Villar will be official in the next few hours. The goalkeeper will arrive on loan and will become the alternative to Asier Riesgo. An agreement would have already been reached with Celta and the player, only small fringes are missing to sign the contract.

Sassuolo and Spezia are working together to sign the talented French striker Janis Antiste, according to the Italian journalist Fabrizio Romano. It will be a deal between both teams to share the player, first he will go to La Spezia for two years and Sassuolo will move. Negotiations are advanced with the striker belonging to Toulouse in Ligue 2.

10.45 The figures of Dzeko’s contract with Inter

According to Gianluca Di Marzio, Dzeko will sign a two-year contract with Inter, charging 5.5 or 6 million euros per season plus bonuses. The Roma save about 15 million gross. In addition, Roma fulfill their promise to let the player out in the event of an important proposal.

10.24 Samu Castillejo, on loan to Getafe

Samu Castillejo was on the exit ramp of the Milan and his club has already found a place for him. The footballer who has a contract until 2023 with the Italian entity, will arrive on loan to Getafe. The Málaga youth squad will play for what will be his third club in Spain, after the aforementioned Malagitano team and Villarreal.

10.14 Inter are after Denzel Dumfries

Inter are still looking for replacements, in this case Achraf Hakimi. They are in negotiations to sign Denzel Dumfries from PSV. According to Nicol Schira, the Italian team has offered 15 million eurosWhile the Dutch ask for 20. Negotiations will be well advanced with the player, they offer him a contract until 2025.

The Italian journalist Nicol Schira points out that Inter is interested in Andr Onana. The Italian team wants to sign him as a free agent in 2022. They will have offered him a contract until 2025. Recall that the Cameroonian goalkeeper is not playing right now, since he is sanctioned for doping.

As Fabrizio Romano has confirmed, Sergio Romero to join Granada as a free agent. Negotiations are in the final stages and the agreement could be completed soon. The goalkeeper was in the orbit of Chelsea, but finally they signed Bettinelli. At 34, he is without a team after ending his contract with Manchester United.

The signing of Edin Dzeko with Roma could be made official today. According to the Italian journalist Gianluca Di Marzio, medical examination and signature will occur today. After six years wearing the Roma elastic, the Bosnian will continue in Serie A, but with the colors of Inter. In this way, the whole of Milan already has a replacement to replace Lukaku.