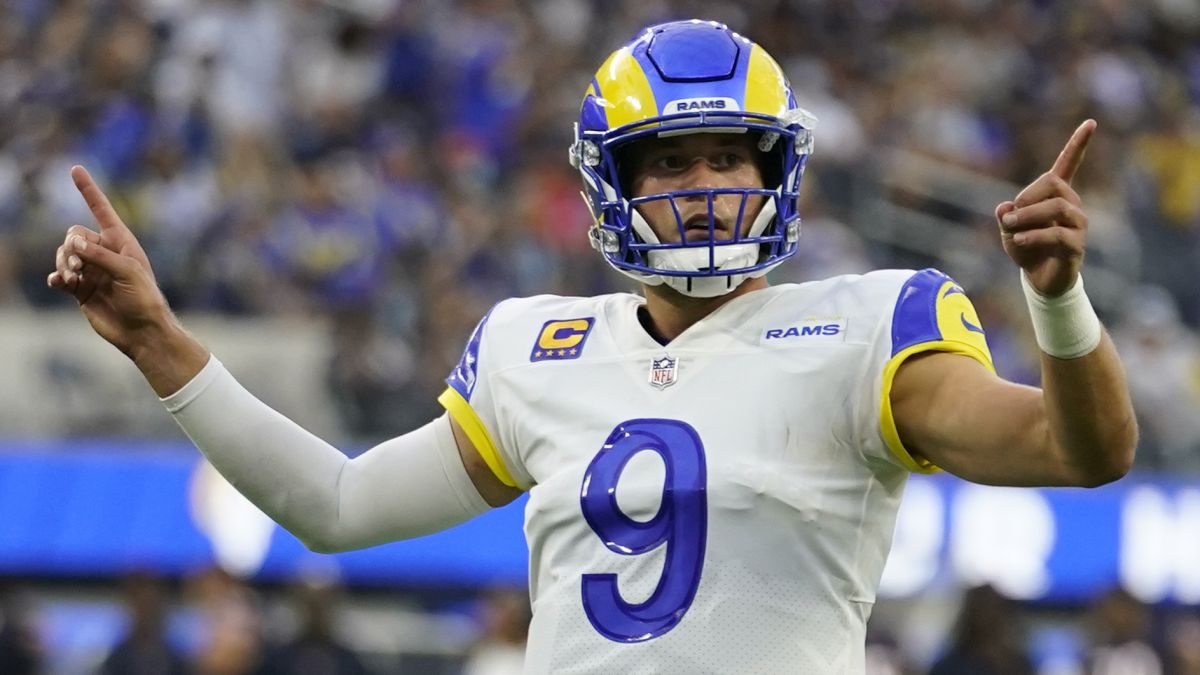 As the days go by in the free agency of the NFLteams make signings and moves to have more space in the salary cap or to reward their players, as was the case with the rams and matthew stafford.

After leading the Rams to their second Vince Lombardi Trophy and setting the record for most passing yards in a season, the Rams rewarded Matthew Stafford with a four-year, $160 million contract extension.

The Titans sent their 2023 sixth-round draft pick to Los Angeles to acquire Woods.. In his final season with the Rams, the wide receiver appeared in nine games and recorded 556 yards and four TDs before suffering a torn ACL.

Bullock made 83.9 of the field goals and 93.3 of the extra points he attempted, more than enough numbers for the Titans to offer him a new contract. Three of his FGs went to win the game: against the Seahawks, Colts and 49ers.

Patterson did it all for the Falcons in 2021 and the franchise has rewarded him with a two-year, $10.5 million deal. The RB/WR generated 618 rushing yards, 548 receiving yards and 11 total touchdowns.

After being released by Philadelphia at the start of free agency, the Eagles re-signed the six-time Pro Bowler to play in the 2022 NFL season for a $14 million salary. In 10 years with the Eagles, the defensive tackle has 443 tackles and 58 sacks.

The Panthers prevented Jackson from becoming a free agent. and they gave him a three-year contract extension in exchange for 35.1 million dollars. The cornerback only allowed 42 receptions for 478 yards.

Tonyan’s 2021 season ended early due to a torn knee ligament, but the Packers retained him for the 2022 season. If he regains his 2020 form (11 TDs and 586 yards) will be Aaron Rodgers’ favorite target after the departure of Davante Adams.

The cornerback played for the Raiders, Texans, Cardinals and Packers in 2021 and eventually landed a long-term contract in Green Bay after posting 13 passes defensed, five interceptions and two defensive touchdowns.

The exodus of quarterbacks from Cleveland began with Keenum’s departure to Buffalo. According to multiple reports, the Bills gave him a seventh-round pick for a 34-year veteran to the Browns. The AFC East team needed a backup after Mitch Trubisky signed with the Steelers.

The Patriots are looking for new targets for Mac Jones and now they hired Montgomery, a seven-year veteran who has played with the Packers, Ravens, Jets and Saints.

YOU MAY BE INTERESTED: Gisele Bundchen reacts to Tom Brady’s return to the NFL

Top 10 signings on the sixth day of free agency