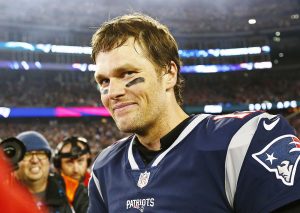 Sports Writing, May 10 (EFE).- The chief executive of Fox Corporation, Lachlan Murdoch, announced Tuesday that quarterback Tom Brady, considered the best player in the history of the American football NFL, will be the main analyst of his television network once he retires.

“We are pleased to announce that immediately after his playing career ends, seven-time Super Bowl champion Tom Brady will join us at Fox Sports as our lead analyst,” Murdoch said in a statement.

The information was shared by Brady on his social networks in which the passer showed his enthusiasm for this new facet, although he pondered the mission he has with the Tampa Bay Buccaneers for the 2022 season.

“I’m excited, but with many pending issues on the field with the Buccaneers,” was the message from the quarterback, who also shared the news given by the sports channel in his publication.

The league-record 15-time Pro Bowl selection kept the NFL and its fans in suspense earlier this year by announcing his retirement in February out of a desire to spend more time with his wife and children.

A decision that he reversed at the beginning of March, when he announced that he would play one more year with the Buccaneers; it will be his 23rd campaign in the league.

Lachlan Murdoch’s statement did not specify whether the 2022 season will be the last of his career.

“We are delighted that Tom has agreed to join the Fox team and we wish him all the best during this upcoming season,” was the last part of Murdoch’s statement.

In the 2021 season, the quarterback, who won six Super Bowls with the Patriots and one with the Bucs, dominated the NFL with 5,316 passing yards, 43 touchdowns, 485 completions in 719 attempts and only suffered 12 interceptions.