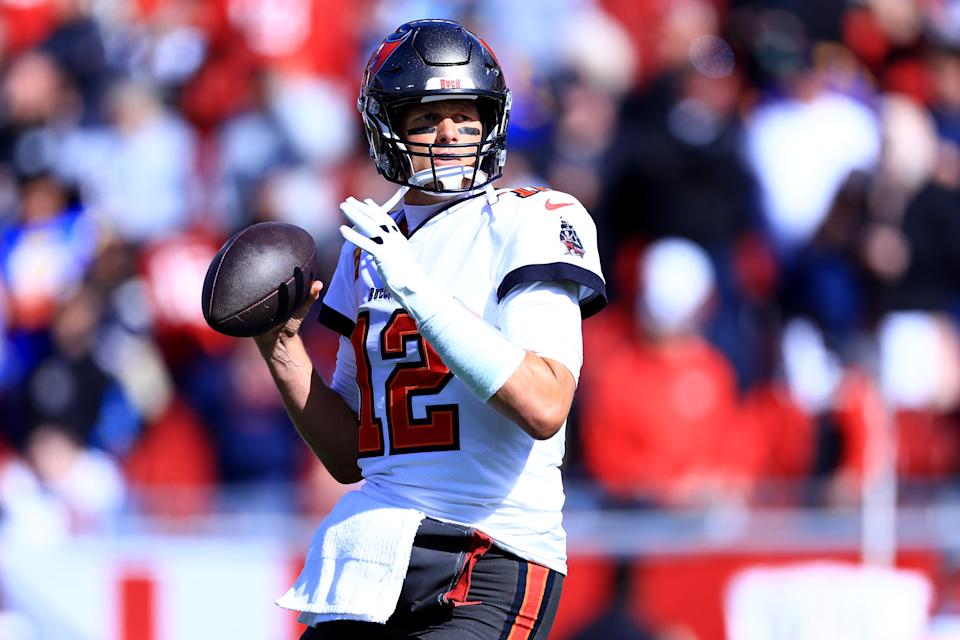 Tom Brady, probably the best player in the history of the National Football League (NFL), officially announced his retirement after 22 seasons and seven Super Bowls won.

No wonder fans refer to Brady as the GOAT, acronym in English for “Greatest Of All Times” (the best of all time). The former Buccaneers and Patriots quarterback walks off the field with several records in hand, including most wins of all time, most Super Bowl MVPs, most passing yards and touchdown passes.

Another title that he secured at 44 years of age is that of the player who has obtained the most income in the entire history of the NFL: $292.9 million, between salary, bonuses and other incentives, depending on the spotrac ranking. That’s not counting the sponsorships.

In 2021, Gisele Bündchen’s husband was ranked number 2 in the list of Forbes one of the highest-paid NFL players that year, with $72.5 million total earned on and off the field.

After capturing his seventh Super Bowl title, the quarterback began winning nearly four more times. In addition to his partnerships with Fanatics, Under Armor and FTX, Brady has the TB12 supplement line and a media company, 199 Productions, as well as an NFT platform, Autograph, which he launched this summer.

He also received $3.4 million in contract incentives for his performance in 2020 and for the Bucs’ championship.

A not so lucrative career start

What makes Brady’s record even more remarkable is that his career began when he was selected 199th overall in the sixth round of the NFL Draft in 2000, meaning he missed out on the lucrative bonuses that top picks receive. . In fact, Brady didn’t earn more than $1 million in a single season until 2002, when he earned $3.8 million.

Brady spent the first 20 years of his career with the New England Patriots, a team to which he gifted six Super Bowls, before leaving for the Tampa Bay Buccaneers.

In 2020, passed up at least $60 million dollars in salary so the Patriots could build a more competitive roster.

But Brady’s dominance in the income rankings may not last long. Kansas City Chiefs quarterback Patrick Mahomes has signed a contract extension in 2020 that could net him up to $500 million and guarantees him an average of at least $45 million per year for 10 years.

Buffalo Bills quarterback Josh Allen also signed a six-year, $258 million contract extension in 2021, and is now on track to finish his career with at least $300 million.

In the last few years of his sports career, Brady has been an active investor and businessman. When he announced his retirement on Tuesday, he said he would focus his efforts on the business ventures he co-founded.

“The future is exciting,” the quarterback wrote on Twitter. “I am fortunate to have co-founded incredible companies like Autograph, Brady Brand and TB12 Sport, which I want to help build and grow.”

TB12 Sports sells nutritional supplements, accessories and sportswear. According to its website, the brand is based on Brady’s “smarter, more holistic approach with innovative recovery practices to prevent and treat sports injuries.”

Autograph, on the other hand, is a sports and entertainment NFT site that recently managed to raise $170 million in a funding round led by Silicon Valley investors Andreessen Horowitz and Kleiner Perkins.

In addition to the brand Brady, a sports and running fashion line that debuted in Nordstrom Inc. stores in JanuaryGOAT has other investments in cryptocurrency platform FTX, card exchange service Alt, and creator website SageSpot.

You may also be interested in | VIDEO: How is the National Football League without Tom Brady?

Tom Brady is the player who has earned the most money in the history of the NFL: this is the fortune he made in 22 seasons