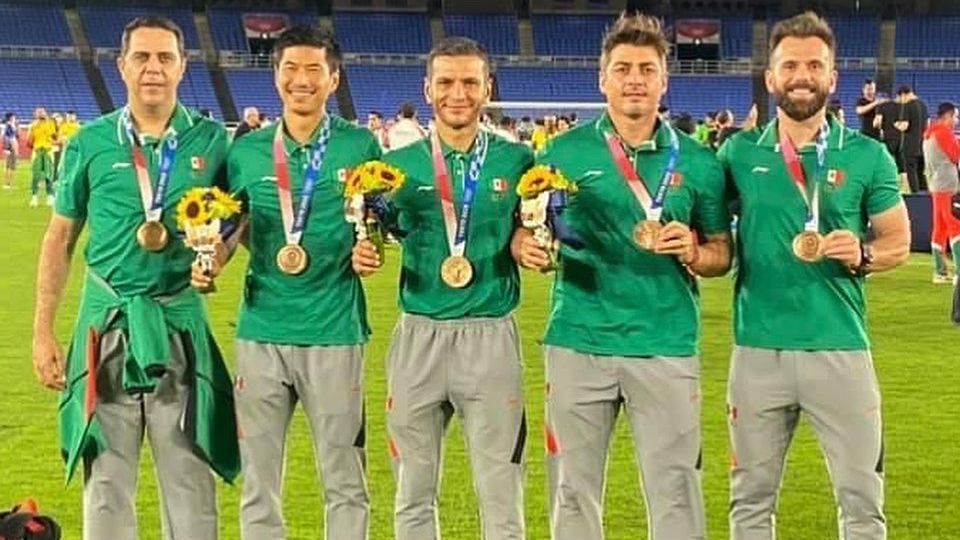 The Mexican National Team wanted to celebrate the bronze in a hotel, but the protocol against Covid-19 prevented them from leaving the Olympic Village. In addition, the FMF will seek to give medals to Jaime Lozano and his assistants

MEXICO.— After obtaining the bronze medal in Tokyo 2020, the members of the Olympic Mexican National Team They wanted to celebrate in a hotel in the Japanese capital, but did not receive permission from the Organizing Committee of the Olympic Games.

After its 3-1 victory over the representative host, the Tricolor tried to move the celebration from the field to a hotel to even share with loved ones, but had to return to the Olympic village as required by the regulations of the fair, given the global health problem experienced by the Covid-19 pandemic.

A source of the Mexican team manifested to ESPN Digital that the team always wanted to be in a hotel, with the aim that the players would recover better after a game and have the kinesiologist who also traveled to Tokyo, but it was impossible.

Consultation here all the news and results of the Tri in the Olympic Games.

The athletes who were active in the final part of the event and who remained at the headquarters of the Olympic Games were taken care of until the last moment, hence the two requests that were denied to the members of the Tri.

This Sunday, after 3:00 p.m., the national team will be arriving at the Mexico City international airport.

FMF will make replies for Jaime Lozano and his coaching staff

The Mexican Soccer Federation will make replicas of the bronze medal that Mexican National Team U23 obtained in the Olympic Games. Because the Organizing Committee only awards medals to athletes, Jaime lozano and his coaching staff did not receive medals for obtaining third place in soccer Tokyo 2020.

According to information from David Medrano, the federation will order to manufacture medals such as those obtained by the soccer players in the Olympic Games, mainly for Jaime lozano, coach of the national team, and his coaching staff, made up of Aníbal González Anca, Ryota Nishimura and Miguel de Jesús Fuentes.