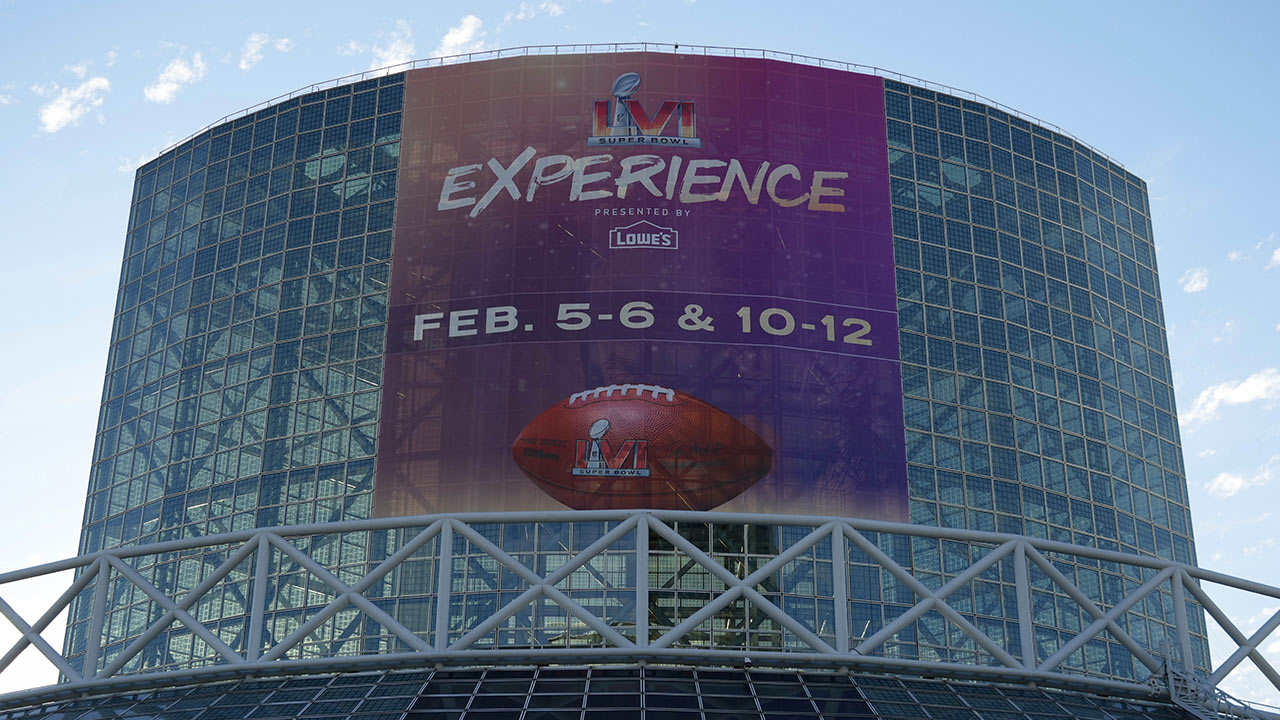 With the countdown already underway for the Super Bowl on Sunday, February 13, the NFL landed this weekend in Los Angeles (USA) with the Super Bowl Experiencea great event designed for the most passionate fans of American football.

Located in the Los Angeles Convention Center, the Super Bowl Experience opened its doors on Saturday and this Sunday it celebrated its day for the press with numerous activities for the public that came to the place.

For example, fans were able to participate in training drills in which they had to dodge opponents to score a touchdown or had to become a quarterback to throw the perfect pass.

Another highlight of the Super Bowl Experience is the recreation of an NFL team locker room with the lockers, stools and clothing of stars like Patrick Mahomes, and where some motivational speeches were heard as if the visitors were about to jump onto the field.

AND THE RAMS GO IN WHITE FOR HIM #SBxFOX

🏟️ They play at home and with their people at SoFi Stadium, but they will be administrative visitors for the #SBLVI and that’s how it will look in the game next February 13 🔥🥵 #NFLxFOX pic.twitter.com/DrDJNT46RL

There are not only proposals to become a player for a momentsince one can also take a picture as if you were a Super Bowl commentator sitting at the table and with the microphone in hand.

The NFL has also organized autograph signings with players within a very familiar event and in which numerous children are seen accompanied by their families.

The Super Bowl Experience does not leave aside one of the most important moments of this game: the intermission musical show.

Thus, the organizers have brought to Los Angeles the red jacket that he wore The Weeknd last year, the dress that Lady Gaga chose for his performance in 2017, and the extravagant but memorable shark costume that appeared in the show of Katy Perry in 2015.

Nevertheless, the jewel of the Super Bowl Experience is the Vince Lombardi Trophywhich is given to the winner of the Super Bowl and is already in the Californian city exposed, waiting to find out if this time it will be for the Los Angeles Rams or the Cincinnati Bengals.

AND ON THE WAY TO #SBLVI ONLY TWO TEAMS LEFT 🏆🏈

Rams and Bengals, from the wild card round to the #SBxFOX at SoFi Stadium 🏟️

The Lombardi of the 2021 season is up for grabs next February 13th 🗓️ #NFLxFOX pic.twitter.com/fJ33xgSz7D

The Rams start with an advantage for playing in their stadium and in the Super Bowl Experience numerous fans of the Los Angeles team were seen with the colors of their team and the names of figures such as Cooper Kupp or Matthew Stafford.

Dressed from top to bottom in the blue and yellow of the Rams, Alan explained to Efe why he decided to spend Sunday at the Super Bowl Experience with his wife and children. “It’s a lot of fun,” he said.

“We are having a great time, the children are laughing… And we’re also rooting for the team we love.”

Furthermore, Alan explained that he participated in a 40-yard sprint, which is one of the highlights of the event, and admitted with a smile that he ended up losing to his sons.

The Super Bowl Experience will open its doors again from February 10 to 12just one day before the big game is played at SoFi Stadium in Los Angeles.

THIS IS HOW EXPENSIVE THE NEW SOFI STADIUM, HOME OF THE #SBxFOX

5.5 billion dollars was what it cost to build the Rams building located in Inglewood, California 🏟️#NFLxFOX pic.twitter.com/RhOdAwCaUC

To feel like an NFL player: This is the Super Bowl Experience in Los Angeles