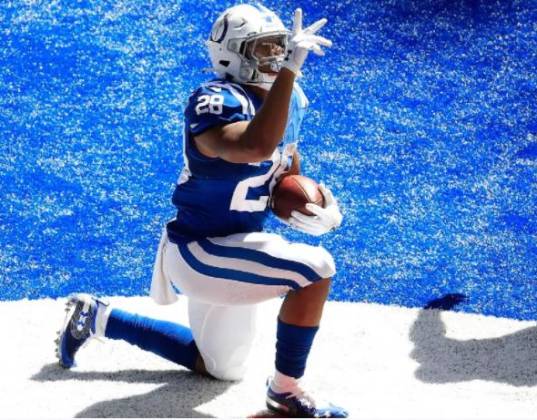 The NFL you live differently for lovers of Football Fantasy, Well, having the opportunity to be the ‘heah coach’ of your own team gives a special touch to everyone and each of the meetings week by week.

We all become analysts, we seek to recruit the best elements and we always take into account a series of factors to choose them, seeking to create the dream team that leads us to win the champion trophy. of the league that we form between friends and even with strangers.

At the end of the day, the players are human beings, they have good days, others not so much; there are also injuries and, today, the COVID-19 continues to be a factor throughout the campaign.

In fact, this season in the NFL It has been atypical, but that has resulted in a very close fight in search of the playoffs … of course this has been reflected in the Football Fantasy and the performance of the juadores, that’s why we bring you to the elements that could make up the ideal team after a fierce campaign.

The ideal team, with Allen as QB; Taylor, Mixon and Ekeler running, as well as Kupp and Sammuel as wide receivers alongside Andrews at tight end; completing the team with Folk kicking the extras and field goals, as well as the Cowboys defending … they give an annual sum of 2,109.72 points spread over 16 weeks of action so far, averaging 131.87 units per match.

This is the ideal team for Football Fantasy 2021