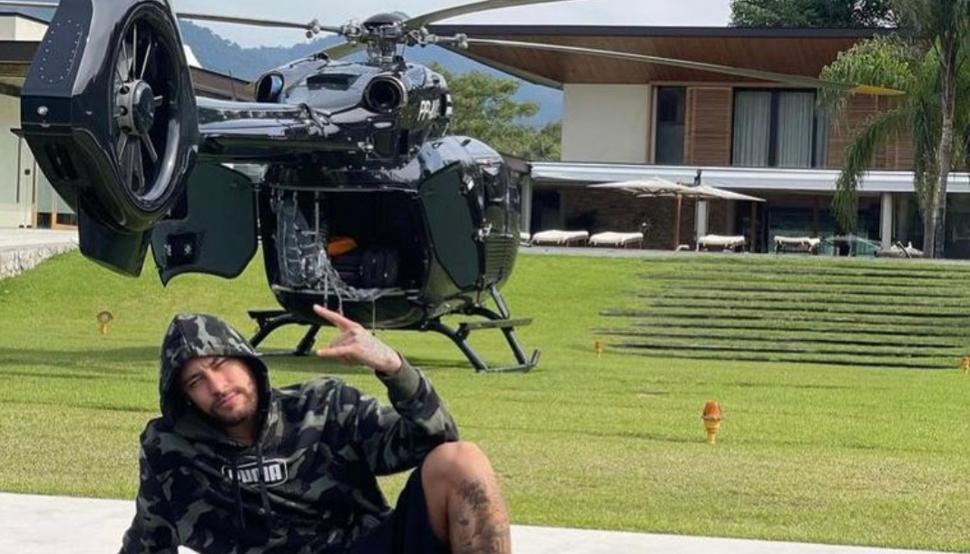 Neymar is a fanatic follower of Batman. He completely identifies with the superhero of Gotham city and does everything possible to become more like him every day.

The image of the bat has been tattooed on his back. He does not miss the opportunity to dress up as Batman, whether it is to attend a party or to celebrate the renewal of a sports contract. He has in his house a huge doll of Batman what should I give him Mauro Icardi for a birthday. Wear a designer wristwatch Batman. He plays comic video games and so we could continue mentioning so many other fanatical behaviors that the Brazilian does to worship his favorite hero.

Well, now it turns out that he also tuned his helicopter, as similar as possible to the famous ‘batmobile’. The Brazilian crack published the image of his ‘batihecopter’ on his personal Instagram account, with 155 million followers and, in just one day, he had more than five million ‘likes’. In the photo you can see the ‘baticopter’, a tuned Airbus ‘dark’, completely black. Inside the aircraft there are also details of ‘bathymania’ as it is decorated with the brand of the fictional character painted on the seats.

The ‘baticopter’ is an Air H-145 model, a true world bestseller in the light twin-engine category. This aircraft is multi-mission and meets the latest standards of technological innovation. It has the capacity to transport up to 10 people in addition to the pilot and co-pilot. It costs 15.3 million dollars. Neymar uses it to travel within Brazil and he has it parked in the private heliport of his mansion in Angra dos Rey located on the bank of Sao Paulo.

Anyway yeah Batman has a batmobile, Neymar Now you can show off your ‘Baticopter’.