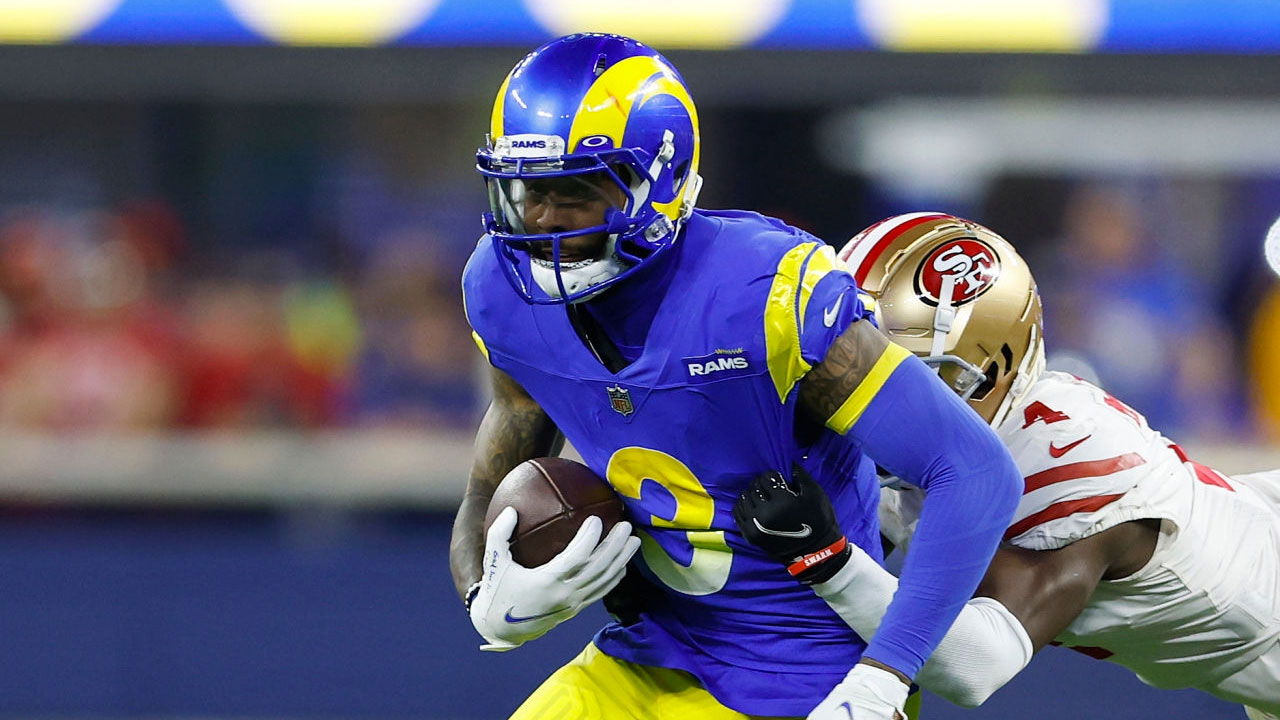 The Rams’ 2021 Season couldn’t have ended better as they emerged victorious from SB LVI and became NFL champions for the second time in the organization’s history. However, repeating the dose will not be easy: the team has renowned players that they must try to retain, although thanks to their salary cap it will be practically an impossible mission.

Here’s what you need to know about Los Angeles ahead of NFL 2022 Free Agency.

The formula win now lose later implanted in Los Angeles last season, has its immediate consequences. Via Over The Capthe Rams are currently in the red against the salary cap at -$20,273,914, third-worst in the NFL (ahead only of the Saints and Packers).

Therefore, it is time for the organization to restructure contracts if it intends to retain several of its superstars for the coming season.

Darious Williams had his worst year with the Rams in the last three seasons, but his contribution on the field is undeniable. Although his performance in 2021 left some doubt as to whether he is worthy of being a part of this franchise’s future, Los Angeles could bring him back on a cheap, short-term deal where the cornerback must earn his salary for the distant future.

How long does a project take all-in? Everything indicates that Von Miller’s time with the Rams, although successful, will be short-lived. For themes of salary cap and even for the same desire of the veteran linebacker, it seems difficult that they can retain him for next season. Quite the opposite of Odell Beckham Jr., who in Los Angeles seems to have found his rhythm again, and a long-term extension would be the most sensible thing to do. Also, financially speaking, the organization is helped by the fact that Beckham Jr. suffered a torn ACL in SB LVI, as his market value will surely decrease.

Meanwhile, in Sony Michel, the Rams have a highly reliable running back they should consider retaining right away, as Cam Akers and Darrell Henderson Jr. (recently recovered from serious injuries) get back on track. Michel’s durability is not in doubt, but it looks complicated that his snap increase once Aker and Henderson Jr. fully return.

Finally, the offensive line is in serious trouble. Austin Corbett and Brian Allen are the starting right guard and center, respectively; neither of them provides that extra that makes them really essential. However, losing both in the incoming Free Agency would mean two more holes to fill for a Rams currently maneuvering in the red. Retaining at least one of them under a cheap contract would be the goal.

At first glance, it would seem that the Rams are sailing in uncharted waters by being $20 million above the salary cap established by the NFL. One would think that a wave of cuts should follow accordingly. However, this team could come out afloat by restructuring several of its contracts; that is why there are not so many players that, due to financial issues, result in imminent cuts, although there are several interesting proposals.

The first of these is Tyler Higbee, and not because of his lack of talent: rather because his cut would generate $5.2 million in cap space for a Rams that have ample depth at the position. The TE2 Kendall Blanton had a great NFC Championship Game when Higbee was injured, while TE3 Brycen Hopkins did the same with his pleasant and surprising performance in SB LVI. Both players offer realistic replacement options and at a dramatically lower price.

Robert Woods also has his future hanging in the balance. Last year he suffered a torn anterior cruciate ligament that ended his season after just nine championship weeks. During his absence, Cooper Kupp established himself as the legitimate WR1 for this team, while Odell Beckham Jr. showed an unexpected resurgence. As such, Woods has become expendable, and a possible cut would free up $10 million in salary cap for the Rams if the move is made after June 1.

Free agents that make sense for the Rams

The Jets’ Laurent Duvernay-Tardif is a more-than-ideal option for the simple reason that, in addition to Austin Corbett hitting free agency, backup Joseph Noteboom is in the same boat. In Duvernay-Tardif the Rams could end up finding a long-term solution to the problem on the inside of the line and for little cost.

Additionally, they could also take a pay cut at tight end with the departure of Tyler Higbee, and a sublime replacement would be the Titans’ Geoff Swaim, who is an excellent run blocker and highly underrated receiver who could take advantage of the little attention he attracts from the opposing secondary in the passing game.

Finally, there is the case of Cordarrelle Patterson, who with the Falcons has already proven to be an extremely versatile offensive weapon, being able to play more than just running back. However, his incorporation to Los Angeles would be precisely to anticipate any departure that Sony Michel may cause. Plus, he’s talented enough to challenge Darrell Henderson Jr. for the RB2 spot, and would create a deadly duo in the offensive backfield alongside Cam Akers.

Main needs of the Rams in the NFL Free Agency 2022

The Rams have to deal with the fact that it will be impossible to retain all of their free agents, and one of the most damaged units that could be left behind is the linebacking corps. Not only because of the possible loss of Von Miller, but also because of Travin Howard, Troy Reeder and Will Compton, who, although they are not players of supreme quality, contribute and are part of a rotation that would run out of depth if Los Angeles let leave in free agency.

In the cornerback position, it is true that the loss of Darious Williams could affect the depth chart, but it is not the only concern. Donte Deayon will also be a free agent next week and the team will have to assume that their perimeter will be exposed. Jalen Ramsey can’t multiply and do it all; the team will have to provide him with a teammate to match to remain one of the best defenses in the NFL.

In addition to the above, the offensive line also needs renovation and is perhaps the Rams’ greatest urgency. In addition to Corbett and Brian Allen, Coleman Shelton, a backup center, is about to touch free agency, and if they are not retained, they will have to investigate options in the market such as Ryan Jensen, from the Buccaneers, so as not to be diminished by departures that seem more what sung

This is how the Rams arrive at the 2022 NFL Free Agency. How do you think they will face this offseason? We read you in the comments below this article and on our social networks.

This is how the Rams arrive at NFL 2022 Free Agency