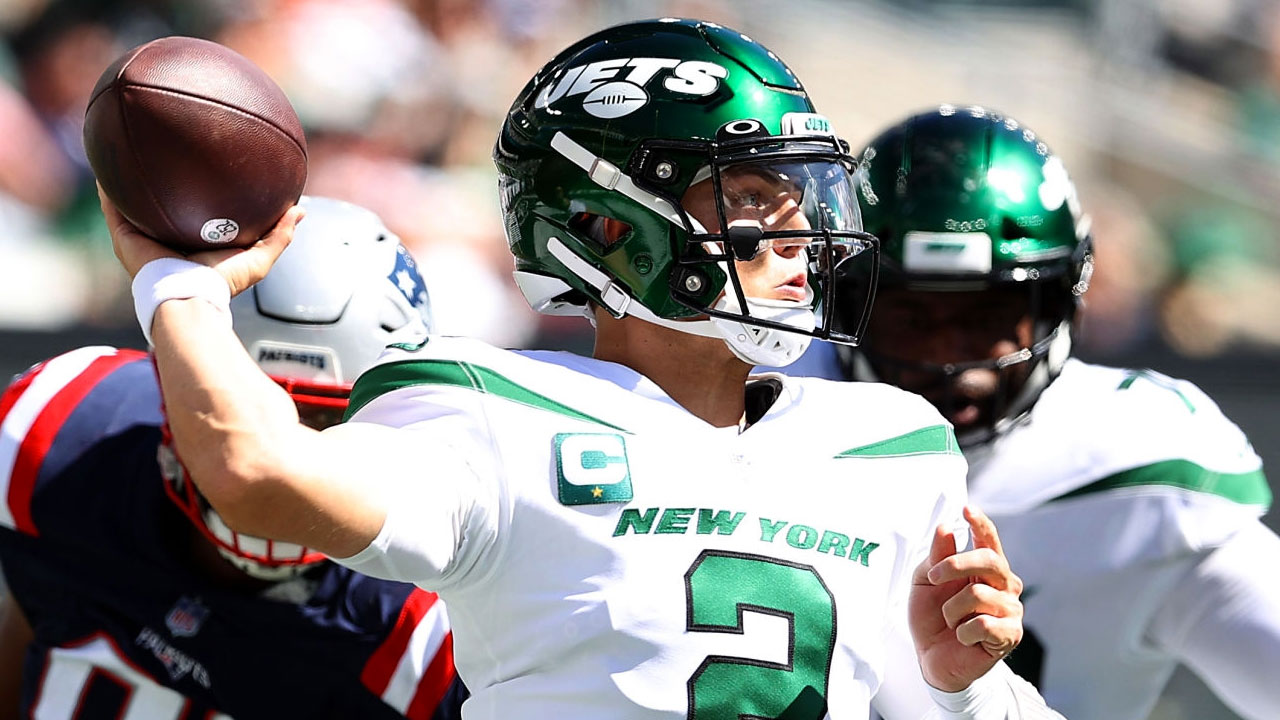 Free Agency continues its course, the teams move on, and the next phase is the 2022 NFL Draft, where the Jets will have a fairly large sum of resources during the first two days. Thus, this is the panorama in New York towards what, for many, is the most important event of the offseason.

The Jets’ 2021 NFL Season ended with a dismal 4-13 record, establishing themselves as one of the worst five teams of the campaign. However, a similar record was expected, as this organization is in a rebuilding process that, truth be told, looks better off than many others around the league.

Even with QB Zach Wilson and HC Robert Saleh, both rookies in their jobs, the Jets had four wins, two of them against AFC powerhouses such as the Tennessee Titans and Cincinnati Bengals: having come out of both matchups with flying colors It left a good taste in New York’s mouth, although it is undeniable that there is still a lot of work ahead if they intend to be competitive within a very talented conference.

Heading into the 2022 NFL Season, the Jets may not be favorites to reach the Playoffs or fight for the AFC East, however, a couple of improvements to their roster, mainly on the perimeter and on the offensive line, could make New York a hard team to crack during the incoming campaign.

The Jets’ 2022 NFL Free Agency process has been extremely promising. The most notable move was the addition of OG Laken Tomlinson from the 49ers on a 3-year, $40 million contract with $13.9 million fully guaranteed at signing. Tomlinson, during his last five seasons in San Francisco, played as a starter his possible 80 games, and comes to New York to strengthen one of the weakest areas of the franchise.

Additionally, it also highlights the incorporation of TE CJ Uzomah, from the Bengals, and who they hope will become an aerial threat that the team lacks. Other interesting signings were CB DJ Reed and S Jordan Whitehead, who are more than helpful at their position, but they don’t stand out for intercepting balls, an area in which the Jets were the third worst in the league the previous season at only accumulate a total of seven.

Lastly, the organization is to be applauded for keeping two of its most underrated men: RB2 Tevin Coleman, who provides depth in the backfield rotation, and WR Braxton Berrios, who is becoming more established in the offense every year. , but who stands out for his great talent to return kickoffs and punts. Having said that, the Jets still have several holes in their roster, so they will have to strengthen their depth chart at multiple positions in the 2022 NFL Draft.

Wide Receiver: The Jets’ receiving corps looks solid in the hands of Braxton Berrios, Elijah Moore and Corey Davis, but none are currently WR1s. In New York it was obvious that they were looking to add another wide receiver this offseason, showing interest in Calvin Ridley, Amari Cooper and even DK Metcalf, although eventually they weren’t able to finalize trades for any of them. Therefore, the 2022 Draft is the perfect opportunity to give Zach Wilson new weapons.

defensive end: with just 31 total sacks, this team was fifth worst in the league in the department last season. Adding to that lack of productivity is the fact that Carl Lawson is still recovering from a torn Achilles tendon, that Bryce Huff isn’t quite ready to be a full-time starter yet and that Jacob Martin just signed on to be a rotational piece. The result is that the Jets need to improve the unit with some urgency.

defensive back: Yes, the additions of DJ Reed and Jordan Whitehead are to be applauded, however, they don’t add to the team’s need to generate ball exchanges. Reed has recorded just four interceptions over the past four seasons, while Whitehead has only five in the same span. In addition to this, the loss of the S Marcus Maye leaves another large gap to fill, so at least one reinforcement should not take long to arrive.

Defensive tackle: New York allowed DT Foley Fatukasi to depart during free agency for Jacksonville and didn’t sign a replacement. That leaves Quinnen Williams and Sheldon Rankins as the only viable starters, with Nathan Shepherd and perhaps Solomon Thomas on the inside. As such, the team needs to beef up the unit, and while they aren’t expected to use one of their first-round picks to do so, there are interesting options in the draft that could serve as a long-term answer.

The reconstruction of New York is quite well underway, and the process could be accelerated too much to take advantage of every last resource in the 2022 NFL Draft, where it stands out that they have two selections within the Top-10 overall, in addition to that they will choose in four occasions within the first 38 picks:

The possible picks of the Jets

EDGE Kayvon Thibodeaux, Oregon: features a rare blend of athleticism with explosiveness. He has one of the best first steps among college prospects, and he’s capable of giving opposing offensive tackles and quarterbacks a hard time. Additionally, he uses his hands very effectively both when trying to look for the sack and against the running game.

The native of South Los Angeles, California, who during his collegiate career recorded 142 tackles and 19 sacks, at some point was projected as the No. 1 pick overall in the 2022 NFL Draft, and while that’s now gone for most, he’s still projected to be taken in the top 10 overall picks, even the top five, so the Jets are one of its main potential destinations.

EDGE Travon Walker, Georgia: another extremely interesting option, who could even get ahead of Thibodeaux on the board, is precisely Walker, characterized by his great strength in the lower part of the body, by having quite long arms that allow him to easily get rid of rival blocks and by also having a very explosive first step.

However, during his time in college he only saw action in a total of 29 games, registering 61 tackles and 9.5 sacks. His lack of experience on the field might take its toll on him in the first place, but he’s one of the more interesting prospects at the position that New York would certainly be happy to draft.

S Kyle Hamilton, Notre Dame: with only 21 years of age. he stands out for his great height, taking advantage of his size to get ahead in personal coverage, as well as establishing himself as a great pass hitter and an effective tackler. However, he often struggles against smaller receivers, as they are more agile and quick.

Despite the above, he is considered by many to be the best safety in the 2022 NFL Draft, and is scheduled to be selected at some point in the first half of the first round, precisely where the Jets have the 10th overall pick, for which would come as no surprise to see him under Saleh in 2022.

CB Derek Stingley Jr., LSU: Another pretty flashy player for the Jets to take with No. 10 overall is Derek Stingley, who is probably the second-best cornerback prospect in the Class of 2022 behind only Ahmad Gardner. During the 2019 season, a newcomer to LSU, Stingley totaled 6 INT and 15 passes defensed in 15 games played, being the best season in numbers that any cornerback of this class has had during collegiate.

However, over the past two years, Stingley has only appeared in 10 games due to an injury to Lisfranc, making his health a red alert. Despite the above, he has great speed, athleticism, and is a magnet of balls to generate trades. Projected to be taken in the top 10 picks, if he gets out of range it would be a real steal for anyone who drafts him.

WR Jameson Williams, Alabama: Scheduled as a late first-round or early second-round prospect, he’s one of the Jets’ most ideal options with the 35th and 38th overall picks. Excelling at running routes and against zone coverage, Williams boasts above-average speed, however, he faces certain limitations, such as catching the ball in man-to-man coverage or in traffic zones.

Additionally, in January 2022 he suffered a torn anterior cruciate ligament, so the alarms go off in terms of health. Despite the above, last season he recorded 79 receptions for 1,572 yards and 15 TDs. Without a doubt, he is one of the best players at the position in this year’s Draft.