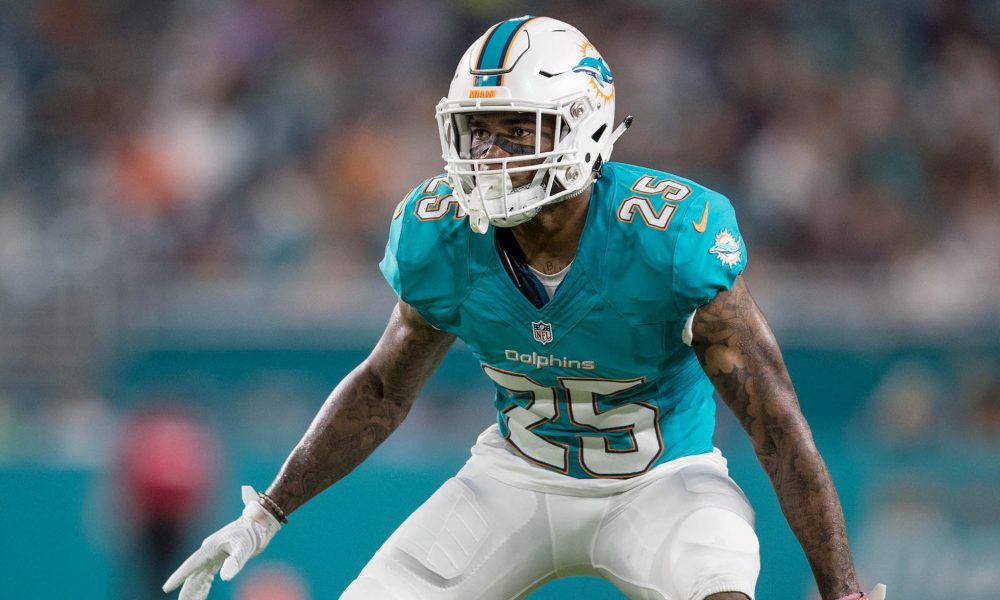 Free agency continues its course, teams move on, and the next phase is the 2022 NFL Draft, where before it even started, the Dolphins have already generated buzz after giving up multiple of their first picks to the Kansas City Chiefs in a trade made to acquire WR Tyreek Hill. Thus, this is the panorama of Miami heading to what for many is the most important event of the offseason.

The Dolphins’ 2021 NFL Season was their second in a row staying just outside the Playoffs. In a true year of light and shadow, where they became the first team in league history to win and also lose seven consecutive games within the same season, Miami finished with a 9-8 record, ranking number 9 within the American Conference, insufficient to sneak into the postseason.

As if that were not enough, the organization’s 2022 NFL Offseason has also been extremely busy, highlighting the controversial firing of HC Brian Flores and his eventual lawsuit against the team and the league alleging racism in the hiring process, the incorporation of Mike McDaniel as the new head coach, and signing big-name free agents in a bid to contend for the AFC East and playoffs next year.

Last year the Dolphins were characterized by having one of the best defenses, but also one of the worst offenses in the league. Therefore, the 2022 NFL Free Agency has served to quickly improve what has been their Achilles heel in recent seasons.

QB Tua Tagovailoa was screaming for help with his offensive line; the team listened and they brought in OT Terron Armstead and OG Connor Williams. For their part, in the ground attack, where they practically did not produce in 2021, they incorporated RBs Raheem Mostert and Chase Edmonds, while also signing WR Cedrick Wilson, and even QB Teddy Bridgewater as a substitute for any emergency that might arise. .

Within a wave of offensive free agents, on the other side of the ball they signed back their pass rusher of higher quality: DE Emmanuel Ogbah, coupled with the extension given to CB Xavien Howard. However, they may still need reinforcements in the linebacking unit and more support on the offensive line, and even if their draft capital isn’t the widest, they could find good prospects available on Day 2.

Offensive tackle: Terron Armstead is Miami’s hot new acquisition, but he’s at left tackle, and the problem is that Tua Tagovailoa is a left-handed quarterback. The Dolphins are in dire need of someone to cover their blind side, as the job is currently up for grabs between Robert Hunt, Liam Eichenberg, Austin Jackson and Greg Little. So many players contending for just one spot begs the obvious: the team doesn’t have a reliable starter at the position.

Hub: the upgrade the Dolphins gave to their offensive line during NFL Free Agency 2022 did not include center, which currently rests in the hands of a solid Michael Deiter, but with no one behind him in an emergency. Therefore, Miami needs an improvement in the position in the face of any setback and to increase internal competition in a position that has not stood out for its strength.

Linebacker: the unit requires a rotational upgrade, specifically on the inside. The team seems to like Jerome Baker, Elandon Roberts and Duke Riley as top options at the job, but adding one more player to the interior rotation would free Baker up more on the outside, which is a perfectly sound plan. Thus, a prospect who comes in and can develop to compete for the starting job two seasons from now is a sensible idea.

defensive end: Emmanuel Ogbah and Christian Wilkins are a great pair of players in the unit, however, a team can never use enough defensive ends. Miami should consider using one of its five leftover picks from the 2022 NFL Draft to select a player who may occasionally come off the bench next season, since behind Ogbah and Wilkins the depth chart he lacks talent.

Dolphins picks in the 2022 NFL Draft

Bringing in superstar Tyreek Hill didn’t come cheap. The Dolphins’ bargaining chip in the trade with the Chiefs was a first-round pick, a second-round pick and a fourth-round pick. Therefore, Miami will only go up the board five times this 2022 NFL Draft, and none will be within the first 100 picks:

The possible picks of the Dolphins

LB Damone Clark, LSU. Prior to the 2020 season, Clark was named captain and received LSU jersey number 18, which is awarded to a player who shows great character on and off the field. However, during the same campaign he underperformed and became a rotational element. By 2021 his level of play was reborn and now, with any luck, the Dolphins could find him available late in the third round.

LB Brian Asamoah, Oklahoma. While Asamoah has shown tremendous growth in his game over the past year, one thing has stood out from the get-go: his athleticism, making him one of the best linebackers available in this class. Adept at tackling and covering ground quickly, his great hip game also allows him to change direction superbly. Another extremely interesting option that Miami should consider.

C Alec Lindstrom, Boston College. The Dolphins offensive line was one of the worst last year, but for the coming season they brought in a new coach to solve the problem: Matt Applebaum, from Boston College. Therefore, Alec Lindstrom would be an ideal prospect to land on the team starting in the fourth round, thus reuniting with his former coach and shaping up to become the center of the future of this organization.

RB Dameon Pierce, Fla. Acquiring Chase Edmonds and Raheem Mostert solves the Dolphins’ short-term problems, but both landed on only one-year contracts. The above makes Pierce an ideal option for the franchise in the fourth round of the Draft. Last season in college he recorded 100 carries for 573 total yards and 13 TDs, along with another 216 yards and 3 receiving touchdowns.

This is the pre-2022 NFL Draft of the Miami Dolphins. What do you think this team will end up doing? We read you in the comments below this article and on our social networks.