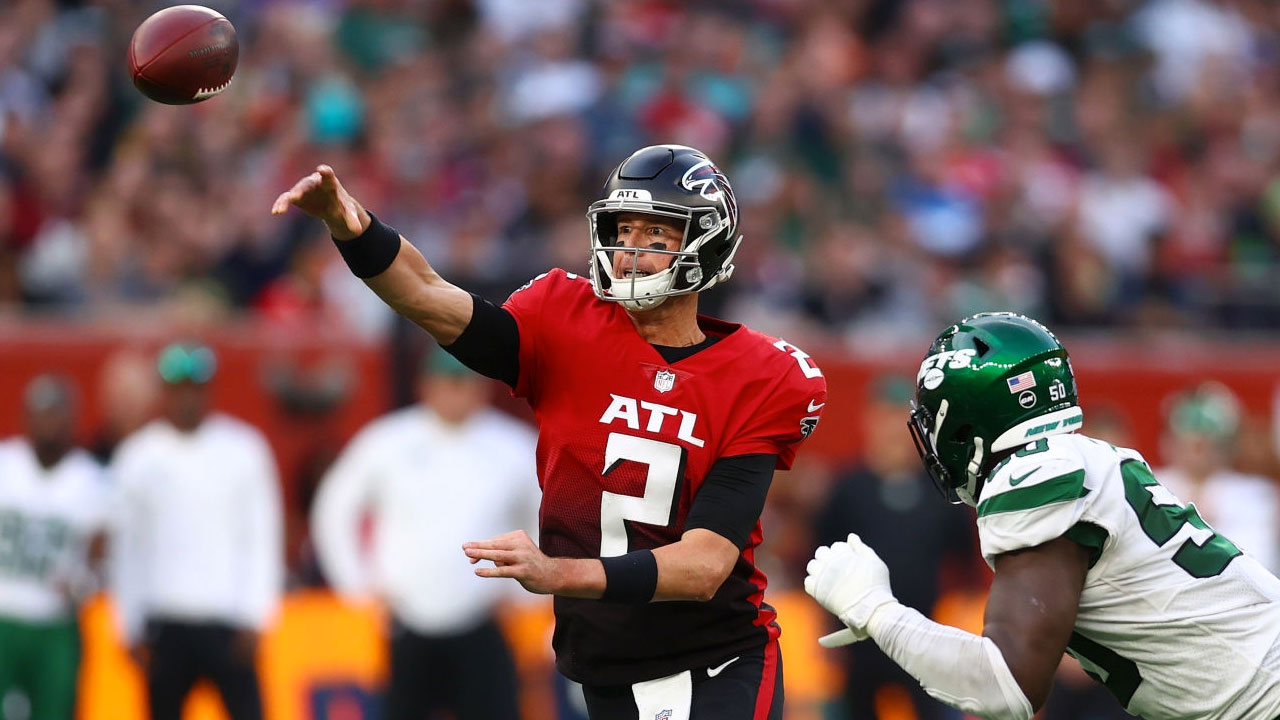 The Falcons’ 2021 season was promising for a few stretches, even winning seven total games, however, this team seems closer to collapse than eventual resurgence. Perhaps the only way to prevent that would be to maneuver cautiously during Free Agency so that he can cut ground within the NFC South and not find himself on the ropes as QB Tom Brady returns to the Buccaneers. Here’s what you need to know about Atlanta ahead of NFL 2022 Free Agency.

Atlanta may not look like a contender next season, but at least they have the wherewithal to stay competitive and avoid falling into the rebuilding phase. Via Over The Cap, the Falcons will have $16,170,605 in cap space available heading into 2022, which is seventh-best in the NFC and second-best in the NFC South. Surely this organization has enough resources not to be overly outmatched by its divisional rivals.

Cordarrelle Patterson was the offensive spark that kept the Falcons competitive for much of last season; losing him in free agency would be a real tragedy for the team. During 2021 he recorded 1,166 yards from the line of scrimmage, in what was by far his best season as a professional in his nine-year career. Retaining him will not be easy because thanks to his versatility his market is very wide, but Atlanta should do everything possible to keep him on the roster, at least in the medium term.

Instead, one offensive piece that has become expendable is Hayden Hurst. With the arrival of superstar Kyle Pitts, Hurst saw his snap throughout the season, but even with that he managed to finish with 221 receiving yards and 3 TDs; in the latter department beating Pitts himself. Still, you don’t have to follow the Falcons closely to recognize that Pitts is the future of this franchise, while Hurst will likely have to find a new organization to back him up.

Meanwhile, with Russell Gage there is no going back. This Tuesday the Buccaneers signed the LSU graduate, which means that in Atlanta they have one more hole to fill. Gage finished last season with 770 yards and 4 TDs, ranking second in the organization in both categories. The drop is even more noticeable considering WR Calvin Ridley’s one-year suspension for gambling.

Finally, the perimeter is the unit that could be depleted the most on defense with the eventual departure of Isaiah Oliver, who was limited to four games last year due to a knee injury. On the financial side, such a mishap could prompt Oliver to remain in Atlanta on a trial contract to verify that he can return to his old level. He started 28 of a possible 32 games between 2019 and 2020.

Second consecutive year that Kendall Sheffield’s name appears as a possible cut for the Falcons. Injuries have cut short his last two seasons by only being able to start nine total games, but despite this, he is still on the roster, which means that perhaps the coaching staff sees something in him that the naked eye does not detect. Sheffield could depart and free up $2.54 million in cap space for Atlanta, though keeping in mind they don’t have great depth at the position, it wouldn’t be a surprise to see him return for 2022.

For his part, Mike Davis had a solid 2021 considering that he is a backup running back: he recorded 138 carries for 503 total yards and 3 TDs. However, the organization must at all costs retain RB1 Cordarrelle Patterson, who will surely ask for a lot of money to stay in Atlanta. The above could result in Davis leaving the team, since a scenario where the Falcons prefer Davis over Patterson is almost nil. Cutting it would generate 2.5 million dollars in space cap.

Finally comes the case of Matt Ryan, who at 36 years of age no longer plays like the NFL MVP he was in 2016. Releasing him would benefit Atlanta with $8.75 million in space cap if the cut is made after June 1. The problem is that the team does not have another quarterback who is ready to take the reins of this offense, so Ryan, still being a good change piece, would logically only leave the organization in an eventual trade that, for example, landed the Texans’ Deshaun Watson as the new QB1.

Free agents that make sense for the Falcons

With Russell Gage and Calvin Ridley gone next season, the Falcons’ only reliable passing weapon currently on their roster is Kyle Pitts, who isn’t even a wide receiver. So the narrative needs to change, and bringing in Allen Robinson could be the perfect solution. Not only would he fill a much-needed spot in the passing game, he could also help extend Matt Ryan’s stay in the organization.

Atlanta High School is one of the units that most urgently needs help. Solutions that would instantly solve any problem would be Tyrann Mathieu or Jabrill Peppers Both will play free agency this week, and although incorporating them could be costly, they are locker leaders who could make the Falcons competitive defensively, an area that in recent years has been bad for the organization.

In addition to the above comes the case of Deshaun Watson. Along with the Browns, Panthers and Saints, via Adam Schefter of ESPN, the Falcons are reported to be serious candidates for his services. Watson in Atlanta could be the missing piece for this team to contend for the NFC South next year, even with QB Tom Brady deciding to return to the Buccaneers for his 23rd pro season.

Main needs of the Falcons in the NFL Free Agency 2022

Let’s be honest, Atlanta could improve on too many units. However, the interior of his offensive line is what asks for the most help. Last season she was catastrophic, ranking 29th in the NFL in allowed quarterback pressures. Anyone who watched a Falcons game last year surely saw Matt Ryan running for his life on more than one occasion.

Additionally, it is known that Ryan is running out of weapons. Kyle Pitts is a unique generational talent who plays tight end, but as far as wide receivers go, Olamide Zaccheaus, who in 2021 had only 406 receiving yards, is currently the projected WR1 on the team, and at first glance he doesn’t seem be trained for it.

Finally, the idea of ​​an arrival of Tyrann Mathieu or Jabrill Peppers to the Falcons has a reason to be. Erik Harris and Duron Harmon, the team’s starting safeties last season, will become unrestricted free agents this coming Wednesday. The secondary will be depleted if they can’t retain them, and whether it’s via Free Agency or Draft, they must improve the depth of this position at all costs.

This is how the Falcons arrive at the 2022 NFL Free Agency. How do you think they will face this offseason? We read you in the comments below this article and on our social networks.

This is how the Falcons arrive at NFL 2022 Free Agency