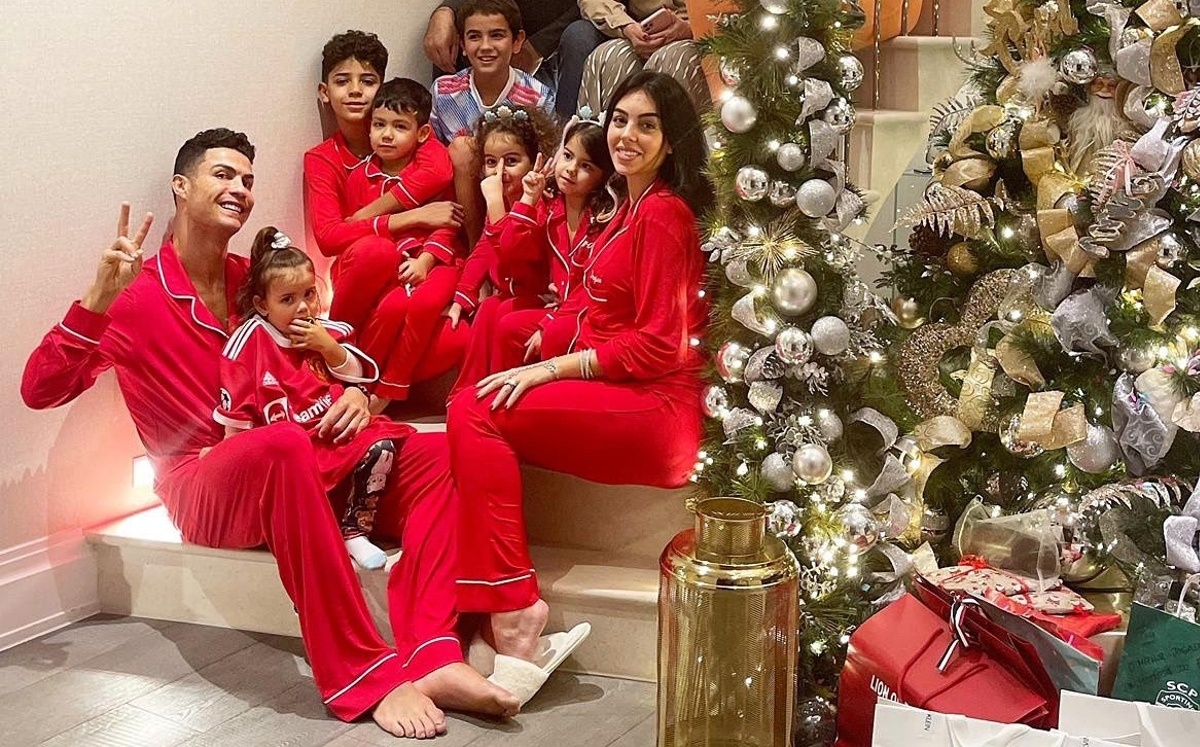 Christmas 2021 is everywhere and sport is no exception. From soccer players to NFL teams and Formula 1 drivers have shown on their social networks how they spend this December 24 or they have simply sent messages wishing happy holidays to their followers.

Here we bring you some publications from athletes and teams about the holidays.

A few minutes ago, Cristiano Ronaldo posted a photo with his family in which he wishes Merry Christmas. In the image, the player appears with Georgina Rodríguez and her four children waiting for the twins who will be a boy and a girl.

The Mexican Juan Toscano Anderson, prior to a Golden State Warriors game, took the microphone and became a spokesman for the team to send a message to the fans.

Federico Valverde, a Real Madrid footballer, posed with his son and wife and wrote: “We wish you a happy Christmas and a good night. Enjoy with your family and have a great time. Thanks for the support and Hala Madrid “.

Bayern Munich forward Robert Lewandowski shared a photo with his partner in front of the Christmas tree and wrote: “The best time of year.”

The now Alfa Romeo driver for the 2022 season is in his native Finland spending Christmas. He only shared: “Merry Christmas.”

The young forward of the moment, Erling Braut Haaland, also shared an image next to the tree in which two girls make their characteristic celebration

Pelé, who was released a few hours ago after at least two weeks in the hospital, shared that he will be able to spend Christmas with his family and thanked the messages of support.

This is how athletes around the world celebrate Christmas 2021