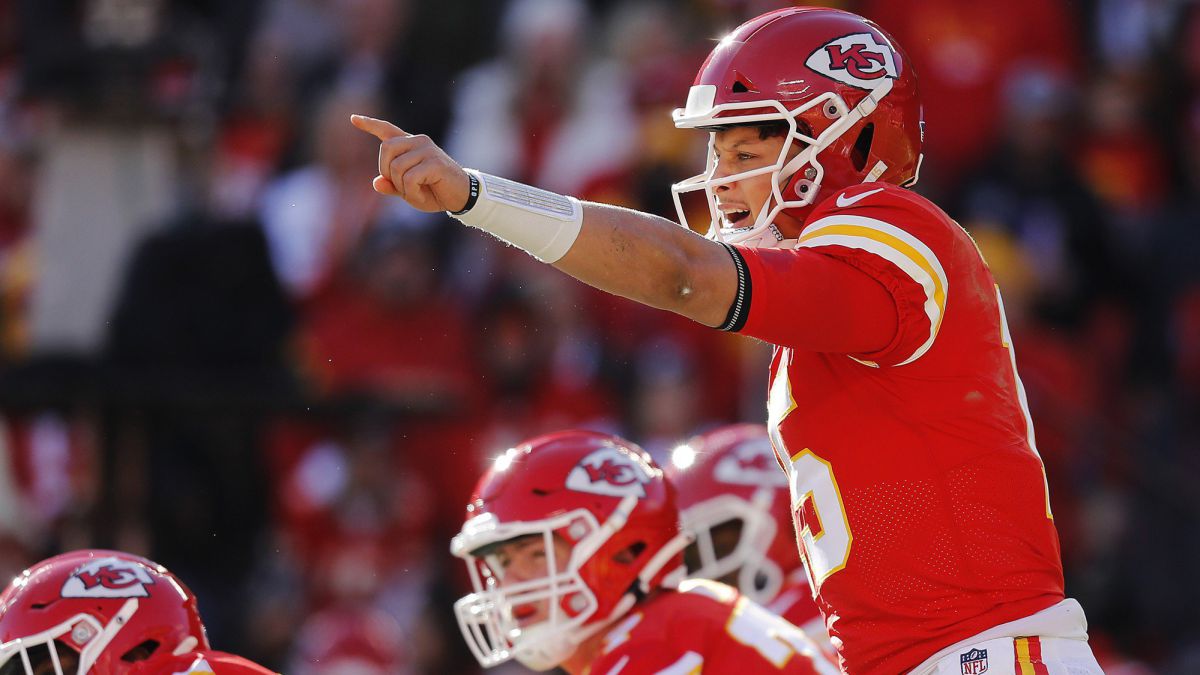 After 14 full weeks, only three teams in the American Conference are eliminated from the race for the seven playoff tickets.

The New england patriots (9-4) occupy the first place of the seed in the AFC and if the postseason started today the Playoffs would have to go through Foxborough.

However, there are three other teams in the fray, all 7-6: Cleveland Browns, Cincinnati Bengals and Denver Broncos.

The Pittsburgh steelers they are currently on the 11th step of the Conference, with a 6-6-1 record.

Finally, with 6-7 they appear Las vegas raiders and the Miami dolphins, still with the possibility of qualifying for the Playoffs.

What comes for each team

The Patriots (7-1 against AFC rivals) visit Indianapolis on Saturday and host Buffalo in Week 16, the two most difficult games in the last quarter of the season for the coach’s team. Bill belichick.

New England, which has seven consecutive wins, closes the regular season against Jacksonville and Miami.

The Titans (6-3 in the Conference) visit the Steelers on Sunday, in a game crucial to Pittsburgh’s aspirations. Then Tennessee faces San Francisco and Miami at home, to close the season in Houston, one of the worst teams in the league.

The Chiefs (4-4 in the AFC) have won six in a row with a defense that has improved dramatically. In the winning streak, Kansas City has allowed an average of 10.8 points per game.

On Thursday, the Chiefs have a tough divisional commitment to the Chargers, who defeated Kansas City 30-24 in Week 3.

The reigning AFC champions close out the regular season against three other Conference rivals in the race for a playoff berth: Pittsburgh, Cincinnati and Denver, the latter two on the road.

The situation for the Ravens (5-5 in conference games) could change dramatically and it will all depend on Lamar Jackson’s ankle.

The Baltimore quarterback was brought into the locker room in the second quarter of the game that the Ravens lost 24-22 in Cleveland and later coach John Harbaugh said Jackson sprained his ankle.

The Chargers (5-3 in the AFC) control their destiny. If they manage to win the last four games of the regular schedule, they will be ticketed as one of the Wild Cards.

After hosting Kansas City, they will play in Houston and then close with two rivals from the Western Division: Denver and Las Vegas.

The Colts (6-3 in conference games) started the season with three losses and are 7-3 since then, but they will be on trial for the next two weeks against what are probably the best two teams in the league at the moment: New England (9-4) and the Arizona Cardinals (10-2).

Indianapolis closes against Raiders and Jaguars.

The Bills (5-5 in the AFC), who have lost two in a row and three of the four most recent, got into trouble after losing Sunday at Tampa Bay.

Buffalo, however, has a calendar closure “a mode”, as three of their last four rivals have losing records: Carolina (5-8), Atlanta (6-7) and the Jets (3-10). The other is New England, which they will visit on December 26.

Browns, Bengals, Broncos and even the Steelers will be waiting for some stumble from Indianapolis or Buffalo to “steal” a postseason ticket.

The Super Wild Card Weekend begins on Saturday, January 15, 2022 and runs until Monday, January 17, with the first Playoff game on Monday Night Football.