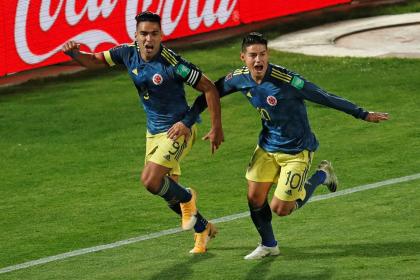 Every transfer market that passes, James Rodríguez and Radamel Falcao García are news in Colombia and the world. His future is a complete unknown.

Regarding the 10 of the National Team, Rafa Benítez appears as the great inconvenience to have regularity in Everton; Regarding the ‘Tigre’, his performance has not met the expectations of fans and even Galatasaray managers.

Perhaps the great problem of the largest referents in the coffee country is their intermittence. After a sublime past, injuries and a slow pace of competition have led them to go from one place to another.

Precisely in Spanish territory, a country in which the two shone like never before, there is much talk about the reasons why they now live in limbo and the conclusion seems to be unanimous.

In dialogue with ‘ESPN F360’, journalist Roberto Antolín gave his reasons why he considers Representative Jorge Mendes as the great culprit of “ruining” their careers.

First of all, the Spaniard assured that when Falcao shone with Atlético “Real Madrid, Barcelona and the best teams in Europe wanted him” and even recalled that “he had everything ready” to be a merengue player, but because of Mendes everything went to hell.

The ‘Tigre’ ended up arriving, to the surprise of many, at AS Monaco because “Mendes was earning an important commission.” Instead of going even further, his career began to decline at the peak of its time.

Regarding James, Antolín assured that “the Premier is not a football for him” taking into account the physical and athletic characteristics that the players need. In his opinion, the Portuguese representative should leave the cucuteño in Spain to exploit his qualities.

He also criticized the decision to have left Bayern Munich, when he had earned a place, to return to the ‘White House’ that still had Zinedine Zidane as coach. Quite a misstep.

Based on the above, he accurately sentenced: “Jorge Mendes ruined the careers of James and Falcao.”