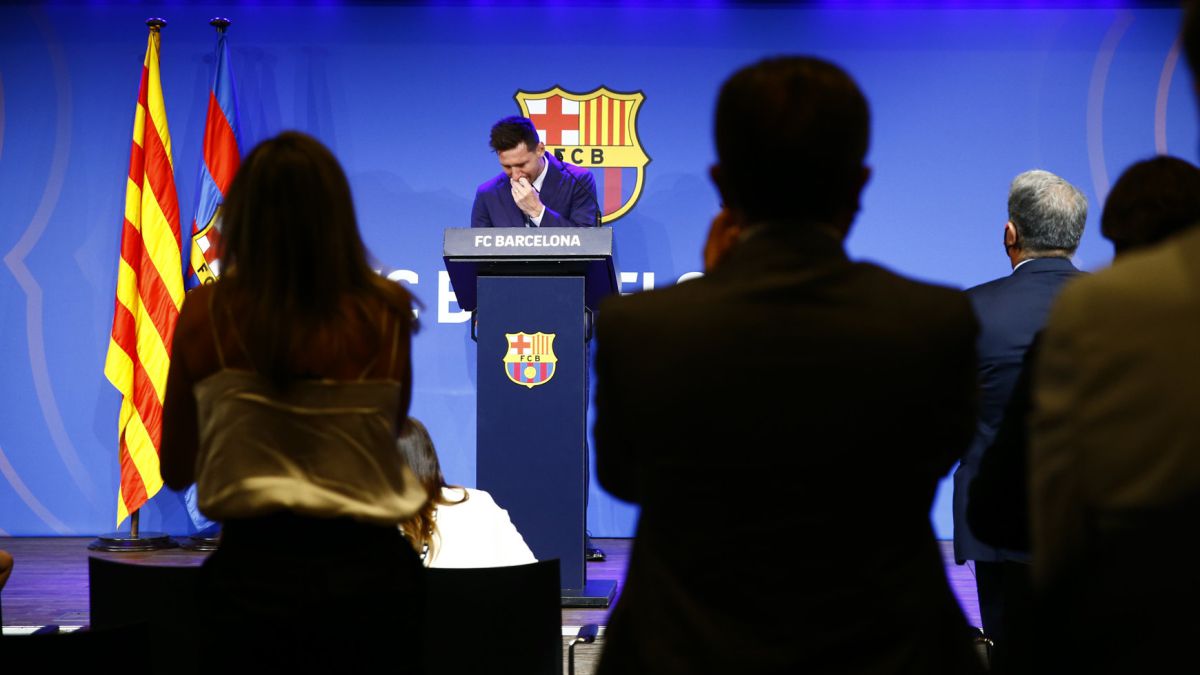 After Laporta spoke on Friday, on Sunday Leo Messi took the floor and in his speech, much more meaningful, exciting and clear that the president left certain unknowns that, surely, only with time will be clarified. The first is the question as to whether the club did everything in its power to retain the Argentine. There Messi said a definitive phrase: “I did do the possible and the impossible, the club, I don’t know.” He later added that “they asked me to cut 50 percent of my salary and I did it, then they didn’t tell me anything else, the rest are lies because I heard a lot of things.”

His future was also not clarified despite the fact that it seems that all the shots point to PSG. “When the statement was made public, I received many calls. One was from Paris, but nothing is closed, but we are talking.” Another of the doors that are not closed, but that are intuited is why he is throwing in the towel now when the market closes on August 31. There, Leo was very clear pointing out to the club: “The term was set by the president, the club had a very large debt and why throw it away if it seems impossible and I also have to think about my career”.

His relationship with LaLiga and, specifically with Javier Tebas, its president was not clarified either, although in his words Messi only made it clear that it was the club that informed him that the requirements of the regulations were not met. “Laporta told me that everything was settled and then because of the LaLiga issue it broke. I don’t feel fooled by anyone, just disappointed. The contract could not be closed by the League. But I have nothing to say to Thebes, I never said anything to him, the times I ran into him we greet each other normally, period. I have no problem with him, “he said.

What was clear is that there will be a tribute as the figure deserves, but the unknown is when it will be: “I am willing to do anything for this club, because that is where I want to return and be part of it in the future, but I don’t know when. It could be because we are in a difficult situation ”.