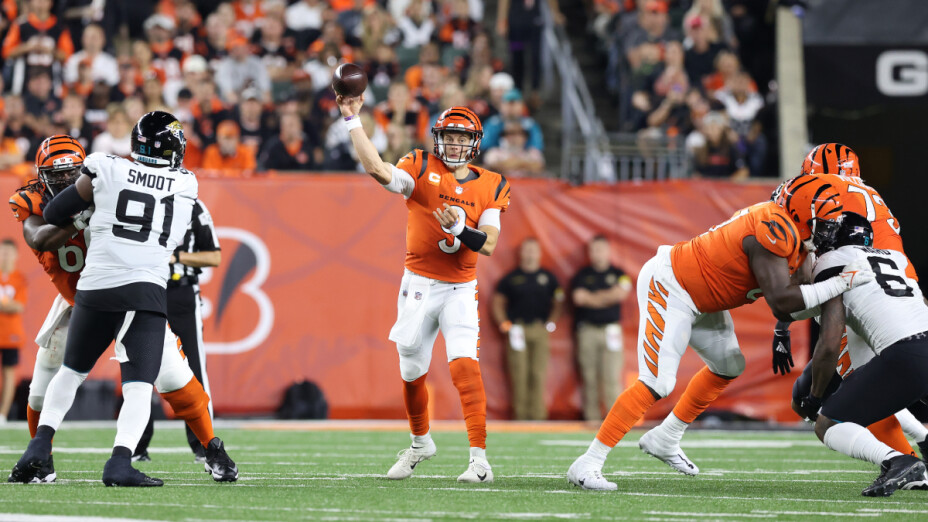 The NFL season 2021 continues his march and being one step away from the postseason, here we will review who were the best talents that came to the field for this year.

It should be remembered that NFL It was marked by the coronavirus pandemic, which affected several teams in recent weeks and also by some changes. The most marked is the 18 weeks within the regular season.

It might interest you: Kansas City secures its place in the postseason

It was a year where Trevor lawrence Y Zach Wilson, pick 1 and pick 2 of the Draft took the spotlight. However, none could shine with the Jacksonville Jaguars and the New York Jets respectively.

That is why the new talents excelled in other positions. There were other quarterbacks who could shine in their teams and that is why here we will talk about everyone, and each one of the players who made the NFL season 2021, something spectacular.

The receiver of the Cincinnati Bengals He is one of those responsible for keeping his team one step away from the postseason. With the ‘1’ on his back, he was among the top 10 receivers with the most yards throughout the year.

Below names like Justin Jefferson, Davante Adams, Cooper Kupp, among others with experience, Chase he surpassed 1,000 yards with still two weeks into the regular season to play.

A new era started in New england with Mac Jones at the controls. The Patriots quarterback led Bill belichick and company, to think back to the postseason.

He threw for more than 3,000 yards and broke what was intended to be a new domain of the Buffalo Bills on the Eastern Division of the American Conference. A quarterback who seems to have a bright future.

The 11 interceptions of Trevon diggs, maybe they make see Micah Parsons further on the defensive of the Dallas cowboys. However, the ’11’ of the Solitary Star has been the pillar of the team led by Dan quinn.

With two weeks to go until the regular season ends, he has 79 tackles and 13 sacks at quarterback. He is the leader in that department by the Cowboys.

The Atlanta Falcons they maintained a gray step within the NFL. However, we saw a Matt ryan much looser and with greater precision, than he had shown in recent years and that was thanks to Kyle pitts.

The tight end became the best receiver of the Falcons, before the surprise withdrawal of Calvin ridley. With more than 60 receptions, with two weeks to go until the regular season ends, he is about to exceed a thousand yards in what is already a historic season for him.

Waddle reached the Miami dolphins to join your partner in Alabama, Tua Tagovailoa. He did not disappoint in what has been his first year within the NFL.

With almost 100 receptions, Waddle He will skim the thousand-yard mark and be one of the stars of the NFL, regardless of what the Miami dolphins In the season.

It might interest you: The Packers win at home and go for the top of the National