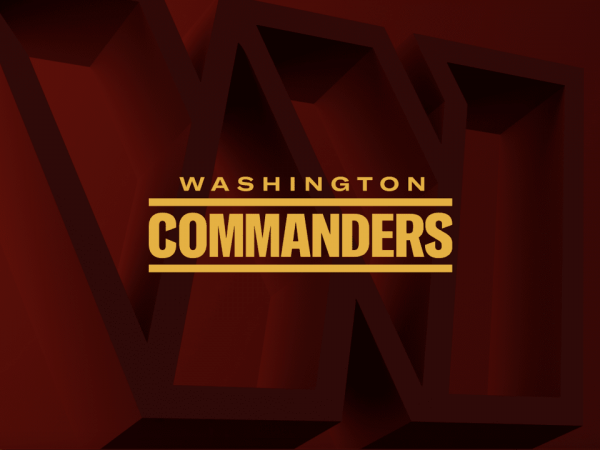 Every year there are surprise teams and players in the best football league in the world, the NFL. Without a doubt, the great revelation of last season was the Cincinnati Bengals, who had just won four games in 2020-21 and aspired to nothing more than compete in their own division (AFC North), with faith in their young quarterback, Joe Burrowwho returned from a tear of two ligaments that would question his level on his return.

#Sparklers QB Joe Burrow tore the ACL and MCL in his left knee, an MRI showed and will undergo reconstructive surgery and rehab for 2021, per @RapSheet & @TomPelissero

Entering the 2021-22 season, the Cincinnati team (+12,500) only surpassed the worst teams of the last edition in the bets to be champions. Twenty-eighth place among the favorites, ahead of the Jaguars, Jets, Lions and Texans, teams that by any criteria were among the worst in the 2020-21 campaign.

The new race towards Super Bowl LVII, to be played in Arizona in February 2023, will begin with teams seeking revenge and with young squads that promise to be the revelation and surprise all NFL fans.

These are the candidate teams to hit the ground running in 2022 and take a big leap from last season:

The Broncos team is one quarterback away from being highly competitive, with great young pieces on their offense like Jerry Jeudy (WR), KJ Hamler (WR), Javonte williams (RB), justin simmons (S) and his star rookie Patrick Surtain II (CB).

With rumors about his future in the QB position, the Broncos would be one of the teams interested in trading for the current NFL MVP, Aaron Rodgers, in case he decides to leave the Green Bay Packers. However, the Broncos can also look at other options to command their attack, such as Jimmy Garoppolo of the 49ers or bet on another young quarterback in the next Draft, such as Malik Willis or Kenny Pickett.

Looking ahead to the next free agency. Denver will have a wallet with $39.19 million in cap space to re-sign and re-sign players, more than enough to fill in the gaps on its team, improve protection for its future quarterback and bolster its offensive and defensive sides.

Although they share a division with the Broncos, Raiders and the powerful Chiefs of patrick mahomesthe young Chargers QB, Justin Herberthas not stopped improving in his first two seasons in the league after winning the Offensive Rookie of the Year award in 2020.

As one of the best quarterbacks in the NFL and one of the most accurate passers, Herbert will be looking to lead his team to the playoffs for the first time in his short career. After starting a 2021 season at an MVP level, but that collectively wasn’t enough. The young Los Angeles team suffered five of its eight losses by one possession last season, a case that should change with another year of experience for its players.

In addition, they have other category stars such as Keenan Allen (WR), Mike Williams (WR), austin ekler (RB), Joey Bosa (DE) and promising youngsters in Derwin James (S), Asante Samuel Jr. (CB) and Rashawn Slater (OT), rookie tasked with protecting Herbert who was nominated for the Pro-Bowl in his first season.

They are the second team with the most budget to spend in free agency, behind the Miami Dolphins and with $57.5 million in their wallet. With an interesting market to offer, they will try to take on the heaviest free agents to fight for a Super Bowl that seems more than possible with Justin Herbert as their QB of the future.

Justin Herbert is dialed in. #BoltUp

The Ravens’ season started upside down and since then little has gone right. One of their star defenders, the cornerback Marcus Peterssuffered an injury before the first week of the season that sidelined him for the entire campaign.

Little did the Ravens know that Peter would be the first domino for a cast of players who would suffer injuries that sidelined them for the entire year. The runners followed J. K. Dobbins (owner) and Gus Edwards; in addition to his other starting cornerback, Marlon Humphreysafety DeShon Elliot and his star offensive tackle, Ronnie Stanleywho were injured for much of the season.

The icing on the cake came with the injury of the quarterback and team leader, Lamar Jackson. The QB missed the last four weeks due to an ankle injury, games that were key to defining Baltimore’s passage to the Playoffs. They did not have enough to endure the absence of Jackson, MVP of the league in 2020 and they hope to be contenders for the ring again after a season they started 8-3, losing their last six games.

They were the Washington RedSkins. But in 2020 that name was buried and they had a couple of transition years. Now the team of Chilean Sammis Reyes opens a new stage as Commanders.

This must be the definitive year for the consecration of Daniel Jones as the quarterback of the future of the historic New York franchise. After arriving in the league in 2019, he has experienced irregular seasons, with many errors and turnovers, but with sparks of a talent that still needs to be polished to lead the Giants to the winning scene.

For this important mission, the “Big Blue” shook up their board, as they have a new general manager, joe schoenand a new head coach with brian daboll. Both are familiar faces, having worked for the Buffalo Bills, and were instrumental in rebuilding the team into a winning Super Bowl contender in no time.

Daboll was also key in the development of Josh Allen, QB of the Bills, who is today a strong candidate for MVP and one of the best players in the league. The coach hopes to achieve the same effect with Daniel Jones, who has failed to cement his game in New York.

With a profound change in its management and coaches, the Giants team already has good offensive pieces like Saquon Barkley (RB)Evan Engram (TEA)Kadarius Toney (WR), and Kenny Golladay (WR).

The first step will be to be competitive in a division considered the weakest in the NFL, the NFC East, made up of the Dallas Cowboys, Philadelphia Eagles and the Chilean Washington Commanders. Sammis Reyes.

It won’t be hard to get over another disappointing season for the Jags. His fans were filled with hope when they chose QB with the first selection Trevor Lawrence in the last Draft, college football star who was listed as the best prospect of all time.

Despite showing many signs of spectacular talent, Lawrence made many rookie mistakes and turnovers in his debut season, which is why he couldn’t find a rhythm with Urban Meyer as coach, who has already been fired and replaced by Doug Petersonformer Eagles coach and 2018 Super Bowl champion.

Pederson will look to bring a winning culture to Florida and hone Trevor Lawrence’s talent to the max. In addition to having young stars like the aforementioned marshal, Myles Jack (LB), Travis Ettener (RB), Laviska Shenault (WR) and Josh Allen (DE), Jacksonville will have the first pick in the Draft for the second consecutive year, having had the worst winning record in the NFL.

The Jaguars are likely to bolster their defense with Aidan Hutchinsondefensive end from the University of Michigan who aims to be the No. 1 pick for sure on April 28.

Fortunately, the Jags are the third team with the most cap space heading into free agency with $56.1 million in their pocket. They will seek to attract big-name players to this ambitious project led by a Trevor Lawrence who will have more experience on the corps and will have all the pressure in his second year to show why he was the most coveted player in the country coming out of college.

With the No. 1 overall pick in 2021 @NFLDraftthe @Jaguars select QB Trevor Lawrence.