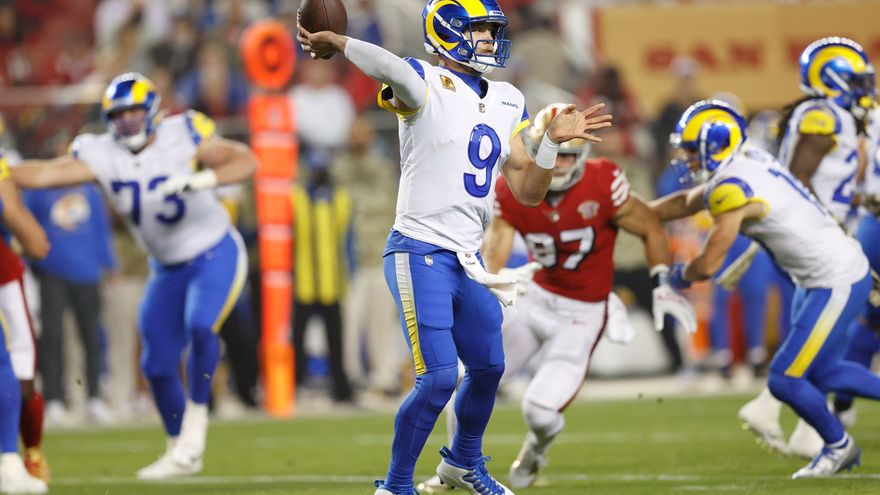 The Super Bowl LVI this Sunday between Los Angeles and Cincinnati will face two contrasting templates by the veteran of the star players of the Rams and the youth of the protagonists of the Bengals.

The age difference is marked from the quarterbacks.

The Rams quarterback Matthew Stafford33, third-best in yards on the season, is an offensive leader with 12 years of experience in the NFL, 10 with the Detroit Lions and two with Los Angeles, who will be looking to win their first Super Bowl.

His rival in the Bengals, Joe Burrow, 25, was just starting his college career at Ohio State in 2015. when Stafford was playing his fifth season with Detroit and already had experience from a couple of playoff appearances.

Although Burrow is in his second season with Cincinnati, he is considered the next big thing in the NFL.

National champion with the University of Louisiana and Heisman Trophy winner as a collegiate, Burrow has already led his team to the Division North titlethe American Conference championship, received the 2021 NFL Comeback Player award and will now play the Super Bowl.

The duel of receivers is no less interesting. In the Rams they have Cooper Kupp, 28, winner of the triple crown for the most catches, 145, the most yards, 1,947, and the most touchdowns, 16, in addition to the fact that he has just been recognized as the Offensive Player of the Year.

The Bengals’ counterweight is Ja’Marr Chase, 21, the youngest on the team, designated Offensive Rookie of the Season; he was the fourth best receiver of the season with 1,455 yards and 13 touchdowns.

The Rams also have more experience than Cincinnati in the running game, albeit by only a year difference.

Los Angeles’ defense boasts the experience of 30-year-old lineman Aaron Donald, a danger to opposing quarterbacks; he had 12.5 sacks on the season and caused four fumbles. This will be his second Super Bowl.

Despite having less experience than Donald, Cincinnati defensive end Trey Hendrickson, 27, was better at sacksadded 14, and caused three loose balls.

The contrast in ages extends to the kickers.

Matt Gay, born in 1994, with experience in the Buccaneers, Colts and now the Rams, boasts an ERA of 94.1 percent, the second best in the NFL.

For the Bengals is 22-year-old rookie Evan McPhersonthe second-youngest player on the team, who enters the Super Bowl confident that he has made all 12 of his field goal attempts in the playoffs.

The age gap is closing on coaches, with the Rams’ 36-year-old Sean McVay being younger than newly named Coach of the Year Zac Taylor, 38.

They are the men to watch, experience against youth in Super Bowl LVI that will be played this Sunday between the Los Angeles Rams and the Cincinnati Bengals at SoFi Stadium, in Inglewood, California.