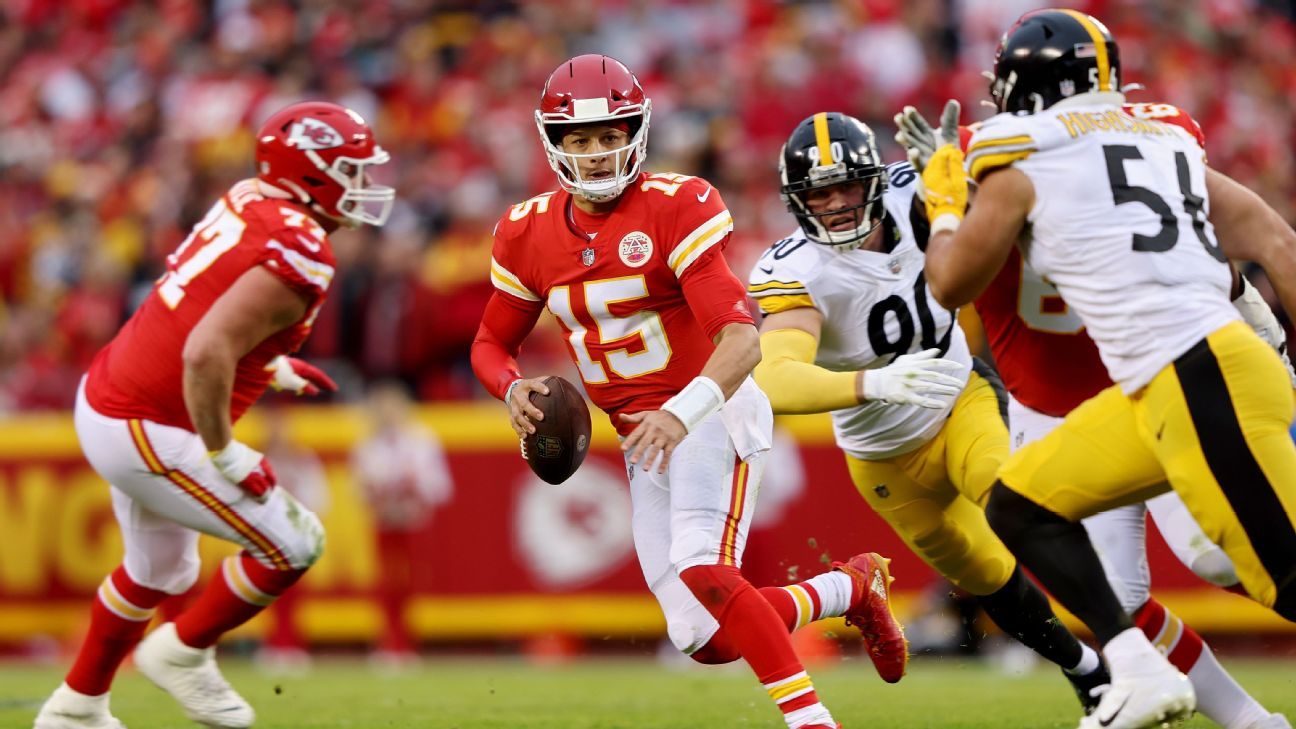 The Week 16 of the NFL kicked off Thursday with the defeat of the San Francisco 49ers who gave the ticket to the playoffs to Dallas cowboys, that tonight they can tie the title of the NFC East with a victory.

However, the Sunday session included some unexpected results that compromise the chances of some teams, such as Los Angeles Chargers who unexpectedly fell in front of the Houston Texans, While Los Angeles Rams debuted their leadership of the NFC West by beating the Minnesota Vikings.

In the afternoon, Kansas city chiefs they left no doubt which is the best team in the American Conference beating at home some Pittsburgh steelers they looked like an inoperative team at Arrowead.

The Bills are back in the driver’s seat in the AFC East and dependent on themselves heading into the postseason, Josh Allen was once again the usual threat as a quarterback and Mac Jones once again looked vague to undermine the efforts of the Patriots for returning to the top of the American Conference.

Philadelphia suffered more than the score says (34-10), with the Giants putting up resistance for much of the game, though eventually their lack of talent was evident when they tried to stop Jalen Hurts and company in the second half. This result forces the Cowboys to win at night to tie the NFC East.

The Lions are still an entertaining team to watch and they continue to show more heart than many other teams, they fell to the end against the Falcons but did whatever it took to win. Unfortunately, games in the NFL are not won just by deserving it.

The Ravens proved they could compete with their backup quarterback last week in the absence of Lamar Jackson, but this Sunday with their third quarterback it was impossible to keep up against the Bengals who hit over and over again the tired Baltimore defense to score a beating that puts them in the divisional leadership.

Despite the mistakes of Matthew Stafford, the Rams found a way to win with a solid running attack that gained important yards to keep Kirk Cousins ​​and the Vikings’ offense out of the field. Now the Rams extended their lead in the NFC West lead and their dream of playing the Super Bowl at home is still alive.

Trevor Lawrence did everything in his power to win, however, when he was in position to get it at the Jets’ 1-yard line, he missed and the Jaguars suffered another loss that brings them closer to the first overall pick in the draft.

For the first time in more than a decade, the Buccaneers are champions of the NFC South after beating the Panthers without problems, where it is more evident every day that Cam Newton’s experiment must end soon.

The surprise of the week occurred in Houston, with the Texans beating the Chargers that not only kept them away from the fight for the top of the AFC West, but also showcased the many shortcomings in the Bolts’ offense when Justin Herbert does not come out. on his best day.

The Bears rallied from a 10-point deficit in the fourth quarter to rally through the snow at Lumen Field, though their victory really is of little use because they no longer have a chance of making the playoffs. For Seattle it was simply the confirmation of its poor season in which in addition to securing its first losing record in a decade, it was officially out of the postseason.

Denver had a good second quarter with 13 points scored, but outside of that it was a team that produced very little on offense with Drew Lock at the controls in the absence of Teddy Bridgewater, making it clear that the search for the quarterback of the future must remain a priority for the Broncos. For their part, the Raiders took a small step towards the playoffs despite the irregularity that has marked them throughout 2021.

The Chiefs clinched the AFC West title in a resounding way, beating up a few inoperative Steelers without a problem who couldn’t score until they scored a field goal in the third quarter, when they were already down 30-0. The Chiefs were able to take their foot off the gas in the second half, knocking Patrick Mahomes off the field to avoid possible injury. At 11-4, Kansas City is the best team in the AFC and it looks like a stronger team on both sides of the ball every time.

The summary of the Sunday evening games of Week 16