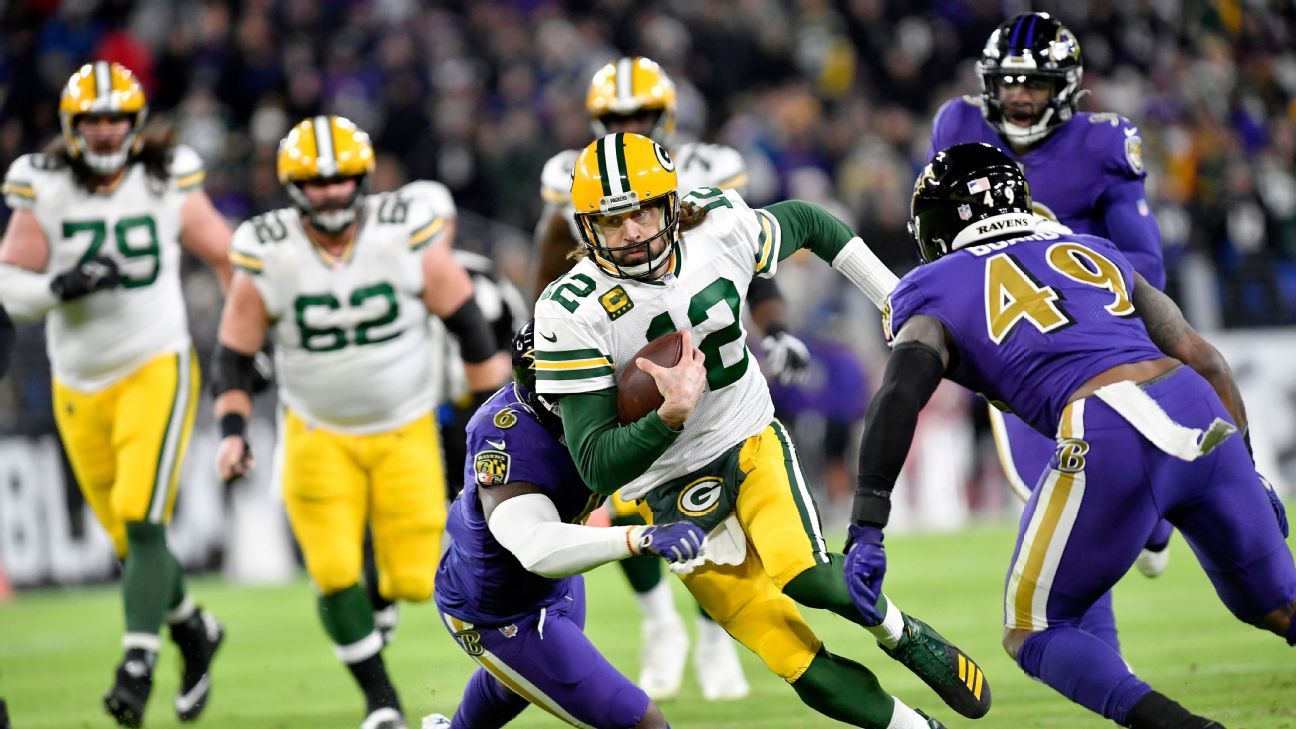 The Sunday day of the Week 15 of the NFL included some unexpected results that will undoubtedly have an impact on the playoff landscape.

The biggest surprise was the beating of the Detroit Lions to the Arizona cardinals, who not only arrived as favorites but as the No. 1 seed of the National Conference.

On the other hand, Pittsburgh steelers offered more resistance than expected against the Tennessee Titans, to stumble them in their quest for the top in the American Conference.

At evening games, Green bay packers took advantage of the absences of Baltimore Ravens to win, while the San Francisco 49ers continue to advance to the playoffs after beating the Atlanta Falcons.

Cam Newton continues to do everything in his power, but the offense simply doesn’t have the talent to get ahead, the quarterback scored once on the ground and threw a touchdown pass, but beyond that the Panthers were dominated by the Bills Even though Josh Allen didn’t have one of his best days, missing 15 passes and throwing an interception.

All the pools fell with this game, the Lions consummated one of the biggest surprises of the season at the hands of a Jared Goff who played almost perfect with three touchdown passes, in contrast to Kyler Murray who was not comfortable all afternoon, ending with just an interception and a touchdown delivery that came in the fourth quarter.

The Dolphins had to row upstream after a pair of interceptions by Tua Tagovailoa, one of them returned for a touchdown, but in the end logic prevailed to overtake the Jets to 7-7, raising his hand for a walk. wild card in the AFC. Running back Duke Johnson was featured with two touchdown carries to drive the win.

The Cowboys did not have to do much to escape with the triumph of New York, really the Giants were no rival with quarterback Mike Glennon throwing three interceptions that made the job easier for Dallas. Dak Prescott finished with a touchdown pass and Ezekiel Elliott scored once on the ground for a Cowboys who are getting closer to the title in the NFC East.

The Titans found a wall in the Steelers defense and the best summary of this game was Tennessee’s last play in attack when they were just inches from moving the chains and keeping the series that represented the comeback alive. For their part, the Steelers are again tightening the race for the AFC North and in general for the No. 1 seed in the American Conference that seems to be more open than ever.

The start of the post-Urban Meyer era was not all that good in Jacksonville, which failed to ignite its offense against the weakest opponent they could face in the Texans. Davis Mills made arguments to gain confidence as a backup quarterback for the future, because it is a given that Houston must look for a new starting quarterback in the draft.

Really the score is the least important in this game, the Bengals tightened the fight in the AFC North with their victory and the Broncos took a step back in their search for a place in the playoffs. Unfortunately, Denver lost quarterback Teddy Bridgewater to a spectacular injury, who left the field immobilized on a stretcher, the good news is that he has mobility in his limbs and that he was transported to the hospital as a preventive measure, however, the long list of injuries In the head – including a concussion this year – they leave a serious question mark about Bridgewater’s future in the NFL.

The running attack was the main protagonist in the 49ers’ win, with 162 yards and touchdowns from Kyle Juszczyk, Deebo Samuel and Jeff Wilson Jr. The Falcons were never really comfortable setting up their running attack and became predictable with Matt Ryan taking over. offensive charge once again.

John Harbaugh again wanted to play to win and again fell short. Following a Tyler Huntley touchdown in the final seconds, the Ravens looked for the 2-point conversion to turn the score around, but Huntley’s delivery to Mark Andrews (who finished with two touchdown receptions) was incomplete and the Packers finished. escaping with victory. Now Green Bay improved its record to 11-3, clinched the NFC North title, its ticket to the playoffs and leads the National Conference, while Baltimore stayed at 8-6, further and further away from the No. 1 seed. of the AFC and with a minimal advantage over the rest of his division.

The summary of the Sunday evening games of Week 15