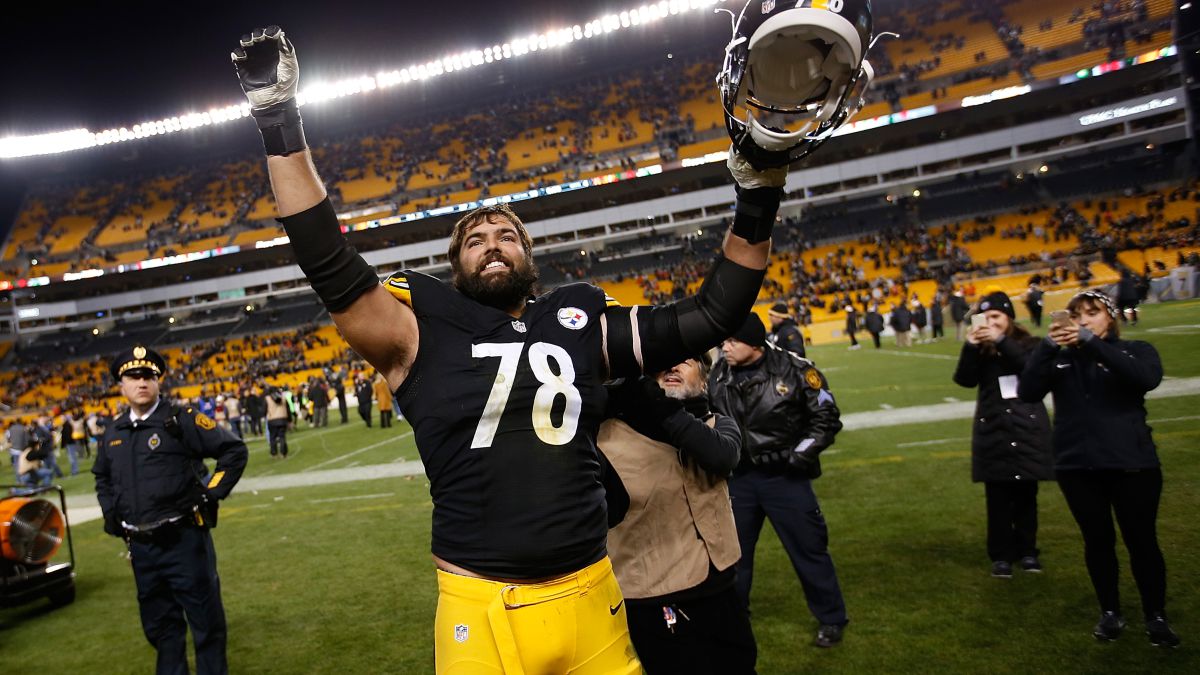 Alejandro Villanueva, the Spanish pioneer in the modern era of the NFL, has decided to retire after seven years in the elite of American football. The ‘offensive tackle’, who had a contract with the Baltimore Ravens for the next season, He will not play next year, as journalist Adam Schefter has reported. Villanueva’s career in the NFL closes with the selection for two Pro Bowl (All-Star of the league) as highlights.

Villanueva was born in 1988 in Meridian, Mississippi (United States), where at that time his Spanish parents resided, Ignacio and Matilde, since their father was a NATO soldier. Despite this, Villanueva always had Spanish nationality. When he lived in Spain during his youth, He began to play rugby, a sport in which his brother Iñaki has been international with the Spanish team. However, upon moving to Belgium, Alejandro went on to practice American football. Given the military roots in his family, Villanueva attended the West Point Military Academy, where he played on the college football team, the Army Black Nights.

At this stage, Villanueva did not even have a defined position. He was originally a tight end, although he started out playing defensive line, and already in his second year he became employed in the team’s offensive line. He even tried to become a catcher. At the end of his university period, the Spaniard was not chosen by any team in the 2010 Draft, and he even tried out for the Cincinnati Bengals and the Chicago Bears in the following years, but he was never offered a contract. That made Villanueva decide to enter and climb in the US Army, where he reached the rank of captain. He went to Afghanistan up to three times. There, the Spaniard rescued several soldiers during a firefight, earning him the prestigious Bronze Star.

However, in 2014, Villanueva decided to return to his dream of playing in the NFL. He signed a contract with the Philadelphia Eagles, although he was not assured of making the final squad. He himself said that, if he did not succeed, he would return to Afghanistan. After playing a few preseason games with the Eagles, ‘Ali’ was finally released. But before that, in one of those games that he played, Villanueva caught the attention of rival coach Mike Tomlin of the Pittsburgh Steelers. The height of him (2.06 meters) and the ability to move made the Steelers sign him right after he was cut by the Eagles. The first thing they did with him was to change his position, ceasing to be a defensive line to play on the offensive line. He worked hard to move up in weight, hitting 300 pounds, and during that 2014 season, Villanueva was always on the Steelers’ practice squad.

It was in 2015 when he received the opportunity and was able to fulfill his dream of playing in the NFL at age 26. The injuries of several teammates even opened the door for him to start in the ‘left tackle’ position. He made his regular season debut on September 10, 2015 against Tom Brady’s New England Patriots. In this way, Villanueva made history for Spain. Previously, only the Rodriguez brothers, Jess and Kelly, and Ray Rowe had played in elite football. The first two, born in Avilés, did so in 1929 and 1930, when the NFL did not exist as it does today. The second, born in Rota but of American parents, spent two years with the Redskins in the 1990s. After Villanueva came JJ Arcega-Whiteside, who has been with the Eagles for three years.

Since Alejandro took the title in Pittsburgh, he never let go of it again. Of the 113 games he has played over seven seasons, Villanueva has started 107 of them. He soon became one of the best in the entire NFL at his position. Proof of this were his selections for the Pro Bowl in 2017 and 2018. All this, moreover, in one of the leading teams in those years. The Steelers had a lot of offensive talent, with weapons like Antonio Brown and Le’Veon Bell, as well as a Ben Roethlisberger who was perfectly protected by Alejandro. The Spaniard and his Steelers reached the playoffs four times, and it was in the 2016 season when they were closest to glory, but Brady’s Patriots cut their way to the Super Bowl by prevailing in a very close AFC conference final.

Last summer, after six years in Pittsburgh, Alejandro Villanueva changed airs in a well-known move, as he signed as a free agent for the Baltimore Ravens, eternal divisional rivals of the Steelers. This 2021 season was not easy for the Spaniard, mainly because He played in a different demarcation than the one he had been used to for six years. The Ravens didn’t have their best year and didn’t even make the playoffs. Alejandro (who, as a curiosity, was currently the tallest player in the NFL) had one year left on his contract with Baltimore, but at 33, he has decided to end a seven-year career as a professional in one of the most physically demanding sports (average retirement age in the NFL is 27).

That of Villanueva closes, therefore, as a brilliant career in the best football league in the world, being him a pioneer in Spain of a practically unknown sport. In his career, Villanueva has won 33 million dollars in his different contracts, showing this figure that he has always been well valued in the NFL. His two selections for the Pro Bowl show the quality that he has always treasured when it comes to protecting his quarterback. And, as if that were not enough, many of the Spaniard’s teammates and coaches have become accustomed to praising the person Alejandro is.

The Spanish Alejandro Villanueva retires after 7 years in the NFL