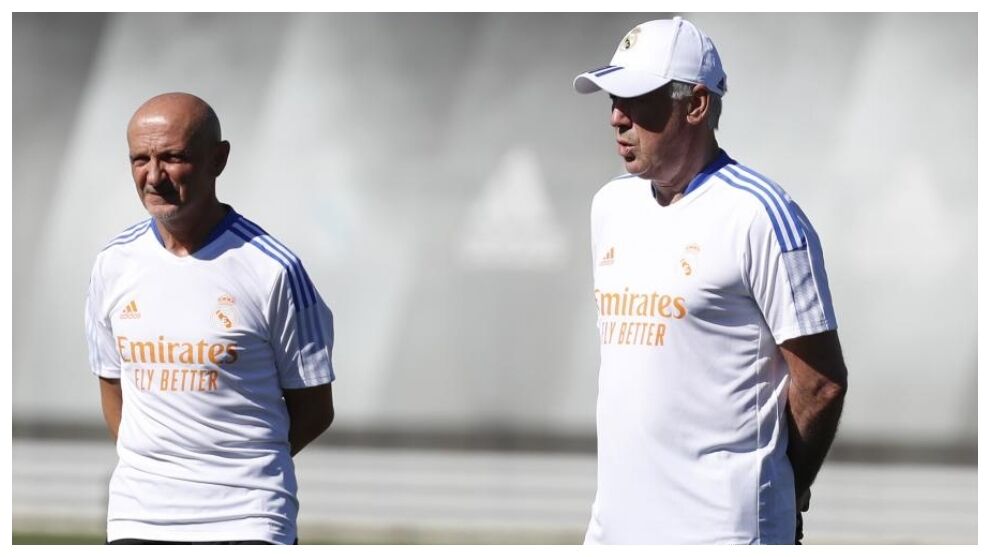 Antonio Pintus is the man from the preseason at Real Madrid. The new person in charge of the physical plot monopolizes the spotlights, always under the supervision of Ancelotti, at a key moment in the development of the players. I came back as a great strategic signing of the club and it is not disappointing.

Seven consecutive days of work, eight training sessions, two double sessions, three concentrations and one match be the balance of the first week of work of Real Madrid. Tomorrow the white outfit closes it with a training match against Fuenlabrada in Valdebebas, in which to be the first test of the preseason.

And possibly not the last rehearsal of this style, considering that the first friendly is scheduled for the July 25 in Glasgow against Rangers. In that two-week window between one engagement and another, Ancelotti may design another party in the style of Fuenlabrada.

It is a way of shaping on the field of play the intense work that the players are doing under the command of Pintus, which has arrived with the same level of demand with which it left. His message has been clear in the first few days: “You have to put the batteries”.

And the players are doing it. For the moment, without respite, because the team has not had a rest day yet. The volume of work these days is important and the team already accumulates eight training sessions in the first week, nine if we take into account the match against Fuenlabrada. These are days of slippers rather than boots, of Pintus more than Ancelotti and physical work rather than field work.

For now everything is going according to plan and, most importantly, without any major scare in the form of injury let him take someone off the hook from the rest of the team’s work. Only Isco was absent in the first two training sessions for a personal problem, Odegaard raised his foot a little in the Tuesday morning session and Jovic, who has worked on the sidelines today.

Lucas Vzquez and Carvajal They started with certain precautions after finishing the season injured but they are already at the same pace as the group. In this sense, the only setback is the loss of Mendy, who is still recovering from the injury that separated him from the last three weeks of competition.

The star of Pintus shines in these first days of work and that is the reason why the club has recovered it in search of a new impulse in the physical field and within a revolution in the technical organization chart headed by Ancelotti.