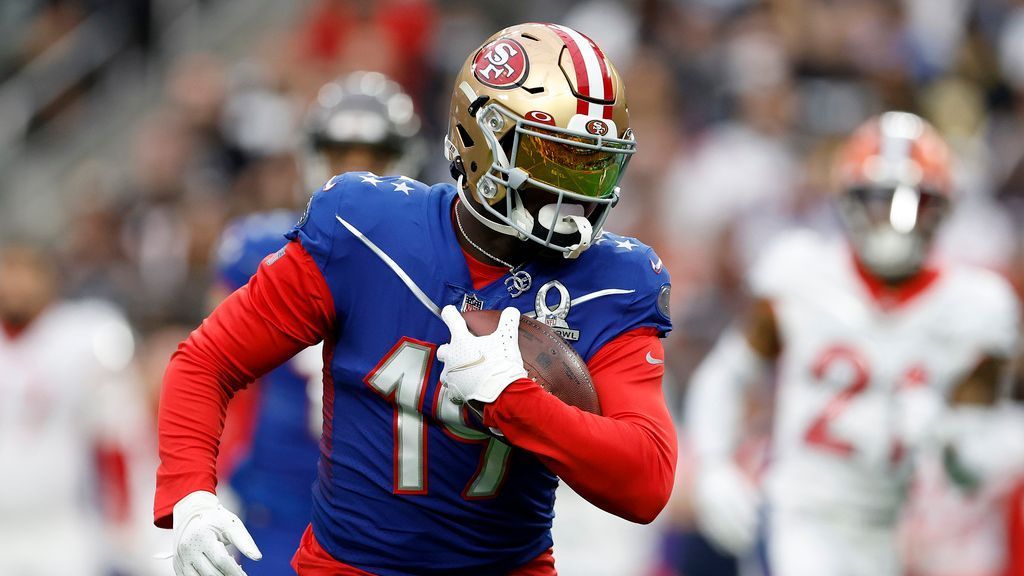 San Francisco general manager John Lynch revealed that he has been in constant communication with the star wide receiver, who recently asked to be traded, to try to get him to stay with the team.

The general manager of the San Francisco 49ers of the NFL, John Lynchaffirmed this Monday that they have not considered the 2022 season without their receiver Deebo Samueldespite the fact that he asked to leave the team.

“I can’t imagine trying to outrun deebo; I have nothing but appreciation for the boy, I have been in contact with him for several weeks and we are going to try to make him stay,” he said. Lynch at a press conference.

In the past week, Samuel he asked the 49ers be traded in this free agency even though he still has a year left on his rookie deal, something the manager of San Francisco He didn’t want to go deeper.

“There are things that we need to talk about privately with him and I don’t think talking about that is productive, right now it’s not the best option for the organization to talk about trade options. deebo“, he explained.

Deebo Samuel had a 2021 season with 1,405 receiving yards thanks to 77 receptions and six touchdowns, which combined with the 365 rushing and eight touchdowns, was a record for a receiver in the NFL.

John Lynch recognized how important the 26-year-old player is for the team, selected at Pro Bowl for the first time in 2021.

“The way he plays is inspiring, he involves leadership, he makes the players around him better, he’s a great teammate, so you don’t just let players like that go,” he insisted.

The general manager trusted that they will be able to convince the owner of the jersey with the number 19 to continue in the 49ersthe team that selected him in the second round of the Draft 2019.

“We have been aware since we have been here that we have to listen to what each player wants and that is why we fully trust that we can find the solutions to solve whatever is happening with him.”

Lynch also announced that they reached an agreement with the star of their defense, the wing Nick Bosafor the 2022 season.

“We have exercised the option that we had so that Nick is with us in his fifth year, we must now work towards a contract extension for the future.”

bag He was the defensive leader of the 49ers with 15.5 sacks, so the manager considers it essential for the coach Kyle Shanahan.

“We’re going to do everything we can to keep him a part of the organization for a long time; he’s a fundamental player, as much as deebo“.

The San Francisco 49ers are not considering playing without Deebo Samuel