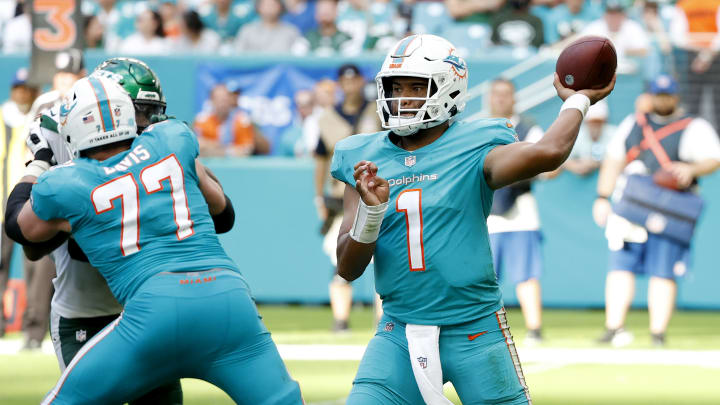 The Miami Dolphins are not the favorites to win the Super Bowl in the 2021-22 NFL season. However, today, they are one of the best-playing teams0 and are on their way to saving the season with a move to the playoffs. This reality is the product of the success of coach Brian Flores, who endured criticism and mistrust when they were mired in a losing streak in October. He stayed true to his idea of ​​the game to get the boat afloat, ratified his support for quarterback Tua Tagovailoa and the result is the renewed possibility of fighting for big things.

Obviously the Miami organization doesn’t look as powerful as the Green Bay Packers, the Kansas City Chiefs, the Los Angeles Rams and the Tampa Bay Buccaneers; the 4 with the most chance of winning the title in February. But they are laying the foundations to be a team to be reckoned with in the short and medium term. His main strength passes through the settlement of Tagovailoa, who in this 2021 confirms that the star aura with which he came to the league was not free and is more than justified.

The former University of Alabama prospect has very decent numbers for a quarterback in his second year: In 10 starts out of 11 games played, his completion percentage is 70%, a very high number. If all goes well in the last two dates of the regular round, he can close with an average of close to 240 in passing yards and on the border of 20 touchdowns. They are not statistics like those of Patrick Mahomes or Aaron Rodgers, but they indicate that the Hawaiian has not yet reached his ceiling.

Another strength of these Dolphins is their defensive squad. Without big names, or stars with recurring trips to the Pro Bowl, Florida’s are leaders in sacks by rival quarterbacks and are in the top 10 in points allowed to opponents. And here again we must agree with Brian Flores, who always promoted the idea of ​​having a formation that would not give freedom to offenses and allow him to fight games to the death.

The proper names of this Miami defense are Emmanuel Ogbah and Jaelan Phillips, who have become a terrifying couple due to their ability to stop attacks. With them, a group stands out in command, completed by Brandon Jones, Jerome Baker and Christian Wilkins.

When Week 17 takes place, the Dolphins will jeopardize the 7-win chain that has them in the fray. They can lengthen or cut it. Even for those things in sport, they can be eliminated at the last date. But the road to success has already begun. You just have to wait for them.