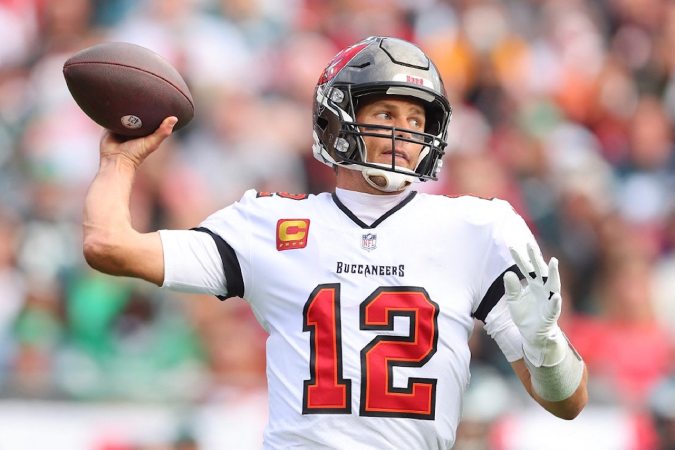 Tom Brady returns, joy returns to the NFL. Brady’s retirement did not last long, since a little more than 6 weeks after announcing his retirement, he reversed the decision and will return to play with the Tampa Bay Bucaneers for his 23rd season in the NFL.

Also read: Tom Brady returns to the NFL: My place is still on the field and not in the stands

Brady’s 7 championship rings demonstrate the winning spirit of the quarterback, but also the legendary New England Patriots QB is one of the examples of the greatest healthy longevity in a sport. Proof of this are his amazing numbers, which he will seek to expand in this 2022-2023 NFL season.

Being on the floor for 22 seasons has allowed Brady to put up some of the most astounding numbers in league history. For starters, Brady is the QB with the most games played in the regular season with 316 (he could reach 332 if he plays all year) and in the playoffs with 46.

Brady will also continue to add yards to his passes, currently registering 84,520 yards in his career, a number that could approach 90,000 yards this year.

But the NFL is a scoring game and there is no quarterback that comes close to the 624 touchdown passes that Brady has achieved throughout his more than successful career, this has also translated into being the leading quarterback 5 times in TD passes in the league and the only player in history to have recorded 5 TDs in the same quarter.

A team that will not be at all happy with the news of Brady is the Buffalo Bills, the team that Brady has won the most times in his career, defeating them 33 times. And if we talk about victories, there is no player in the league who has won as much as him, he has 243 wins in the regular season and 35 in the Playoffs, for a round figure of 278 wins for only 38 losses.

Also read: Aaron Rodgers will be the highest paid in NFL history

The old man of the league

Staying active in the league means Brady also owns most of the records for the longest player to achieve a feat in the league. For example, Brady is the oldest to start a Super Bowl game, which he did at 43 years and 188 days.