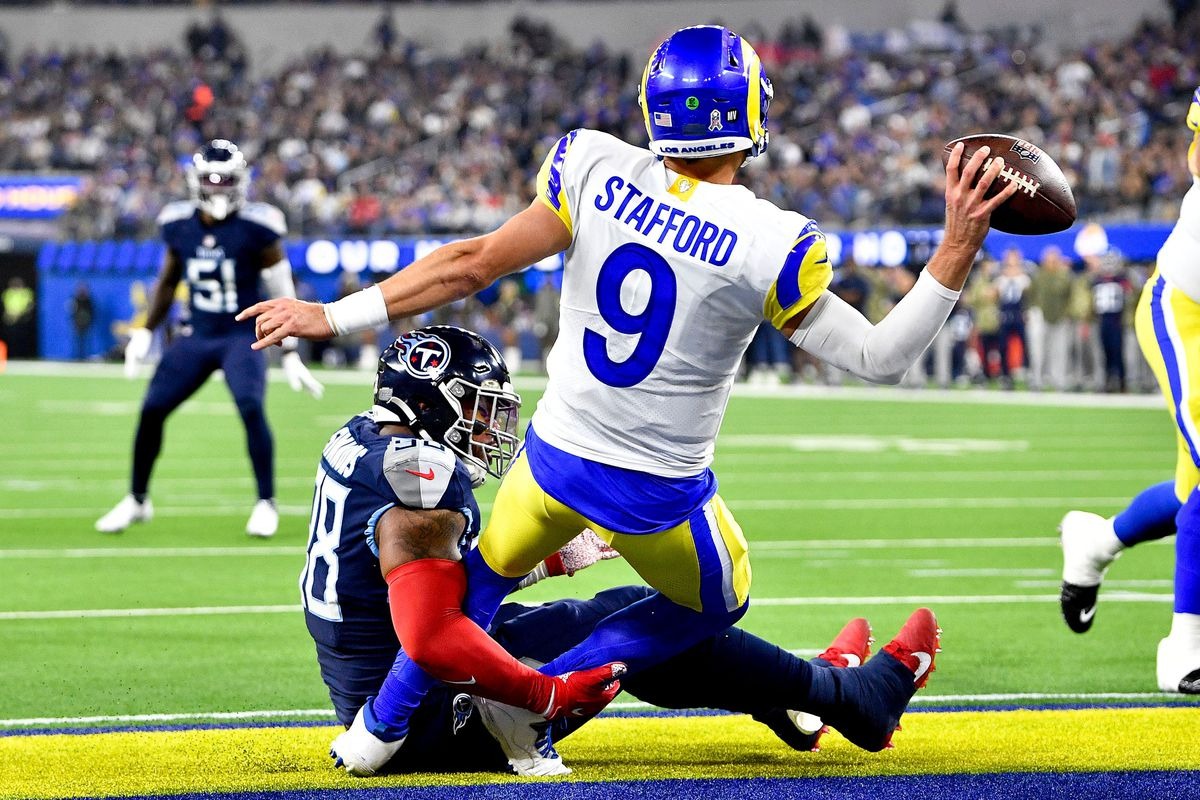 HERMOSILLO, Sonora (Heri Verduzco / BIP) .- At the start of the 2021-2022 NFL season things were looking very good for the Los Angeles Rams, the trade with the Detroit Lions for their star QB Matthew Stafford, for Jared Goff, seemed like the right move to take them to the next level.

The team began to bear the expected fruits, because in the first eight games, where they only fell 37-20 to the Arizona Cardinals in week four, they placed second in the West Division of the National League with a mark of 7 -1.

With that record, the Angelenos positioned themselves as serious contenders to reach the Super Bowl, in addition, they made one of the most striking trades of the campaign by exchanging a second and third round selection of the 2022 Draft for linebacker Von Miller of the Los Denver Broncos.

With the arrival of the MVP in Super Bowl 50 with the Broncos, the Rams defense was further strengthened, added to the talents of star defensive tackle Aaron Donald and cornerback Jalen Ramsey.

However, the announcement of Miller’s hiring did not prevent the Rams from falling to the Titans in week nine, 28-16, in a disastrous performance by their quarterback Matthew Stafford, who registered two interceptions.

Days later the hiring of controversial wide receiver Odell Beckham Jr was formalized, who was cut by the Cleveland Browns and signed for a year and $ 4.25 million as a free agent.

But the problems continued, as they were beaten by one of their divisional rivals, the San Francisco 49ers, 31-10. They then had their bye week and last Sunday, November 28, they lost their visit to Lambeau Field 34-28 against the Green Bay Packers.

Now the Rams will have to tighten the nuts and hit the gas if they don’t want to be overtaken by San Francisco, who already have a 6-5 record, while Los Angeles stalled at 7-4.

Although they still have six dates to play, the road will not be easy, despite the fact that the following Sunday they host one of the worst teams in the NFL, the Jacksonville Jaguars.

At home they host the Seattle Seahawks and close against the San Francisco 49ers; and they will visit the Arizona Cardinals, Minnesota Vikings and Baltimore Ravens, consecutively.

The Rams crash and their tough road to the NFL Playoffs