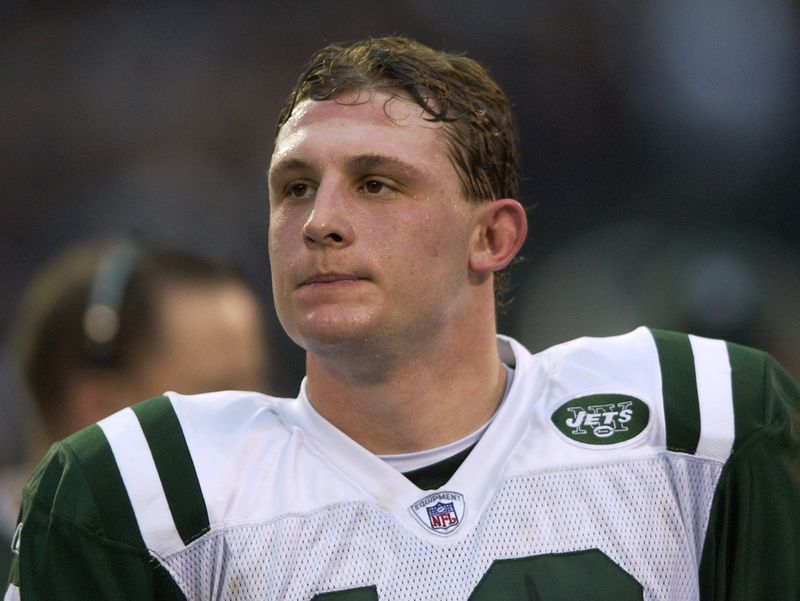 Touted as the biggest steal in NFL Draft history, Tom Brady is the most recognizable player in American football, at least in the 21st century. Followed and criticized almost equally, no one doubts that that quarterback selected by the New England Patriots in the 2000 Draft in the sixth round with the 199th pick, is a player who marked an era on the gridirons, to the point that no one has won more rings than him (either team or person).

Today it is even laughable to realize that many passed up the quarterback and opted for other collegiate talent, but nobody had not the slightest idea of ​​the diamond in the rough that was inside that young Michigan graduate and that today has made the NFL a product that is marketed globally.

But, who were the quarterbacks chosen in the 2000 Draft before Tom Brady? How much were they overshadowed by the former leader of the Pats and current manager of the Tampa Bay Buccaneers offense? (By the way, he came back to play one more campaign… if he doesn’t decide to prolong his career, as happened when he regretted his retirement).

That generation did not seem like there was a quarterback who rose with the credentials to be considered a super prospect.or – how wrong everyone was not knowing what was to come with TB12 – why defensive end Courtney Brown was the first pick.

While he fell short of what was expected of him (he only played six years, posting just 156 tackles, 19 sacks, and six forced fumbles), here we’ll focus on the No. 1 quarterback picked in the Draft, until eighteenth turn.

A Marshall graduate, Chad Pennington joined the New York Jets, a team that has historically struggled to find its leader in the passing game (there’s no better role model than Joe Namath with the New Yorkers). He played 11 seasons, between 2000 and 2007 with the Jets and the last three years in Miami, but the last two seasons completely sidelined by injuries.

In fact, he only played 10 or more games in five seasons, plus he topped the 3,000-yard barrier three times. His total production of 17,823 yards, 102 touchdowns and 64 interceptions are far from the expectations that were held for him … especially since he said goodbye to the gridiron when Brady had already won three rings and two regular season MVPs.

The San Francisco 49ers have been fortunate to have two of the best quarterbacks of all time in their ranks: Joe Montana and Steve Young. Sadly for them, Carmazzi is a long way from even having numbers to remember him in the bay.

He played against Brady in his only season in the league and delivered numbers to forget: Three of seven completions for 19 yards in the Hall of Fame preseason game, a 20-0 win for the Pats.

The Hofstra product was never able to secure a starting spot and tried his luck at Rhein Fire (the team of the defunct NFL Europe) in 2001. He played American football in Canada between 2004 and 2005 before saying goodbye to the helmet and shoulder pads .

According to an NFL Films documentary, he is a farmer in North Carolina.

The Baltimore Ravens let Tom Brady go in favor of Chris Redman. The quarterback never found a place to shine in the NFL. Although he belonged to the team that won Super Bowl XXXV, he did it to be part of the squad, since he did not play a single minute as a substitute.

He was selected by the Pittsburgh Steelers, with whom he was between 2000 and 2001 and only managed 69 yards and an interception. In 2002 he went to play for the Rhein Fire in the NFL. Europe and led them to a 7-3 season, to be the best team in the league, but they lost the World Bowl to the Berlin Thunder (26-20). That was his best feat on the professional grid.

He was part of the practice squads for the Philadelphia Eagles (2002) and the Oakland Raiders (2003). He has performed best as a coach: he started in 2006 with Morehouse College and is currently a wide receivers coach with the Baltimore Ravens.

Of all those chosen before Tom Brady, he is the one who could shine the most. Drafted by the New Orleans Saints, he was only in training camp before being cut. From there he moved on to the Atlanta Falcons’ practice squad for six weeks, until he joined the St. Louis Rams, where he finished the 2000 season.

On January 12, 2001, the West Virginia alum re-signed with the Rams, although he was the team’s third quarterback on the roster (he saw no activity at all). He played with them until the 2002 season, more precisely after Week 5 (all with losses), replacing the injured Jamie Martin, who in turn replaced Kurt Warner, also injured.

His start was good: 6-0 record, although he was injured in a game against the Seattle Seahawks and the Rams closed that year with a 7-9 record.

Everything changed in 2003, when he was designated as Warner’s backup, but Kurt (current Hall of Famer) lost five balls and suffered a concussion in the opening game of the Rams against the New York Giants. Bulger took the reins of the team and led them to a 12-4 record, taking the NFC West and byeing the first round of the playoffs.

However, they lost to the Carolina Panthers in the divisional round, but Bulger established himself as his team’s quarterback and earned his first call up to the Pro Bowl, where he was named Pro Bowl MVP.

The Rams decided to release Warner in the summer of 2004 and Bulger was his starter: that season he suffered, but they got into the playoffs with an 8-8. They defeated the Seattle Seahawks in the wild card round (27-20), but lost to the Atlanta Falcons in the Divisional (47-17).

Since then, the Rams have had difficult years and have not returned to the playoffs: injuries affected him and he left the team in 2010, when he was released at his own request. Although he found accommodation, he did not play with the Baltimore Ravens because he was the backup for Joe Flacco.

He retired on August 2, 2011, despite the interest of some teams to have him in their ranks. He finished his career with 22,814 yards, 122 touchdowns and 93 interceptions. In addition, he played the Pro Bowl in 2003 and 2006, although he was never able to establish himself in the elite along with Peyton Manning, Drew Brees and, of course, Tom Brady.

Picked up by the Browns Cleveland, Wynn left Southwest Texas State and went through the NFL without pain or glory: in his first season, he came to see activity in seven gamesincluding one start: a heartbreaking 40-0 loss to the Jacksonville Jaguars.

He returned to the NFL with the Minnesota Vikings as a third backup to Daunte Culpepper and Todd Bouman. But the injuries of this pair allowed him to see activity in three games of 2021, including two starts, in which he had his only NFL touchdown pass, completing a 47-yard pass off Byron Chamberlain in the game against the Green Bay Packers.

He was with them until 2002, until he moved to the Canadian league with the BC Lions (2003-04), Winnipeg Blue Bombers (2005) and Toronto Argonauts (2006) before saying goodbye to professionalism.

The quarterbacks chosen before Tom Brady in the 2000 NFL Draft