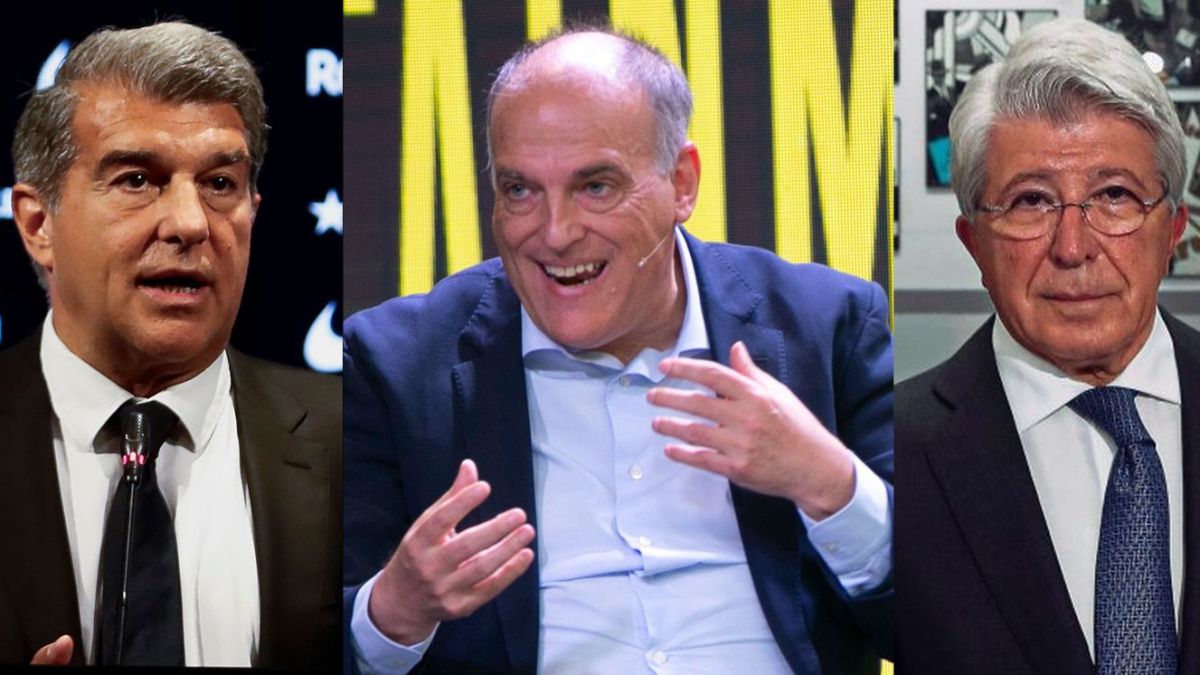 LaLiga clubs squeeze their accounts to meet the salary limit, that equation that establishes how much money teams can spend to pay the cost of their squads (players, coaches, coaching staff, subsidiary …) and that is causing a headache for many. Among them, Laporta, who cannot register Messi until he reduces it. The formula is simple: structure costs and debt repayment must be subtracted from income. The result is the maximum amount that can be allocated to staff spending. Marc Menchén, director and founder of 2Playbook, analyzes in As the keys of this system.

The question of all fans is what happens if a club exceeds that limit. “This last season several clubs have surpassed him. When you pass it, you can no longer enroll anyone. Those that are can play, but those that you incorporate, no. Until the limit is not below what LaLiga establishes. Pedro León spent several months without playing for Getafe for that reason, “says Menchén.

What solutions are there to avoid overdoing it? Various: a capital increase (which Real Madrid and Barcelona cannot access as they are the members’ club), an increase in income or a decrease in wages. “Atlético has closed the season with € 80M in losses, but as it is a Sports Limited Company has made a capital increase to cover losses and pay debts. This is going to do that this season has more wage mass than the Barcelona. The only solution with a similar effect for Barcelona would be to sell a player for € 100M, but with the current market situation it is difficult. The real solution for the big guys is to cut salaries. This economic situation will take three years to fix and there is no other option than to adapt salaries to real income“.

For this situation, in which the clubs have their limit exceeded, LaLiga has an escape route to be able to sign, but with a series of conditions. This is article 100 of its regulations for preparing budgets. “In order not to burden the national market, they have allowed that for each sale, they can invest 25% of said amount, even if you are exceeding it. Thus, little by little they are reducing the wage bill. If you draw a player who occupies a lot of salary mass (Ramos style) you can reinvest 50%. They reward you because you show that you are making great efforts to reduce. “Laporta is now playing with those percentages, seeking to register Messi, Agüero, Eric García, Depay and Emerson.

Another concept that people do not quite understand it is to amortize (when it is considered that after several seasons the money invested in a transfer has already been recovered). For example, the case of Pjanic, who arrived last season at Barça and there has been talk of his departure in the absence of amortizing € 45M. “If you remove him from the squad, what he has not amortized goes directly to the salary expense of the same season, further reducing your salary ceiling”Menchén points out. But also There is even another solution that can be beneficial, such as the exchange of footballers. As an example, the one that sounds between Saúl and Griezmann. According to the director of 2Playbook, “It has a double advantage because you release a high chip and help to pay off the transfer.” Barça still have 80 million euros to recover from Griezmann in two seasons (40 per year), but if Saúl arrived, valued at € 40 million, for four years, this amortization would be 10 per season. This would allow the salary cap to be relaxed. It is certainly a puzzle that embitters many presidents.

Another key to this salary limit is in the clauses. It is recurrent sometimes to hear fans say that to try to deceive LaLiga’s financial fair play the solution would be to lower the fixed salary and expand the one of easily achievable variables. But this is impossible. “LaLiga takes everything into account. If in your contract you have stipulated that for playing so many games they give you so much money, that money is included in the limit. It is money that you have committed “says Menchén. Who considers that the two teams that are in the worst situation are Barcelona and Valencia: “The Barcelona thing is public and notorious. Valencia is another one of the annoyed, since their situation was already complicated before the pandemic and this has been the last straw. Betis is also there and may be another of those who have problems, although it has relieved them to qualify for the Europa League and have that extra income. “At the opposite pole would be the League champion:” Atlético are in a good position. Madrid, for its part, remains to be seen by how much that salary cut has closed and the savings that have been made. I don’t think I have problems. Like the rest, they are tight but without excessive complications. “