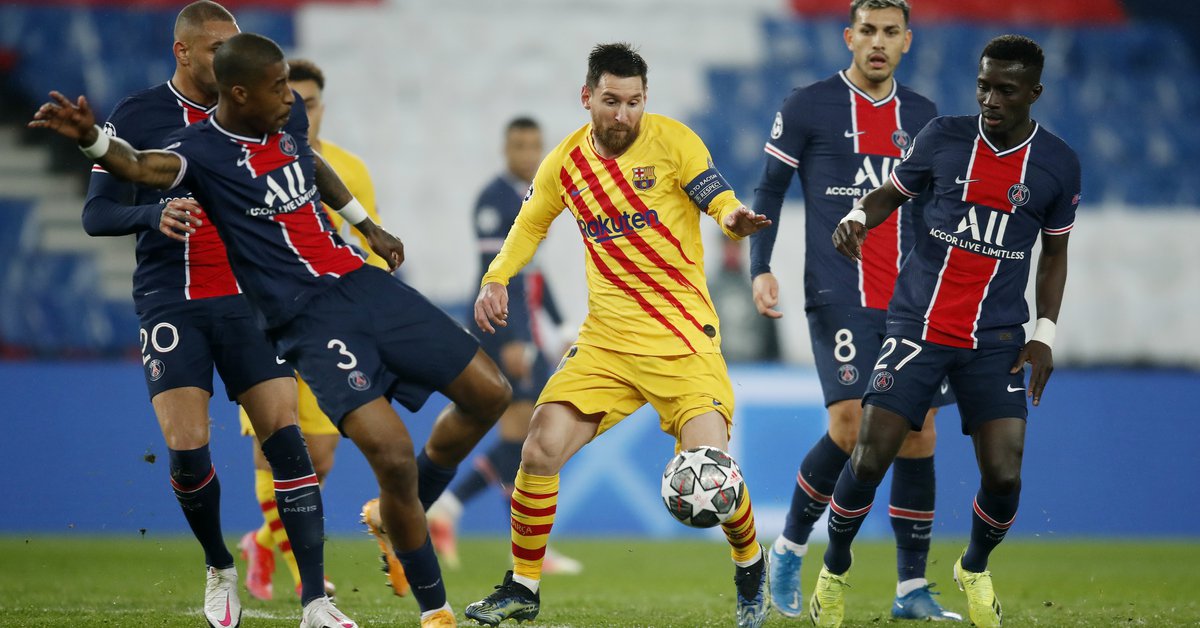 The shock at the departure of Lionel messi of Barcelona after 21 years of belonging to the Catalan institution and his probable landing at Paris-Saint Germain (PSG) in France They not only captured the attention of sports lovers around the world but could also create the new boom in the world of cryptocurrencies.

PSG’s “fan token”, a cryptocurrency based on the Ethereum network and issued by the Parisian club through the company Socios.com to raise funds in exchange for benefits for fans, soared amid the drama of the contracts , the financial fair play and the rumors of the landing of the soccer star in the French capital.

The token went from being worth USD 22.49 per unit on August 3 at 9 a.m. to trading at USD 54.80 at the time of closing this note. A jump of neither more nor less than 143% in just six days That could become even greater if the incorporation of Messi to the team in which Kylian Mbappe and Neymar are already active becomes a reality in the next few hours.

But what is a fan token and how does it work? Different European clubs and from other parts of the world began to experiment in recent years with the issuance of their own cryptocurrencies. The objective is to achieve something similar to what a company achieves by issuing shares on the Stock Exchange: raising money in exchange for a kind of participation of the holders of those assets in the life of the team.

Unlike a share, however, fan tokens do not grant ownership rights to organizations. Instead, they give access to a series of benefits such as exclusive events, tickets, raffles, the right to vote to comment on decisions of the organization, meetings with the team’s stars, and other marketing actions. A form of belonging, very different from holding shares like those launched by Juventus and Manchester United.

A word from Messi can generate an even bigger boom in the Parisian team’s token if it is mentioned during the presentation of his contract. It is speculated that a mention of the PSG cryptocurrency could further skyrocket the price

“It allows access to rights, it is like a club card, like a membership. The rights that each token gives is different depending on the club. They vote on the color of the shirt, the preferences regarding any action, anything that does not imply putting on or taking out a player ”, he said. Ariel scaliter, director of the executive program of Cryptocurrencies, blockchain and smart contracts of UCEMA.

But beyond their existence halfway between a share and a customer loyalty program, fan tokens also promise the possibility of making significant profits. They have, like the other cryptocurrencies, a secondary market in which the holders of the tokens can resell them if they lose interest in the club or if they want to make gains such as the 143% increase that PSG experienced this week.

PSG is not the only team to have issued their own fan tokens. Juventus, AC Milan, Roma, Atlético Madrid, Manchester City, Arsenal and FC Barcelona, ​​among several others, issued theirs through the Socios.com platform. Also other sports teams. The Barcelona token price, unlike PSG, is not having its best hours at the moment.

The issuance of fan tokens even reached Argentina. The Independent Athletic Club of Avellaneda has its own that trades at a fairly stable price of USD 2.64 per unit. The other Argentine representative is the AFA itself, which ended its own Initial Coin Offering (ICO, as the initial crypto issuance is called) on June 11.

They work based on another cryptocurrency issued by the company that created the tokens, which is called Chiliz and which is purchased in order to exchange it for the desired fan token.

In this context, a word from Messi can generate an even bigger boom in the Parisian team’s token if it is mentioned during the presentation of his contract. It is speculated that a mention of the PSG cryptocurrency could further skyrocket the price.

“When PSG or other clubs issue a token they collect money. It is what in crypto is called ICO, the more successful it is in terms of fan token they can issue a second series, then a price surge may be interesting for PSG, because by issuing more tokens it could capitalize on that jump in the price, “he said. Manuel Calderon, professor of cryptocurrencies at the UTDT.

“The logic would be that in the event of a confirmation of Messi’s arrival, the price would continue to rise. Investments are being made around the probability of the hiring, and if the hiring takes place the probability would be 1, ″ said Calderón.

“What is probably going to happen is that the mass of PSG fans is going to increase, and then if the number of tokens is limited, then they can raise the price,” Scaliter said.

In five years Argentina went from receiving almost 10% to less than 6% of direct foreign investment destined for South America
Changes in taxes: what is the income tax relief and personal property for next year
With less intervention, the Central Bank lowered all types of dollars, but again lost reserves