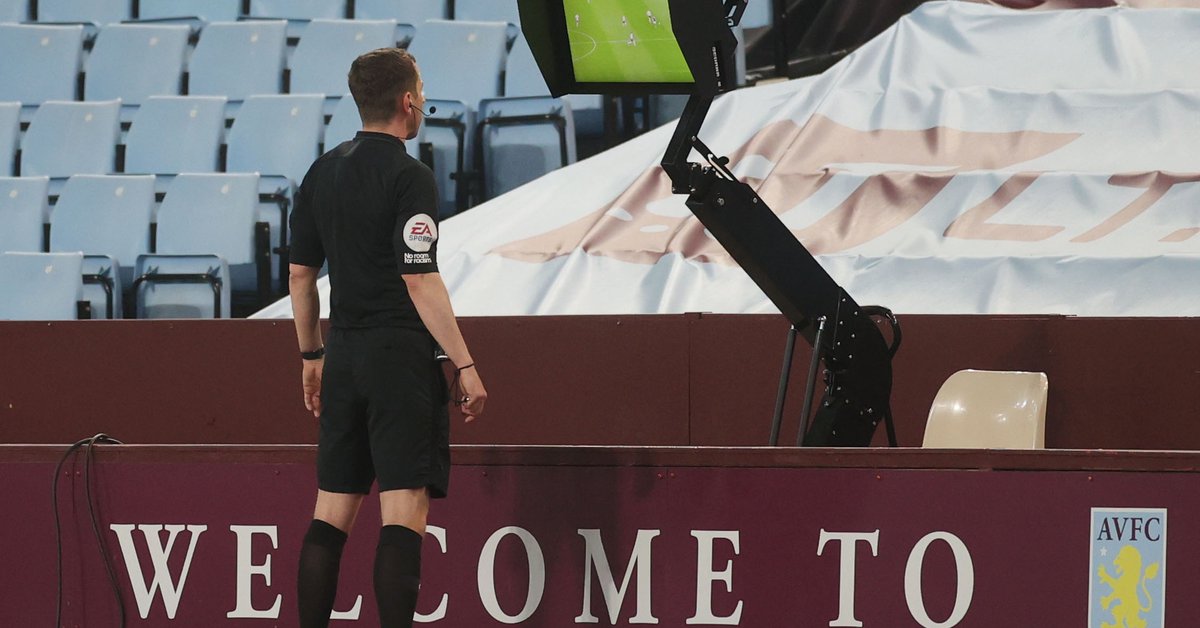 Technology landed in football with the main premise of ending injustices on the playing fields forever and adding a tool to the referee to fulfill his function. However, as time passed the VAR He has become more of a protagonist than the referees themselves and has changed the way of playing and even the way of living the games.

Is whate the constant interruptions and the meticulousness with which actions from a booth are observed on the screens have generated even more controversy and in turn have aroused annoyance of those who have to wait for an order to know if there was a goal or not. That is why the Premier League has taken a step forward this weekend by announcing two changes in the use of this tool. Mike Riley, Premier League Chief Referee, explained that after talking with coaches and footballers and listening to complaints from fans, they came to the conclusion that there are modifications that can be started immediately without the need for it. to go through the permits of FIFA.

The first of them is related to penalties. As he understood, since the VAR landed in football, players tend to collapse in the areas as soon as they feel a contact, since they know that from the booth they will detect it and therefore they will notify the referee that he must sanction an infraction. For this reason, those responsible for the VAR must now change their reading of this type of action. “Umpires will seek and establish clear contact, then ask themselves the question: Does that contact have a consequence?” Explained Riley, who continued: “Then they will ask themselves a question: has the player used that contact to try to win a foul? Therefore, it will not be enough to say: ‘Yes, there is contact’ ”.

The objective of this is that the footballers stop throwing themselves in the areas and that then the game is more dynamic. In addition, the controversies will end because only “contacts that have a consequence” will be charged. As an example, the leader put the penalty validated in favor of England against Denmark in the semi-finals of the Eurocopfor an alleged foul against Raheem Sterling. With this new regulation, no violation would have been charged.

The technology is only used in situations of goals, direct expulsions, penalties or identity confusion (Reuters)

The other big change is linked to offside. To determine if a soccer player is in an advanced position, the VAR judges use a technology in which they freeze the image at the moment the pass starts and determine the point where each player is. From there, lines are automatically drawn to determine whether or not a footballer is qualified.

This has brought too much controversy in world football because they have charged offsides 20 or 10 centimeters that have opened the debate on whether that small distance can mean an advantage for an attacker or a disadvantage for a defender, as the rule indicates. Now, the Premier League will try to end these discussions.

“We have reintroduced the benefit of the doubt to the attacking player”, Riley announced when explaining that currently the lines that are drawn to determine the positions of the footballers are one pixel wide, that is why“ it is the toenails, the players’ noses that last season were in offside”. But from the next season the lines will be thicker. Therefore, if the line marking the attacker’s position is confused or overlapped with the one marking the defender’s position, the attacker is considered to be enabled.

As he argued, there were 20 goals in the last Premier League that were annulled and that with this new provision would have been validated. In this sense, the leaders predict many more celebrations in this new tournament that will begin on Friday, August 13.

The truth is that these changes will be carried out in the English league, but the VAR is being discussed around the world, to such an extent that Wilson Seneme, president of the Referees Commission of South America, announced last week that From Conmebol, FIFA has already been asked to advance two changes that are demanded by fans. One of them is that the timer stops when the VAR intervenes, to prevent the playing time from being reduced, and the other is that it is the teams that ask that a play be analyzed by video cameras.

Did you learn from Messi? The incredible Olympic goal with whichdra Martínez surprised his teammates at Aston Villa
“I saw him dead”: the heartbreaking testimony of a partner of Christian Eriksen who assisted him at the time of his collapse in the European Championship
Harry Kane’s decisive decision for Tottenham to sell him to Manchester City
Diving from a yacht and a look that made it a trend: the new photos of Lionel Messi’s holidays in Ibiza
The photos of Neymar’s physical change during his holidays in Ibiza that set off the alarms at PSG