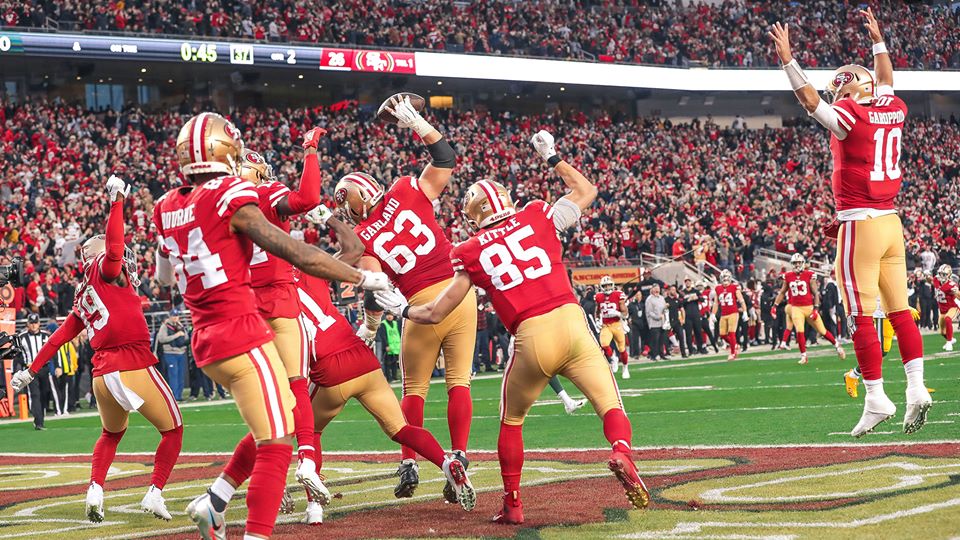 MEXICO CITY.- This week we may meet the first teams with reserved seats, but most of the postseason manifesto is anyone’s guess.

Every AFC team has at least four losses. The last time any conference reached week 14 with each team having lost four or more games was the 2002 AFC.

In the NFC, WASHINGTON (6-6) and SAN FRANCISCO (6-6) currently hold the last two playoff spots, but five teams are just one game behind them.

And globally, 19 teams have a .500 winning percentage or better. Nine of those 19 did not make the postseason last season, including the currently top-seeded in each conference: ARIZONA (10-2) and NEW ENGLAND (9-4). In the event that both the Cardinals and Patriots end up as the No. 1 seed in the NFC and AFC, two teams that missed the postseason the previous year will have secured home-field advantage for the first time since 1992 (San Francisco and Pittsburgh).

Since 1990 – a 31-year streak – at least four teams each season have made the postseason after failing to do so the year before.

But we’re only going into week 14, so stay tuned and with your seat belts on. The next five weeks promise to be memorable.

GOODBYE BYE, HELLO TO THE LAST ROOM
This week the last four remaining teams will have their week off. After the 14, each team will have played 13 games, with four games to go. The league will also reach its 205th game of 272 this weekend, meaning 75 percent of the 2021 season will be a memory already.

PLAY THE RIGHT CARDS. The ARIZONA CARDINALS (10-2) with a win this week could tie up their first postseason qualification since 2015, when they advanced to the NFC Championship Game. They also have a chance to sweep the LOS ANGELES RAMS (8-4) for the first time since 2014, when the teams meet in Monday Night Football’s classic Monday Night Football at State Farm Stadium.

The NFC West is home to the team with the best record in the NFL in 13 weeks. Five of the last nine NFC champions came from the NFC West, representing the conference in the Super Bowl, including two of the last three seasons.

Murray has 13 career games with both some aerial and ground scoring since entering the NFL as the No. 1 overall pick in 2019, tying with DAK PRESCOTT (13 games) for the third most such performances by a quarterback. in its first three seasons in history. Only CAM NEWTON (20 games) and JOSH ALLEN (16) have more.

Additionally, Murray now has 20 career touchdown carries and joined CAM NEWTON (28) and JOSH ALLEN (25) as the only quarterbacks with at least 20 in their first three seasons in the Super Bowl era.

Meanwhile, Rams receiver COOPER KUPP had eight receptions for 129 yards and a touchdown in his team’s victory last week. Kupp leads the NFL in receptions (100), receiving yards (1,366) and touchdown receptions (11) this season.

The postseason is open as the NFL approaches the final quarter of its 2021 season – Almomento | News, national and international information