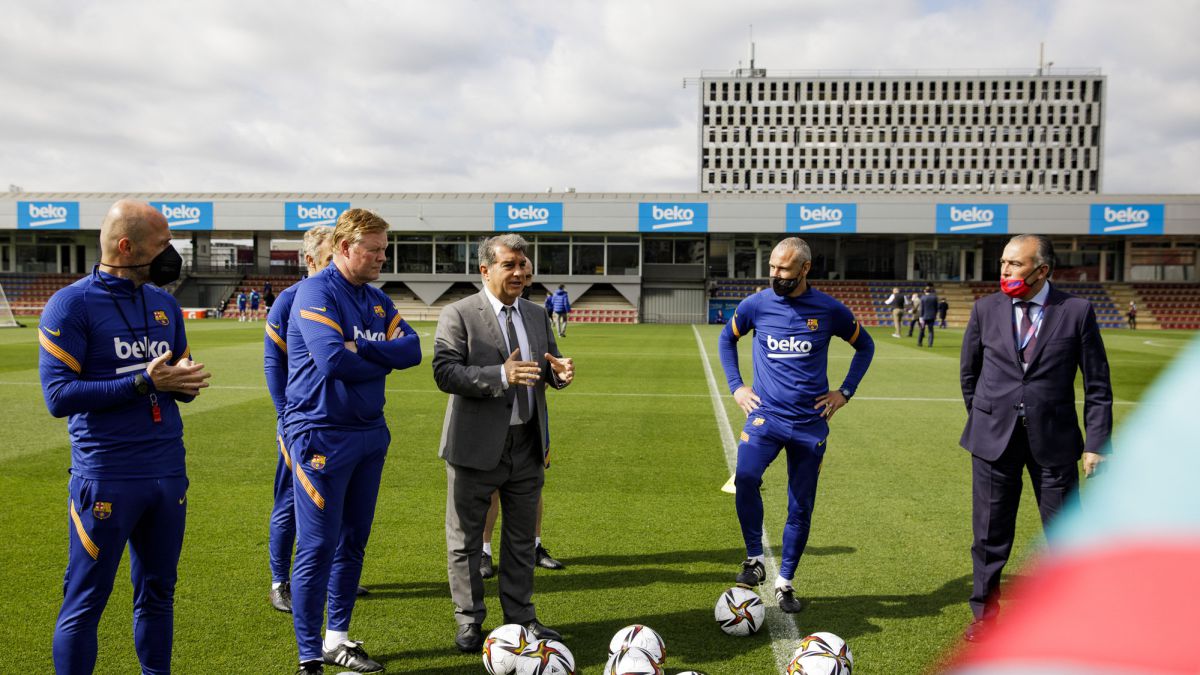 Barcelona’s financial difficulties continue to be very serious and the Laporta board works to solve them from various fields. One is that of the football market, with the sale of players who can get the desired and mandatory salary cut that can allow Messi’s renewal to be closed and enroll Emerson, Eric Garcia, Kun Agüero and Memphis Depay who have arrived with the freedom letter . In this sense, the step that has been taken with the principle of agreement to reinstate Messi is an important step, but not a definitive one.

But the other front is the sponsorship market, which is no less important, and that for a few days the Blaugrana president will be busy. Jan Laporta travels to Israel on Friday, where he will stay until Tuesday the 20th on a business trip with a football background.

The Barça Legends team led by Ronaldinho plays next Sunday in Tel Aviv a match against the Real Madrid Legends team which is the perfect excuse for the president’s trip, but the depth of this trip goes beyond watching a football game.

Laporta’s agenda in Israel will be intense and he plans to meet with local businessmen in search of reactivating a market that allows the Blaugrana club to strengthen its accounts.

In addition, in the course of this trip, Barcelona will install in Tel Aviv an exhibition that recreates the Barcelona museum in a virtual montage called ‘The exhibition ”.

Contacts. For this, Laporta will have a luxury guide in Israel: the businessman Moshe Hogeg, who in addition to being the main shareholder of several investment funds in technology companies Of which the most prominent is Singulariteam, he is the president of the Beitar of Jerusalem.

Barcelona had planned to play this preseason a match against Beitar for which they could have gotten a million and a half dollars, which will not finally be played.

Despite the fact that the game against Beitar, coached by Erwin, Ronald Koeman’s brother, the trip is maintained and from the club they maintain that it will continue to have the business side.

Hand in hand with Hogeg, Laporta hopes to find oxygen for the entity. In fact indirectly The young president of Beitar has already had contact with the club, since he hired Messi to be the image of Sirin Lab, one of his companies, and also made him a partner of the Beitar. Hogeg is known in Israel for linking the commercial campaigns of his companies to world-renowned names such as Messi himself, Floyd Maywether or model Irina Shayk.