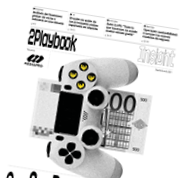 The NFL wants to continue seducing new audiences, and for this it has found allies in the eSports sector. The American Football League has partnered for the fourth year with the FaZe Clan club, one of the main organizations in the sector in the world. Financial terms have not been disclosed.

What has been revealed is that, for the first time, the association with FaZe Clan will not be limited to Super Bowl week. The agreement will extend to the 2022-2023 regular season, although it has not been revealed if it will be multiyear or not. The two have collaborated on Super Bowl activations since 2019.

As part of the agreement, FaZe Clan will host NFL content and activations and launch a joint game for fans during the Super Bowl Experience. “Our relationship includes for the first time initiatives for the next season to reinforce the engage among casual Gen Z fans,” said Ian Trombetta, director of marketing content, influencers and NFL social networks.

In fact, it is not the only association that has formalized this week. On the same day, the NFL and EA Sports have announced the creation of the largest eSports event in the Madden video game as part of the closure of its national series, which will be broadcast on Twitch, YouTube and Espn, as well as on other thematic linear television channels. and OTTs.

FaZe Clan, for its part, will make its team of content creators and professional players, one of the most followed in the world, available to the league. Its community of followers exceeds 351 million people and its business model linked to entertainment, lifestyle and content was one of the pioneers in setting the trend in the eSports industry.

Among the club’s investors there are NBA players LeBron James and Ben Simmons, and NFL quarterback Kyler Murray. In 2021, Forbes ranked it as the fourth most valuable club in the world in eSports, behind Team SoloMid, Cloud9 and Team Liquid, who have held the top three positions for years.

The NFL teams up with eSports club FaZe Clan to capture…