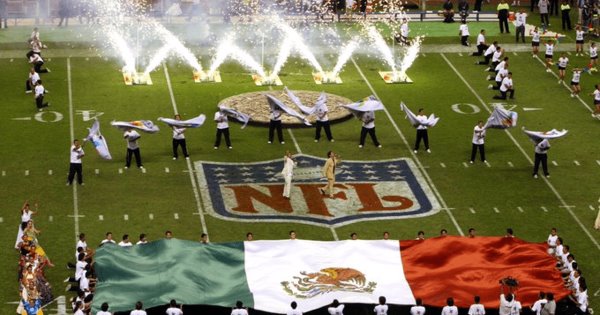 
The NFL returns to the Azteca Stadium

The Arizona Cardinals are the first team to be confirmed for the regular season game in Mexico.

The NFL surprised all the Mexican people with the news that the Arizona Cardinals is the first team to be confirmed for the regular season game in Mexico. JJ Watt, Kyler Murray and DeAndre Hopkins will step on the floor of the Aztec stadium.

Cardinals is a regular at games in Mexicobecause for the 2020 season one of its regular season games would be played at the Aztec stadium, but the pandemic prevented that from happening. With everything and that, they have already played in the ´Colossus of Santa Ursula´ more than a decade ago.

In 2005, the Cardinals played a regular season game against one of the favorites in Mexico, the 49ers. The victory was for Arizona by 31 to 14 and in this 2022 they seek to repeat a victory in the Aztec stadium… unbeatable setting.

The Packers – with or without Aaron Rodgers – will be one of the teams going to England alongside the Jaguars and Saints. Cardinals come to the City of Mexico and the Buccaneers they will have a match in the new international arena that is Germany.

There are many rumors that have been heard about the teams that could come to the regular season game in Mexico. The first confirmation is the Cardinals and they are already waiting for a rival to receive them in the Aztec stadium.

Even before the 2021 season of the NFLthe rumor came that the 49ers would be one of those who have a hand to play in the 2022 season in Mexicosomething that would make sense because in our country there are many fans of San Francisco.

Should this be a reality, the 2005 regular season game at the Aztec stadium It would be repeated and it would be a revenge duel for the 49ers and for the Cardinals to endorse it would be on Mexican soil… it would be a great game.

It may interest you: How to identify a quality chocolate in Mexico And what are its health benefits?

The NFL returns to the Azteca Stadium