Few days have shaken the upper part of the NFL Power Rankings of ESPN that Week 9 of the current regular season.

As a consequence, we have a brand new team debuting on the throne of the weekly hierarchical list, and it is a club that already boasts several notorious victories.

The bottom, however, remains without many movements, with the sotanero heading to the first season 0-17 in the history of the NFL.

You can enjoy the NFL on Star +; Subscribe here!

After nine weeks of campaign action, this is what it looks like the pecking order of the 32 NFL teams:

Note: The numbers in parentheses correspond to the position of each team in the previous week.

Not only did the Titans find a way to beat a serious Super Bowl candidate, they did it without star running back Derrick Henry. Anyone who is predicting a Tennessee collapse from not having their best offensive player on the field will likely be waiting because this team has a championship-caliber defense that could take them a long way. – EC

While it is true that the 49ers have proven to be a team with many questions, Arizona obtained a triumph of great authority with Colt McCoy at the controls in place of Kyler Murray, and although they did not have their best receiver: DeAndre Hopkins. – LMV

So far, no team has shown greater resilience this season than the Ravens, a quality they take directly from quarterback Lamar Jackson. – RZ

The Buccaneers went into their week off with an unexpected loss to the Saints, but there’s not much to worry about with the defending champs, who surely took advantage of the break to regain some injured starters on either side of the ball. – EC

Green Bay, despite their defeat, came off better than they thought in their visit to Kansas City, and although Matt LaFleur took the blame for the game plan, Jordan Love left few tools in the video to think what the future may be. in position. – LMV

The bad news for the Rams is that they looked completely pedestrian in their loss at home to the Titans, but the good news is that several of the contenders in the fight for NFC dominance also fell on a clearly outlier day. – RZ

It’s clear the Chargers need Justin Herbert to play at his best to have real aspirations this season. Herbert had a near-perfect start en route to a last-second win at Philadelphia, the Bolts are now 4-0 when their quarterback doesn’t throw interceptions. – EC

In social networks there is talk of the “Manning curse” after suffering the most surprising defeat so far this campaign and the alarms should not be turned on in Buffalo, it was simply a slap in the face at the precise moment to avoid something like that later in playoffs. – LMV

Jaylon Smith’s loss was always going to have more consequence against the inside running game, and Denver confirmed that theory. The problem now is finding players on the Dallas roster capable of accomplishing that task, and it seems there aren’t any. – RZ

Dallas made the mistake of belittling Broncos who made them pay dearly for daring by physically and strategically dominating Cowboys who played without energy, according to coach Mike McCarthy.

They’re perhaps not the most spectacular team in the NFL and rookie quarterback Mac Jones still has a lot of mistakes to fix, but the Patriots have a wild-card ticket on their hands right now. – EC

We may have Pittsburgh to thank for making an eye-catching matchup that seemed definite in the fourth quarter, but we can’t turn our gaze to certain questionable officials’ decisions that plagued the Bears in their quest for victory. – LMV

Despite praising his defense, our expert considers Ben Roethlisberger to be no longer an elite quarterback.

Baker Mayfield woke up and that will always be good news in Cleveland, but we must not lose sight of the fact that the architect of the victory was once again the rushing game, led by star Nick Chubb, well complemented by an opportunistic defender. – RZ

For the first time this season, the Chiefs are on a two-game winning streak. That’s how terrible the year has been for Kansas City, relative to their expectations. – EC 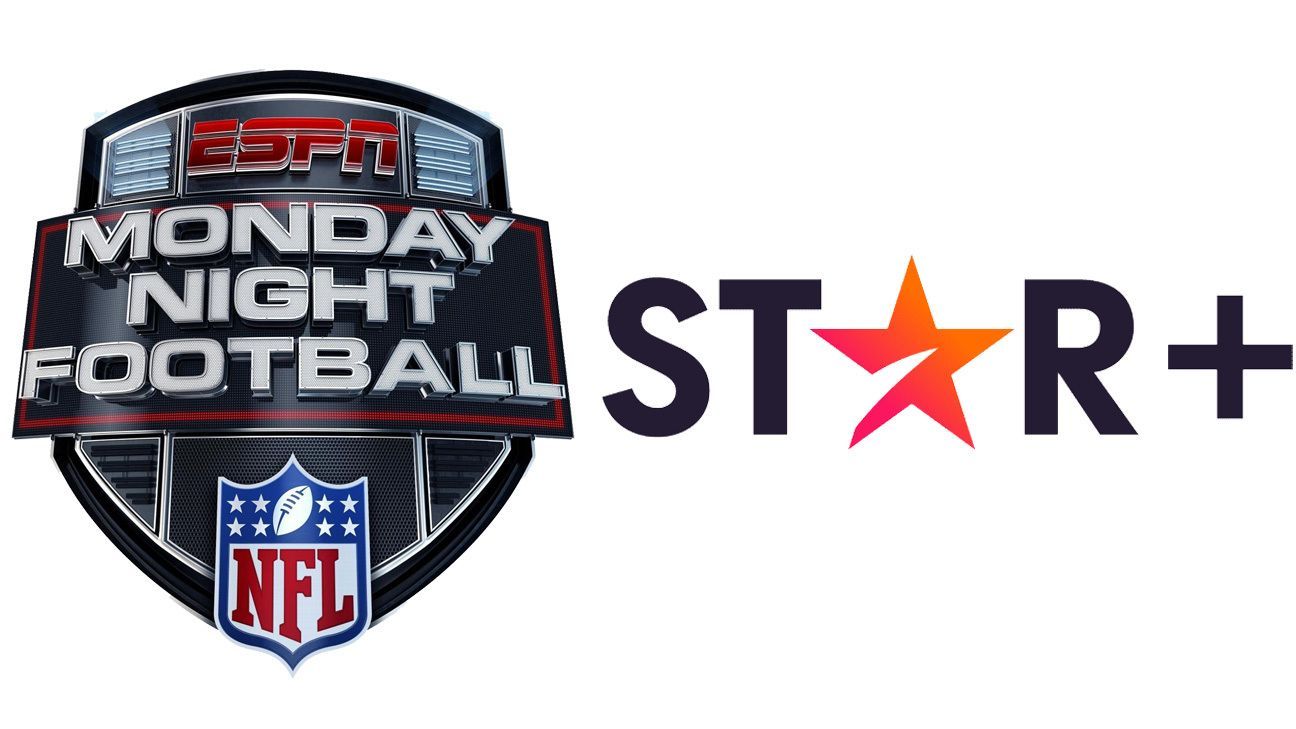 It is true that in the last quarter they erased an 18 point deficit to turn the game around (with everything and Trevor Siemian at the controls), but then they “forgot” to cover Cordarelle Patterson to suffer a defeat that somehow ” erases “the victory against the Buccaneers and leaves them only one game behind the Falcons in the South of the NL. – LMV

The accumulation of emotions that the Raiders have experienced in the last couple of weeks had to take its toll on this team sooner or later, and that moment came against some Giants from whom not much was expected. – RZ

What once seemed like a promising season, which even saw the Bengals lead the AFC North, has turned into a losing streak that has Cincinnati at the bottom of their division within a span of two weeks. – EC

Denver gave the rest of the league the recipe to beat the Cowboys, but the problem will be to execute in the same way they did by brushing perfectly on both sides of the ball, highlighting the time of possession (more than 40 minutes) thanks to his nearly 200 yards rushing, although that sounds easier said than done. – LMV

Jonathan Taylor is in the conversation around the top five running backs in the NFL, but the Colts also have a bright future at wide receiver with Michael Pittman Jr. They both fell, incredibly, until the second round of last year’s draft. . – RZ

The Falcons blew an 18-point lead in the fourth quarter and had it not been for kicker Younghoe Koo they would have left New Orleans with a devastating loss. It wasn’t the ideal win, but it was a show of character for a team that continues to search for its identity with first-year head coach Arthur Smith. – EC

Seattle, in addition to receiving the extraordinary news of Russell Wilson’s imminent return for the game against the Packers, also had additional gifts with the loss of the Rams and 49ers in their division. Now it is a question that they take advantage of it after their week off. – LMV

Justin Fields had a breakout performance against the Steelers, even though his team couldn’t escape Heinz Field with the victory, and I still scratch my head thinking that he wasn’t the second player picked in the last draft. – RZ

The Vikings had a 24-10 lead over the Ravens early in the third quarter and managed to end up losing the game. That lack of killer instinct is troubling for a team that has won just three games this season. – EC

The Big Apple team enters their bye week with a better outlook after what was exhibited in their last three presentations, which include two victories, but the bad news is that their return will be against the Buccaneers and Daniel Jones lives very low hours as the starting quarterback, because the win against the Raiders was despite him. – LMV

There are very bright spots on the Niners roster, but this team has started to suffer at deep positions and this has caused many ups and downs in the team’s overall performance, starting with defense. – RZ

The Eagles have found a new identity with their running game – quarterback Jalen Hurts can also gain yards with his feet and hurt opponents with his arm – but this progress by Philadelphia will be of little use if his defense fails to pressure. opposing quarterbacks or force turnovers. – EC

Carolina may have forgotten about Sam Darnold’s past with the Jets and the headaches that happened in the AL East, but the Patriots took it upon themselves to remind her with the three interceptions and the meager 26.3 rating that the USC graduate had. in addition to a running attack that could only generate 78 total yards despite the return of Christian McCaffrey. – LMV

Whether Urban Meyer can transcend professionally remains to be seen, and the needle seems to be leaning toward him after the first half of his first season, but Sunday’s win over Buffalo is pure oxygen for the head coach. – RZ

The only reason Miami won this week despite its five turnovers was because the other side was a more terrible team in the Texans. The most redeemable thing about the victory was that it ended a streak of seven consecutive defeats that seemed to have no end. – EC

The loss in Indianapolis left some ridiculous data for the Jets defense, but I think the one that best reflects what happened in that game is the average of 8.7 yards each time a Colts player carried the ball on the ground. What a feast the locals had because they made anyone look like Derrick Henry. – LMV

Jaret Patterson received more carries in Washington’s final game than Antonio Gibson, and while he lacks the same big-play facility, we’re likely to see an increase in the rookie’s ball touches in the second half of the season. – RZ

The return of veteran quarterback Tyrod Taylor was only positive for rookie Davis Mills, who sooner or later will regain the title in the Texans although it is already clear that it is not the long-term solution for the team at the position either. – EC

The outlook looks bleak for Detroit after their bye week as they have two tough visits to Pittsburgh and Cleveland before coming home for Thanksgiving against the Bears. Talking about the schedule that remains for them to think about a victory and avoid the first 0-17 in history seems extremely interesting, but let’s not forget how close they came to beating a contender like the Ravens. – LMV

They participate in the elaboration of the NFL Power Rankings for ESPN: Erick Cervantes (EC), Luis Miguel Vasavilbaso (LMV) and Rafa Zamorano (RZ)

The NFL Power Rankings, at the end of Week 9