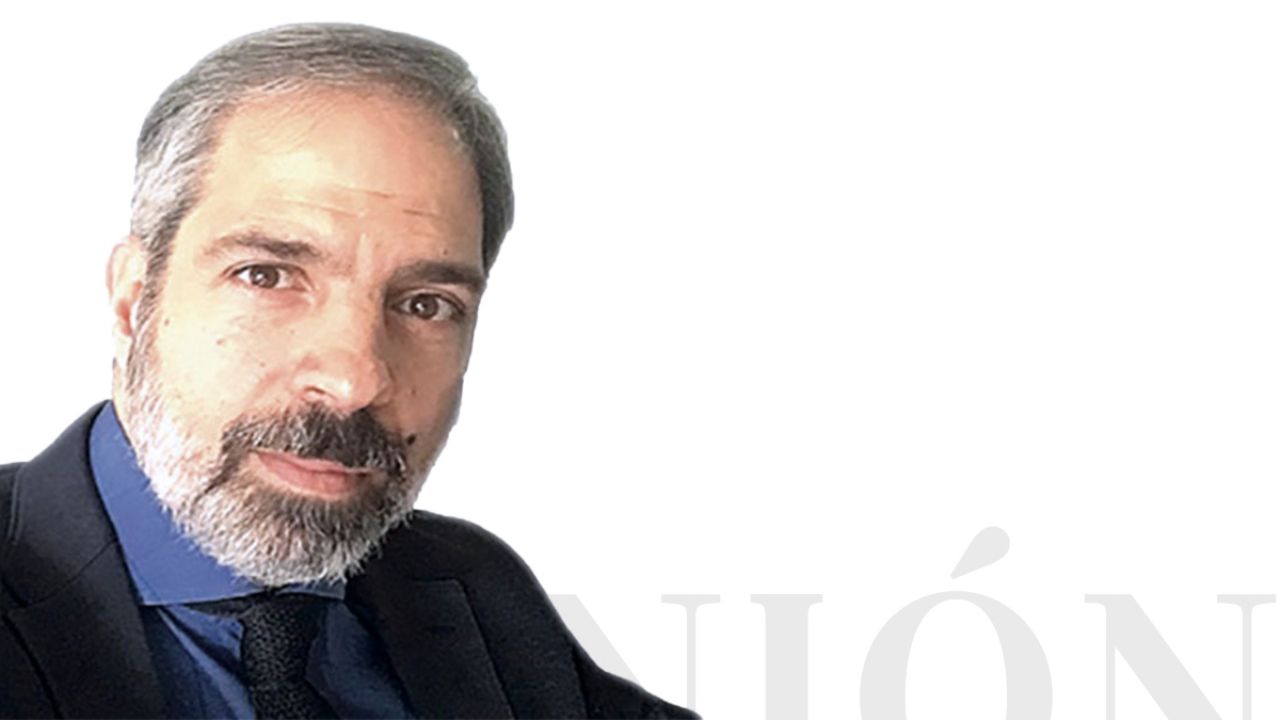 In this era of fast analysis and refined information, in which the pressure to say a lot, in a short time, is brutal, the essence of American football can be explained in just 10 minutes. Let’s choose those 10 minutes carefully and place ourselves, for example, 40 seconds before the end of the last quarter, of the first game of Monday Night Football, of the 2021 season. The one that took place on September 13. The Las Vegas Raiders hosted the Baltimore Ravens at their new stadium.

By that time almost everything has happened. The Ravens would start leading by 14 points, then the Raiders closed in. Both teams were scoring points until they were 24-24, in the fourth quarter. Moments before this proposed second, the Ravens score a field goal and put the score 27-24 in their favor.

We were able to turn off the TV and go to sleep, the matter was practically settled, but then we see that Carr, the Raiders quarterback, enters the field with his offense and begins to rush them into line up. They will try one last offensive, we decided to watch it. And there the clock starts again.

They are at the 65 yard, how are they going to go 55 yards in 37 seconds? Carr sends a pass that advances the team 18 yards and is spent 30 seconds. With seven seconds on the clock, the kicker with the special teams enters. He’s going to try to score a field goal and we start adding: 45 yards to the touchdown line, plus 10 yards from the end zone, plus the amount he has to get the ball up; 55 yards of kick, more or less. Daniel Carlson pulls it off and the Raiders tie with two seconds left on the clock.

What have we seen so far? That really, really, in Americano every second counts, of course, but also that strategy is everything. Carr did not play to score a touchdown with 40 seconds, but tried to give his kicker as many yards as possible, to attempt the field goal, without the defense of the opposing team preventing him.

Overtime starts, 10 more minutes, if no one scores six points, each team will have an offensive opportunity. The Raiders win the “toss” and go. The offense is advancing and then Carr throws a long pass to Bryan Edwards, who receives it and with great agility runs towards the touchdown line. The next few seconds give for an infinite giff; In nine seconds of video we could see an arm floating on a green grass, while holding a football, the arm extends to the maximum, passes a white line and lands the ball in a black zone, the end zone. The player whose arm belongs, Edwards, is to the right of the line, a little crushed by Brandon Stephens, a defender who had run, had lunged at him and had hugged him trying to stop him. The ball has been inside, the player’s body outside.

The entire stadium stands up and celebrates. Bryan blows kisses to the stands. That ball meant the victory of the Las Vegas Raiders, at home, during the first game of the 2021 NLF season. It’s the sixth minute of overtime. Can we turn off the cloth now? In the time it takes us to find the remote control, the referees have reviewed the play and made an announcement. They have decided that the player’s body fell before the ball crossed the end zone; the ball is placed half a yard, it is first and 10 for the Raiders.

The mood cools and we see something else. And the fact is that, although it is a passionate battle, no one will lose their minds, or start a popular revolt; everyone will abide by the rules and abide by the decision. It contributes to the collective maturity that there is so much time on the clock, 6 minutes and 23 seconds is an eternity, as we have seen and there are four opportunities to go just half a yard. The difficult thing was to cross the entire field, the difficult thing is already.

At the first opportunity there is no advance, calm, it does not matter. In the second the yellow handkerchiefs fly and it is determined that the offense has committed an infraction and that it will be penalized with five yards. Two more chances remain, but the distance is greater now.

Carr goes for the air, throws a pass that falls right in the head of DeShon Elliott, defender of the Ravens; the ball bounces off the helmet and Anthony Averett, another defender, catches it, an interception by the Baltimore team. The face of the Raiders quarterback says so many things about frustration, disappointment, and disbelief.

We have learned that in addition to the fact that every second counts, every inch counts and that pressure and luck play a role. This sport is so complex that, sometimes, advancing inches is impossible; the defenses are prepared so much, that they prevent advances that on paper are very simple.

The Ravens go on offense with more than six minutes left on the clock. They advance more than 10 yards on the first play and on the second they capture their quarterback, Lamar Jackson and steal the ball from him. The Raiders offense returns to the field with 3 minutes 44 seconds remaining.

From the 31 yard, Carr is played again by air. This part is important, in the previous offense it was played through the air, trying to advance half a yard and they intercepted it. So the Ravens defense and all of us believe that he will play on the ground. The receiver, Zay Jones, is only to receive the ball and advance to score, the game is over. Officially there are 3 minutes and 34 seconds left on the clock, but now, the game is over.

Has Carr risked too much? Yes, but in football as in life, he who does not risk does not win, his bosses have trusted him to let him continue playing, to give him a chance to redeem himself. He has been wrong several times and has taken the field to try to solve it, but none of that would be possible without the three teams that make up each squad did their part: the offense led by the quarterback, the defense and the special teams. The Raiders offense gained the kicker yards, but it was the kicker who tied the game and gave them a chance to keep playing.

We can transfer this extreme situation to various NFL games. The previous Thursday, in the opening game of the season, the Dallas Cowboys surprised everyone, fighting the victory against the Tampa Bay Buccaneers, the champion team of last season, led by the indescribable Tom Brady.

It is true that the Texans lost the game 31-29, but the defeat did not hurt anyone, after everyone saw the delivery of the players on the field. One of the things the NFL has going for it is trying to make sure all teams are competitive, so an Aaron Rodgers, in command of the Green Bay Packers, can be bleak on a Saturday, score nothing and lose. 38-3 against the New Orleans Saints to rise the following Monday and beat the Detroit Lions 35-17.

Perfection is a fundamental part of this sport; A play, in order for it to develop in the way that it was planned and trained multiple times, must have the exact execution of the players on the field of play; an error, no matter how small, a movement out of time, a small deconcentration of any of the players, will end up ruining it, and losing one of the few opportunities to advance. Just this week we saw a field goal disallowed by the movement of a defender who could have decided a game.

There is physical, strategy, training, luck, mental preparation and even acrobatics in this sport. Every week we see traps that go beyond what an ordinary human being could imagine. Every year we see wide receivers and tight ends make jaw-dropping plays.

Receiving a football, under controlled conditions, is difficult; Now, imagine that you are running at full speed forward, you have a defender attached to you, giving you small blows to destabilize you; the quarterback throws the ball at them in those conditions, the ball sometimes goes so high that it makes them jump with all their might; catching him in these conditions is a feat, and after that to withstand the blow of the defender who tries at all costs to let you loose the ball or withstand the blow that you will receive when you fall with all your weight on the field of play.

Yes, they are super men most of the time, but sometimes they fail. There we have Patrick Mahomes, one of the best quarterbacks of the moment; young, talented and with faculties beyond the earthly, with a vision of the field that allows him to make plays where no one can see them; Well, last Sunday he made a mistake, recklessly throwing a pass to his receiver, he was intercepted, and that play opened the door for Baltimore to return to the game and, ultimately, win it.

Thus, the 2021 season of the NFL has begun and it must be said that no matter which team you go to or which player you prefer, almost any game is worth it, in all there will be surprising things and plays that are worth seeing and admiring, we have 16 weeks into the regular season ahead, so let’s get ready to dedicate part of our Thursdays, our entire Sundays and many Mondays to this great sport.