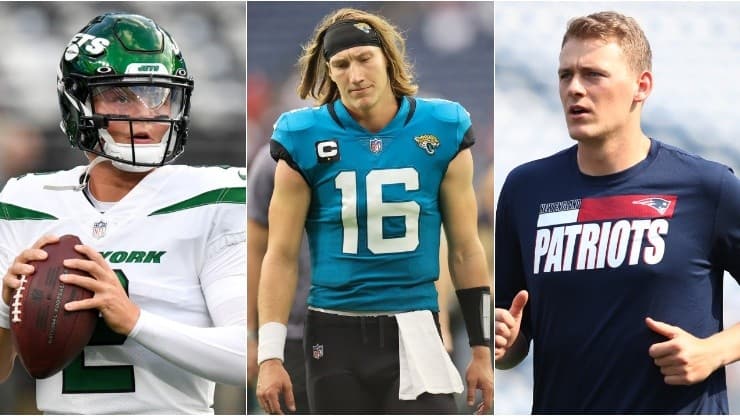 Three of the best quarterbacks picked in the Draft started as starters on their teams and things weren’t the best.

The 2021 season of the National Football League (NFL), and the eyes of millions of fans were on three of the best quarterbacks chosen in the past Draft, such as Trevor Lawrence, Zach Wilson and Mac Jones.

This trident of prospects debuted in the competition as starters in their respective teams, Jacksonville Jaguars, New York Jets and New England PatriotsAnd while they all showed some of the talent that brought them to the league, they suffered losses.

While Lawrence failed to win on his visit to Houston Texans; Wilson fell to Carolina panthers, and Jones was defeated at home by Miami dolphins; but beyond the falls, in Bolavip we reviewed what were the numbers of these three young people quarterbacks.

The numbers of Lawrence, Wilson and Jones in NFL 2021

Starting with the number 1 of the 2021 Draft, that although threw for 332 yards and three touchdowns, completing 54.9 percent of his passes, made point errors in all three interceptions that he committed and in the capture of Whitney mercilus, which took 13 yards from him.

For his part, Mac Jones, who received the confidence of the coach Bill Belichick to command the Patriots offense, he ended the game against the Dolphins with 29 completions in 39 attempts (74.4% effective), for a total of 281 yards and a touchdown.

Finally, Wilson registered a 54.1 percent accuracy in his assists, completing 20 of 37 pitches for 258 yards and had two touchdown passes; but he was sacked six times, and hit behind the line of scrimmage 10 times, giving away an interception. Day for oblivion.