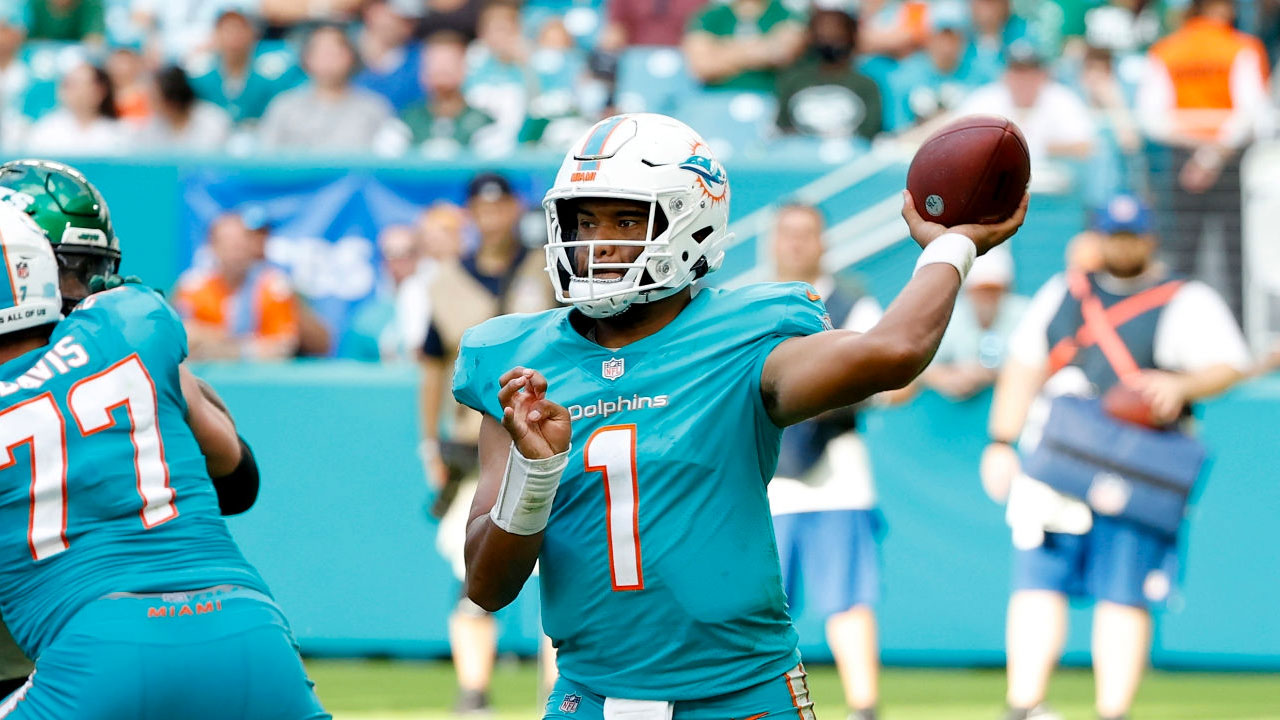 Many teams are looking for their ticket to the NFL Playoffs, so let’s talk about the most relevant games of week 16. There are only 47 games left in the regular season, 15 this week and there are several that deserve our full attention. , as just happened in the first game last Thursday night.

Remember that for this analysis we reviewed two criteria: the quality of the rivals and the importance to modify the NFL 2022 playoff landscape, which gives an overall rating according to the data analysis site. fivethirtyeight.com

The biggest games heading to this week’s NFL playoffs

The Titans received the 49ers in a duel that was very relevant because they both needed victory to continue increasing their chances to play the playoffs.

Tennessee was the favorite with 53% and the calculations did not disappoint this time, because they found a way to win despite the bad start of the game. With this W, the Titans have more than a 99% chance to play in the postseason (that’s a given now) and a 96% chance to win the division (they are one loss from the Colts in Arizona or one win next week).

San Francisco, despite the defeat, retains a 70% chance to advance to the playoffs, but the division will already be either the Rams or the Cardinals.

Speaking of what comes Sunday and Monday, these are the most relevant games heading to the playoffs.

We have a duel with many contrasts. The Steelers are coming off a victory and that with the losses of the Browns and Ravens gave oxygen to their playoff aspirations. But the team that best reaches this duel are the Chiefs whose defense has improved and has been vital in this good streak of seven consecutive victories. The big issue for the locals is the number of players who have tested positive for COVID-19 and could be low by Sunday.

Despite this, Kansas City has an 82% chance of winning the game and if they do, they would already have their place in the postseason assured and if combined with a loss by the Chargers, they could be champions of their division. If the Steelers win, their chances of qualifying increase from 17% to 44% and to win their division they increase from 11% to 27%, but defeat lowers them to an 11% chance of playing in the playoffs and 7% of winning the AFC North. Who will win?

Ravens vs. Bengals: Can Cincinnati Stay Atop Divisional?

Hopefully the Browns present a complete team and not the version they had last Monday against the Raiders. His week was short to prepare for this meeting and the rival is very complicated because it will be the Packers, and they will face them at home.

The favorites are the Packers with a 78% probability and they are already qualified with the divisional championship, but they cannot relax yet because they are looking to secure the first place in the Conference, whose probability of obtaining it at the moment is 79% and winning it goes up to 88%.

Both teams are not Super Bowl contenders for their respective conferences, but there are many implications where the loser could be firing. Today the Saints have a 51% chance of winning on Monday night, but the issue of their quarterbacks makes us believe that it will not be so easy to win, especially against the Miami defense.

If the locals win, their chances of playing in the playoffs increase from 50% to 66%, not even talking about the division. But the defeat brings them down to 33% so it is urgent that they win with Ian Book. The Dolphins, with their six-win streak, will look to increase their 10% chance to play the playoffs to 19% and await a combination of results that will excite their fans. If you get a loss, those odds drop to 1%, so it could mean elimination.

A game with quality teams, with great importance in the playoffs and a good duel is expected. It is clear that the rivalry adds a special flavor to it. The Patriots are the favorites to take the victory with 62%, and it is logical because they are local and already beat the Bills. They need that W and wait for the Dolphins to lose to secure the division, one more with Bill Belichick. The Bills urgently need to win to keep up with playoff hopes.

Today the Bills have a 76% playoff chance and a 33% chance to win the division. Victory at New England puts them 98% likely to play in the postseason, but defeat drops them to 62% and they lose any chance of winning the division. This game is vital for them but it will not be easy at all.

Bills vs Patriots, second part of the fight for the AFC East

100 Playoff Importance. It’s a game that could move a lot in the AFC North division and in the Conference. Right now the Bengals are the leaders of the division and the Ravens are out of the playoffs. Cincinnati already beat them in week 7 with a score of 41-17 and it was in Baltimore. They now have a 54% chance of winning this game, and with the Ravens’ injury problems it doesn’t sound far-fetched.

The Bengals have a 49% chance of playing in the playoffs and a 38% chance of winning the division, which with a victory this Sunday increases to 74% and 64% respectively. Defeat brings them down 22% and 9%.

If the Ravens win, from being 56% likely to play in the postseason and 39% likely to win the division, they go up to 83% and 73%, but if they take the loss they go down to 33% and 10%. Vital for Baltimore that this Sunday translates into a win.

Ravens vs. Bengals: Can Cincinnati Stay Atop Divisional?

Which Week 16 games with NFL playoff implications will you not miss? We read you in the comments under this article and on our social networks.