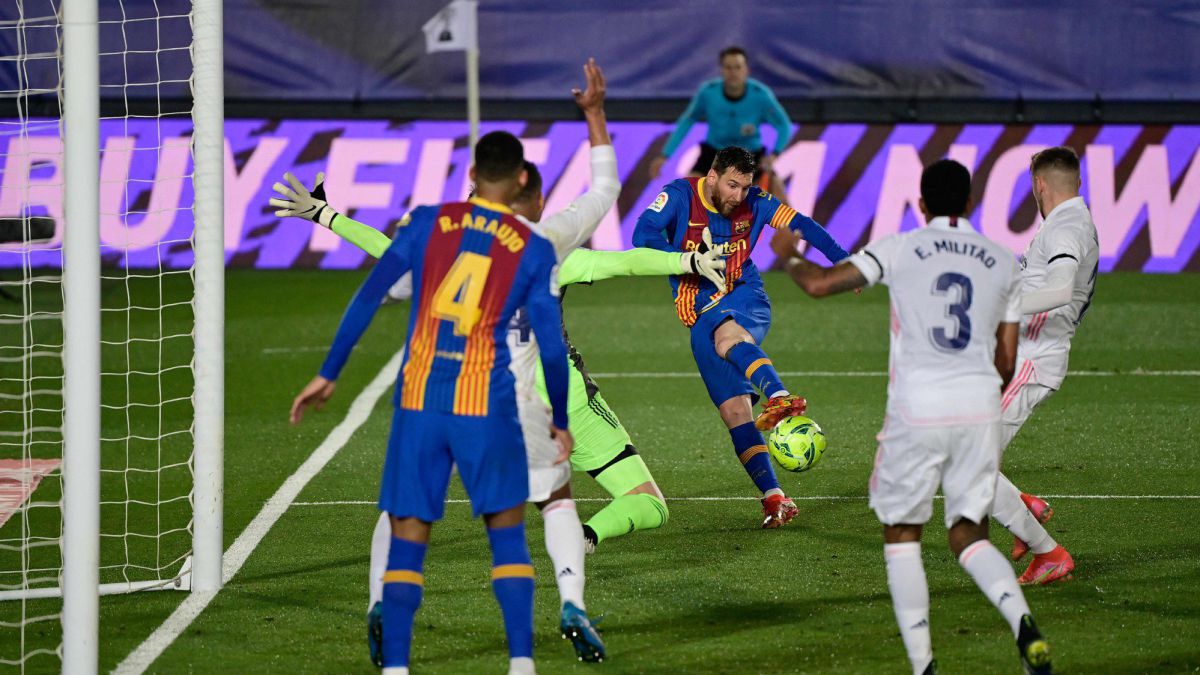 Luis Rubiales has dropped the summer bomb at the Europa Press Breakfasts. And it is not about any star signing or the renewal of Messi. It is about revolutionizing Spanish football with a change in format for the League. The president of the RFEF has announced that in the next few days he will issue an invitation for Javier Tebas, president of the clubs, sits down to negotiate a reform of the First Division to make it more attractive and exciting. If it is done, Rubiales has affirmed, it will be by consensus, without one party imposing on the other. The glove is laid out by the RFEF, although LaLiga has already issued a statement in which it opposes.

“You have to move. Boys and girls come with different concerns than those of 30 years ago,” said Rubiales in his presentation at Desayunos de EP, who is earning the alias of ‘revolutionary’ or ‘reformist’. Since his arrival to the presidency of the RFEF he has not stopped modifying his competitions (Copa del Rey, Spanish Super Cup, Second B and women’s football). And now it is the turn of the First Division, in which it cannot get a hand without the consensus of LaLiga, since they share competences. It aims to change the format of the League by reducing the number of days to lighten the calendar. “We have changed the format of many competitions and the result is there. It is necessary to reduce the days they occupy in the calendar. With respect, we must propose that there be fewer days, but there is more spectacle. You have to invent and capture the attention of the youngest with emotion. LaLiga has been with immobility. We are going to propose that there be neutral venues in league matches. That there would be fewer days, that they would generate more income ”.

To reduce the number of days it can be done in two ways: reduce the number of teams and / or modify the format. This was already proposed by Rubiales in February in an interview in ‘El Larguero’, a first probe balloon to see how this idea was received: “The Leagues have to help reducing the days to improve the European competitions and create the Superchampions”. In this modification of the League, Rubiales has raised a scenario that until now has been flatly denied: play matches in neutral venues, such as playing outside of Spain (Which would increase the income of the competition, as has happened with the Super Cup when taking it to Saudi Arabia). Tebas has been trying for several years to bring a party to the United States, specifically to Miami. But the RFEF refuses on the grounds that a competition in which everyone plays the same games away and at home would be distorted. This would be the door that Rubiales opens for the dream of Thebes, which has led to both being confronted in court. For now, justice has agreed with the RFEF, preventing it from playing in a neutral venue. “You could study the Miami game. Teams could play inside and outside. You can study. Now it is not viable, it would distort the competition, “said Rubiales this morning.

In the different renovations that Rubiales has brought to the exclusive RFEF competitions, a pattern stands out: the final four model in a single venue. This is what it has done with the Super Cup, going from being played by two teams in two games in their respective fields to four clubs playing it in a neutral venue. Or in the promotion playoffs in Second B and Third (and that will also happen in the new First RFEF), remove the back-and-forth matches in the playoff, leaving it to only one and always in the same location in a neutral way. A route that the RFEF could have in mind for the League, a first regular phase and then a playoff for the title and relegation, as happened years ago but that ended up discarding that format. It’s more, In said interview in February in El Larguero, he already said that there could be more than two Clásicos per season in the League as a claim. Something that would fit that model: play first back and forth in their stadiums and then neutral in the playoff.

At the same time that he announced this proposal and held out the glove, Rubiales added: “You have to see if LaLiga wants to talk.” And as was foreseeable, LaLiga has already issued a statement refusing such a project: “LaLiga will not consider a change in the competition format of any of its categories. The current model has been a success. It would be irresponsible. It would also generate uncertainty about other sports and non-professional football, to which LaLiga contributes 125 million euros per season “.

LaLiga’s arguments are the following: “Among many other achievements he has achieved: an increase in spectators in the stadiums of more than 20%; an exponential growth of our national and international audiovisual rights, Among which the latest agreement with ESPN in the United States stands out; an economic stability that has made it the only major league competition with a positive net result in the first season of COVID; etc “. And he responds with another glove:”From LaLiga we are willing to dialogue with the RFEF on various issues to improve football such as the improvement of the VAR, which we have already proposed days ago, coordination with the new category 1st RFEF (prior to professional football), a common strategy against the Superliga European, etc “. But the format of the League is not touched. Tebas already said it in a tweet in February about this possibility: “No decrease in clubs, no change in format. Rubiales joins the speakeasy at 5 in the morning and comes out misinforming with the occurrences you handle.”