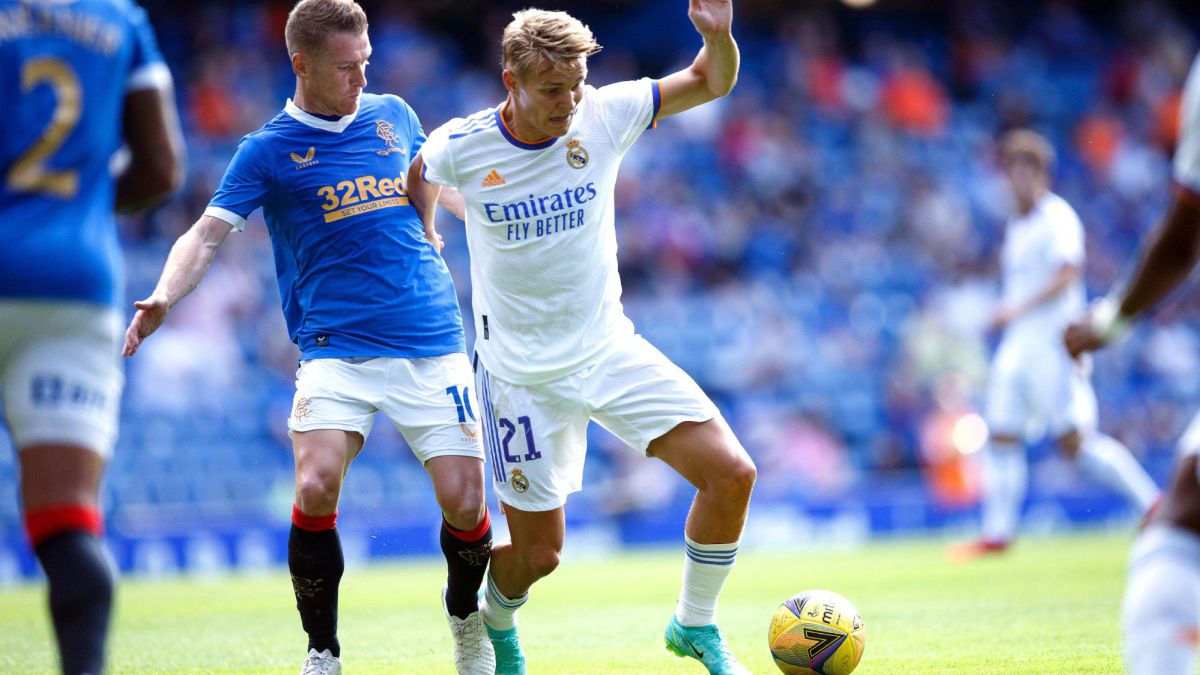 On Tuesday, August 3, at 6:14 p.m., Real Madrid issued a statement stating that Toni Kroos (31 years old) suffers from pubalgia that will keep him away from the pitch during the first days of the League. At that moment, the exit door of Martin Odegaard (22 years old) and Dani Ceballos (24 years old) was closed. Both now have a harder time getting out of the white team … unless an offer arrives important enough to make the white leaders change their minds.

So much For the Norwegian, like the Sevillian, what opens up is a possibility of occupying a position in the white eleven. Already last year, the whites suffered in the final stretch of the championship a series of injuries that affected the composition of the eleven: for example against Cádiz, Getafe, Betis and Osasuna, Zidane was forced to use Antonio Blanco, due to the casualties of the German as Odegaard left on loan to Arsenal in the winter market.

The same happens with the Sevillian midfielder Ceballos, who is recovering from a severe sprain that occurred in the first match of the Spanish team at the Tokyo Olympics against Egypt. It was the player himself in an interview for AS who explained his situation: “I have been very clear: I have a two-year contract with Real Madrid. My intention is to continue. After the Games we will see if the club has contacted me and from there, I will decide ”. He also acknowledged that he had a conversation pending with the white coach, Carlo Ancelotti to find out what role he was going to give him in the squad. A Carletto who wanted to take him to Naples when the Italian was leading the partenopeo team, and whom Ceballos knows perfectly. “With the arrival of Ancelotti the range in midfield is wide, because he plays 4-3-3 and sometimes with one of the extremes getting inside. It will depend on my performance, my state of form and the talk we have pending to know what he wants from me. From there I want to start with the same options as the rest, because what I have very clear is that if I want to play I have to win it on the field to make it difficult for the coach ”, he reflected in the same interview.

In addition, the age of Modric (35 years) and Kroos means that the club is aware of their developmentLast year, the German played 42 matches out of 52 possible, 80.77%. The Croat, for his part, played 48, 92.30%. Very high figures for two veteran players. However, the two of them cannot be distracted. Fede Valverde (23 years old) is back and wants to regain the status he had with Zidane, who considered the Uruguayan his best box-to-box midfielder (remember his action in El Clásico, where he crossed three lines to give the ball to Lucas and that he attended Benzema). Valverde wants to leave behind a campaign in which he participated in 33 games (63.46%) of 52. What is clear is that with the injury of Kroos, Odegaard, Ceballos and Valverde have the exit door closed.