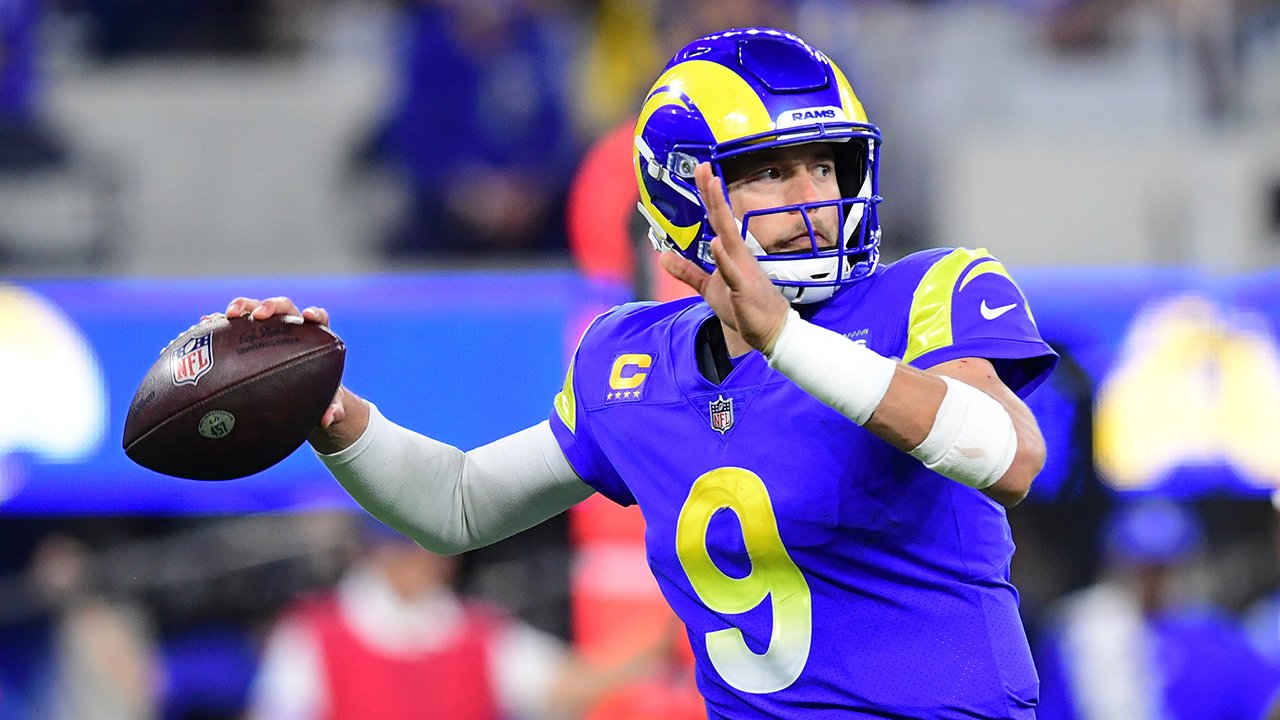 Matthew Stafford endured 12 mostly lackluster seasons with the Detroit Lions, but his patience has been rewarded with a fairytale first season with Los Angeles Rams, culminating in the Super Bowl Sunday against the Cincinnati Bengals at their new stadium, SoFi Stadium.

“These opportunities are what you play for,” Stafford said on a Zoom call with reporters on Monday, just on his 34th birthday. “I’m very lucky to be in this situation and to be able to go out there and fight this great group one more time.” .

However, that is not his only cause for celebration. Stafford will be the highest-paid player in Sunday’s game, with $22 million before taxes and agent fees, counting both his salary and bonus money this season and an estimated $2 million annually from endorsements, appearances , licenses and souvenirs.

That’s the lowest total pay for the Super Bowl leader in nine years, since the Baltimore Ravens’ Haloti Ngata earned $19.9 million in salary and bonuses and an estimated $200,000 off the field during the 2012 season.

It also leaves him far behind the highest paid players in the NFL this season, two fellow quarterbacks: Dak Prescott of the Dallas Cowboys, who posted $87 million in total pretax earnings, and Tom Brady, who earned $72.5 million with the Tampa Bay Buccaneers. And he’s a little shy of Jared Goff, whom the Rams traded to Detroit for Stafford and who ranked ninth on the list of Forbes of the highest-paid players in the NFL, with a total of 27.7 million dollars.

But Stafford has a lot to be proud of, starting with the fact that he earns more than everyone on the Bengals.

In full cash on the field, Stafford is tied for 20th in the NFL this season, according to Spotrac And that’s without a signing bonus on a new contract: the one-time payments that ensure NFL players move up and down the financial rankings. Every season. (Look no further than Prescott, who received a $66 million lump sum from the Cowboys in 2021.) Stafford signed his five-year, $135 million deal with the Lions in 2017 and the reality is that he is due for a raise next season, to $23 million in salary and bonuses in the final year of the deal. That will push him to fifth place in the list of earnings in the field of Spotrac with 269.5 million dollars.

Also read: Why are 30 of the 32 NFL head coaches white? The NFL and its lousy diversity record

Stafford’s off-field number may also seem insignificant to Brady’s standards , who raised $45 million coming out of the NFL, or the Kansas City Chiefs’ Patrick Mahomes, who earned $22 million and is poised to take over as the NFL’s marketing king upon Brady’s retirement. But Stafford’s $2 million is an achievement in a league where many star players struggle to hit seven figures in endorsements, particularly given his reluctance to engage with social media, a growing point of emphasis for sponsors.

He does not have a Twitter or Instagram account, he acknowledged on Monday’s Zoom call that he was unaware his wife had posted a message for your birthday, but it has brands like Alo Yoga, Fanatics and Panini as partners.

Stafford, who had never won a playoff game before this year despite frequently being among the league’s passing leaders with the Lions, has also guaranteed himself an additional $225,000 from the NFL with his three wins this postseason, according to dictated by the collective bargaining agreement of the league. He has a chance to boost that total a bit on Sunday: Players on the winning team will take home an additional $75,000.

But it’s safe to assume that doesn’t take into account the pressure Stafford feels, and it’s not negative anyway.

“We say around here all the time, pressure is a privilege,” he said Monday. “That means something is expected of you, and we expect that of ourselves anyway.”

Follow us on Google News to always stay informed

The highest paid in the Super Bowl is from the Rams; He earned $22 million this season, the lowest figure in 9 years.