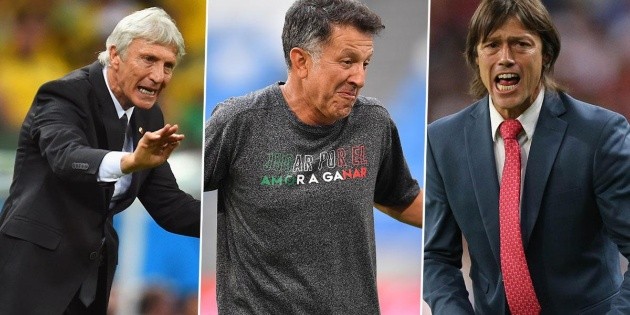 After the departure of Ronald Gonzalez, several names began to sound to replace him on the bench Costa Rica. The Federation acknowledged that they analyzed several names and that they received dozens of folders of different figures. Several were left without progress due to salary issues and another due to football tastes.

While everything indicates that Rafael Dudamel is the one with the most possibilities has to assume in the position of DT, we reviewed all the coaches who delivered folders to the Fedef Fútbol As reported The nation Y Tigo Sports. We will tell the situation of each one and the experience they had.

The Bare He has a lot of experience at the club level and has led teams at the level of River Plate, Chivas Guadalajara and San José Earthquakes. As a coach, he has five tournaments and all of them were with the Mexican team. The historic player of the Argentine national team won the Concachampions in 2018.

The Argentine coach has a lot of World Cup experience and high level. He won three U-20 World Cups with the Argentine national team and trained the oldest in the 2006 World Cup. in which they were eliminated with the host, Germany, in the quarterfinals on penalties. He also led Colombia to two World Cups (2014 and 2018) in both they exceeded the group stage.

Another technical director with a lot of experience and who was in command of a selection. The Colombian DT led teams such as Atlético Nacional, San Pablo and Puebla. Mexico qualified for the 2018 World Cup in first place in the general table and reached the eighth, leaving Germany, the current champion, out of the group. He has 8 titles, all in the Colombian league.

World champion with France and winner of everything with Juventus, where he is a historical footballer. Has no experience as a trainerr, but if the degree obtained in europe. He was not accepted for never having managed a youth or senior team.

Another world champion as a player, but in this case with Argentina. Batista took charge of different teams from his country, Uruguay, China and Qatar. In the 2008 Olympics he was the coach of the team that won the Gold medal and led the senior team of his country, where it did not perform well. His last club is Qatar SC.

An old acquaintance to everyone in Costa Rica. He was the coach of the Sele between 2010 and 2011, had previously been in command of Mexico from 2002 to 2006, when he was eliminated in the round of 16 of the 2006 World Cup. An enormous experience at the club level and he has not managed since 2019, when he was in charge of Toluca.