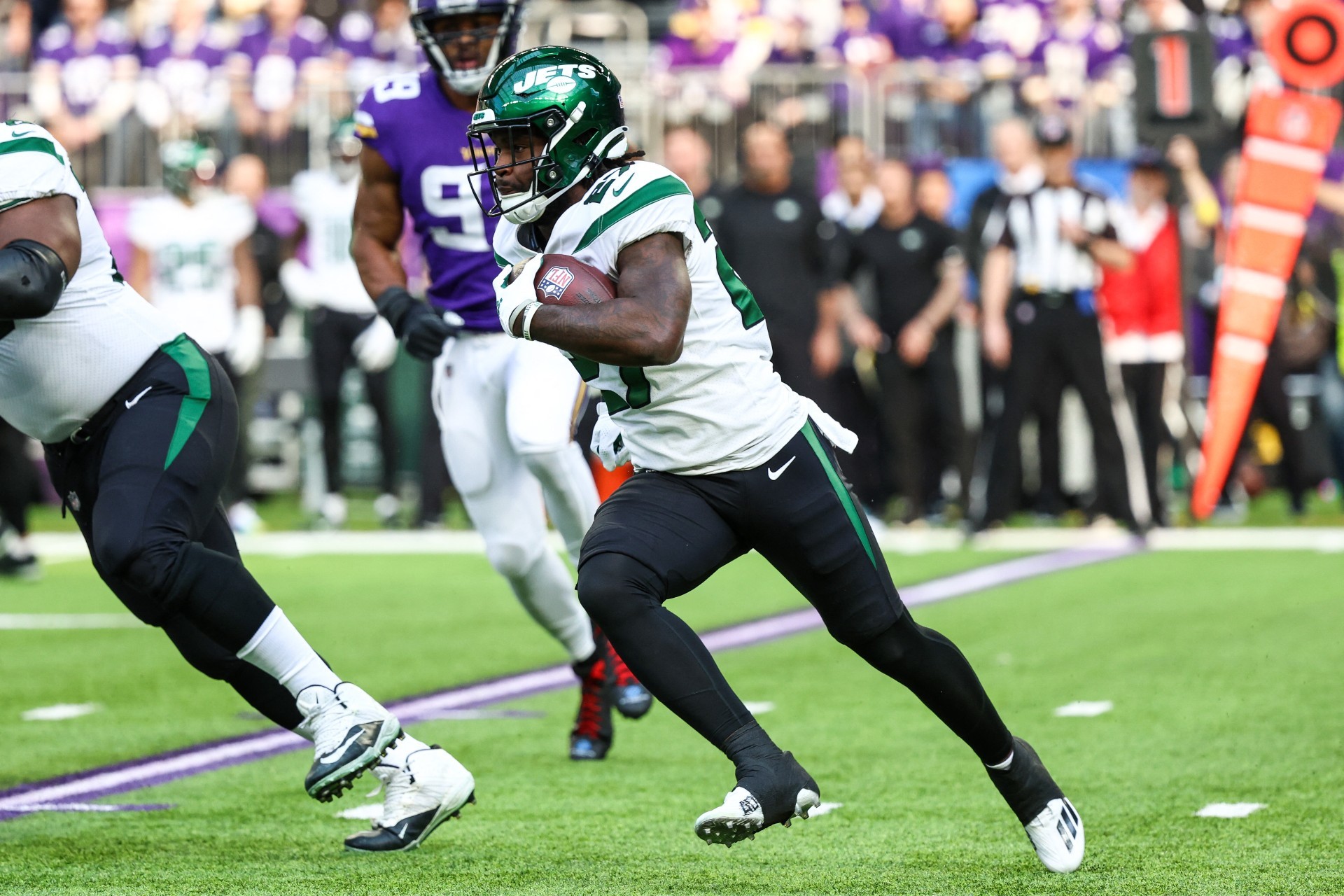 La NFL week 14 is, in many leagues, the last of the regular season in the fantasy and they did us the favor of having six teams in bye.

To add insult to injury, not the clearest week in the waiver, despite the injuries lamar jackson, Jimmy Garoppolo Y Trevor Lawrence. So you have to scratch a little and have a little more faith to seek reinforcements.

As every week, we present the best options in the waiver wirewith at least 50% availability in the fantasy of nfl.com

Zonovan Knight (Jets, 40.1%): As long as Michael Carter is out, the job is yours. He 13.3 and 16.8 points the last two weeks and still does not see the diagonals. Even if Carter returns, he could have the end zone role.

Cam Akers (Rams, 49.7%): someone has to do something on the Rams’ offense and the Raiders have one of the worst defenses in the league. Against Seattle he looked much better than rookie Kyren Williams, which should change little playing Thursday.

Isiah Pacheco (Chiefs, 64.3%): Go ahead and take the main running back of one of the best offenses in the league. You won’t have many better options. Denver sucks and they could run more to kill watch. And then comes Houston.

Tony Jones (Seahawks, 0.0%): Kenneth Walker and DeeJay Dallas were injured. Tony Jones is the last one on a team that loves to run by decree.

Rachaad White (Bucs, 57.0%): Pending Fournette’s health, not to mention that the Niners are one of the worst matchups for opposing running backs. Still, he’s a running back who’s right next to Brady.

Joshua Palmer (Chargers, 58.6%): slightly above 50%, but if Mike Williams is still out, he has even more volume coming his way. He kept an eye on the data: at least 8 targets in the last six games he has played, including four games of at least 10. His worst day was 7.4. Miami is a pass strainer: Brock Purdy won the game for them.

Darius Slayton (Giants, 19.4%): weekly reminder that someone has to catch Giants passes. His last six games, he does not go below 9 points. You can do better, sure, but you can also swing for a home run and end up striking out.

Corey Davis (Jets, 25.1%): They are not the most attractive options. He’s coming off 5-85-0, good for 13.5 points. Mike White gives them more passing options than Zach Wilson, but there are a lot of hands that clutter up the field.

Mack Hollins (Raiders, 4.0%): Jalen Ramsey is bound to chase Davante Adams, so someone else has to take advantage of the Rams’ other corner kicks. Don’t forget that both Metcalf and Lockett had 120-plus yards on Sunday.

Donovan Peoples-Jones (Browns, 38.1%): It was horrible this offense in Deshaun’s debut. There’s no way it’s worse and Amari Cooper always looks worse on the road, so DPJ could have more than three catches.

Brandon Powell (Rams, 0.0%): a Ave Maria resounding, but someone has to do something by passing with the Rams and Powell, usually the returner, they are shoehorning him on offense, running a couple of times and catching as much. He made 12.4 points on Sunday and equals and scratches another day of Flex.

Jameson Williams (Lions, 25.1%): The rookie went hitless in his debut after tearing his crossbones in the NCAA final in January, but if he was activated for the final stretch of the year, it is not so that he watches the bulls from the sidelines. Minnesota is a favorable duel, although it is more of an option to have thinking about the Playoffs.

Jared Goff (Vikings, 22.6%): Goes against Minnesota, at home. The Vikes have already been measured and had a bad but not fatal day, with 13.88 points, but they come from two games at home with 17-6 and 21.6. It already has rookie Jameson Williams and Minnesota comes from giving, AT HOME, 17.46 points to Mike White and 23.28 to Mac Jones. Goff runs little, which lowers the ceiling, but with what they throw and in a game that seems to be many points, he is one of the best waiver options.

Derek Carr (Raiders, 65.5%): the same and is free in your league. Like Goff, he doesn’t run either, but he has gotten into a rhythm in the last month, without falling below 16 points. The Rams are better against the run and it wouldn’t be completely strange to have a game like Seattle, where they contain the run lane and the QB has more space to throw. It is also not an option to go crazy.

Daniel Jones (Giants, 45.8%): boringly average. QB9 this season, with only three games of more than 20 points and only one of less than 10. He helps you keep the ship afloat with about 15 points per week. Against Eagles he could throw more in comeback mode and always runs his good yards to raise the floor. There are worse options to replace a week, but don’t expect it to give you victory on its own.

I would only use Brock Purdy (49ers, 0.1%) and Tyler Huntley (Ravens, 0.1%) in cases of extreme need. Huntley runs and gives a good floor, but against the Steelers in 2021 he gave 6.84 points. The Shanahan offense works magic (crude fact: in NFL history, only Mahomes has more yards in his first 16 starts than… NICK MULLENS!!!), but even with Jimmy G, they wanted to win by asking the least of him. his QB. Tampa Bay is a defense that can pass more than run, but it is not a comfortable unit and can give you a headache.

Greg Dulcich (Broncos, 28.8%): after a month missing, he gave 14.5 points. Against Kansas City they can be in comeback mode early and have very little available.

Evan Engram (Jaguars, 33.8%): He hadn’t done much for a couple of months, but he managed to score a TD against Detroit. Tennessee is the eighth worst defense against the TEs and there may be more short passes with the ‘Sunshine’ with the bad leg.

One of my favorite strategies is rotate defenses, attacking the bad teams in the league. Basically if every week you use a unit that goes against a bad team, you have a Top defense. This year, the teams that give the most points to the opposing defenses are being Colts, Rams, Texans, Saints and Bears, plus there are injuries and bad weather to take into account.

Steelers (29.7%): They could face Baltimore without Lamar Jackson. Matches in the ‘bruise division’ are rarely high points. The Ravens have next to nothing without Lamar.

Seahawks (42.4%): They’ve had a bad month, but Sam Darnold is always a risk of screwing up with a truckload of errors.

Raiders (7.0%): They are the worst in the league, but they go against the Rams of Wolford, Jefferson, Akers, Powell, Skowronek… In desperate cases.