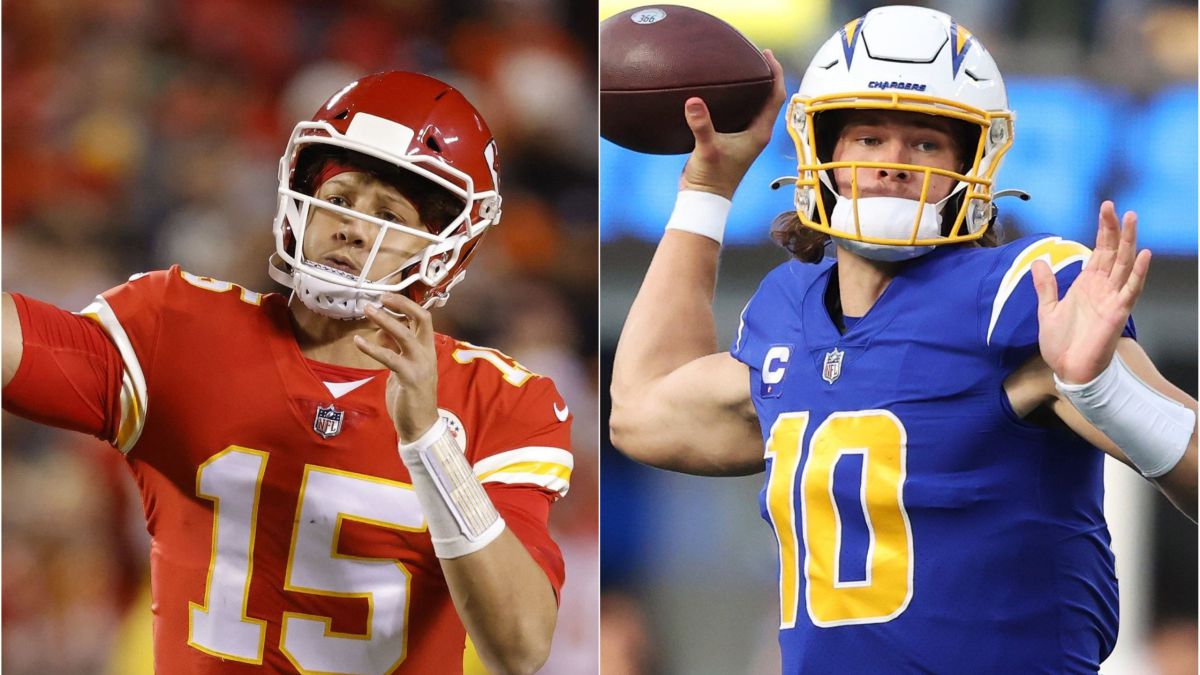 The leadership of the AFC West is at stake with Thursday Night Football from Week 15 of the 2021 NFL season when the Kansas City Chiefs and the Los Angeles Chargers meet.

Whenever two of the top six offenses in the NFL meet, a shootout is expected between the quarterbacks. More, if you consider that the stars are Patrick Mahomes and Justin Herbert, two of the best young quarterbacks in the league.

Here are the five players to follow the game between Chiefs and Chargers.

In the duel of Week 3, Patrick Mahomes became the fastest quarterback to exceed 15,000 passing yards, scoring in just 49 games. 2,702 yards later, Mahomes has led the Chiefs to six straight wins and to keep the streak alive he’ll need to watch the ball and be effective in the red zone against the Chargers.

Herbert was huge in helping the Chargers beat the Chiefs in Week 3. The second-year quarterback had one of the best games of his professional career after throwing for 281 yards and four touchdowns in the victory at Arrowhead Stadium. If the Chargers want to win the annual series against the Chiefs, Herbert will have to live up to the expectations around him.

Justin Herbert has a gun per arm and the two main beneficiaries are wide receivers Keenan Allen and Mike Williams. Allen (929) and Williams (915) are the only pair of WRs to record at least 900 yards this season.

Allen is a possession receiver averaging 10.8 yards per catch while Williams is a deep threat with 15 per catch. Of Williams’ seven touchdowns, four have been for 20 or more yards.

In a game where the offenses will dictate the rhythm of the game through the shots, the secondary defense is extremely important and considering the absence of L’Jarius Sneed for personal reasons, Charvarious Ward will bear the responsibility of marking Allen or Williams during the match.. According to Pro Football Reference, Ward has allowed 25 receptions for 312 yards and three touchdowns on 52 passes thrown in his direction.