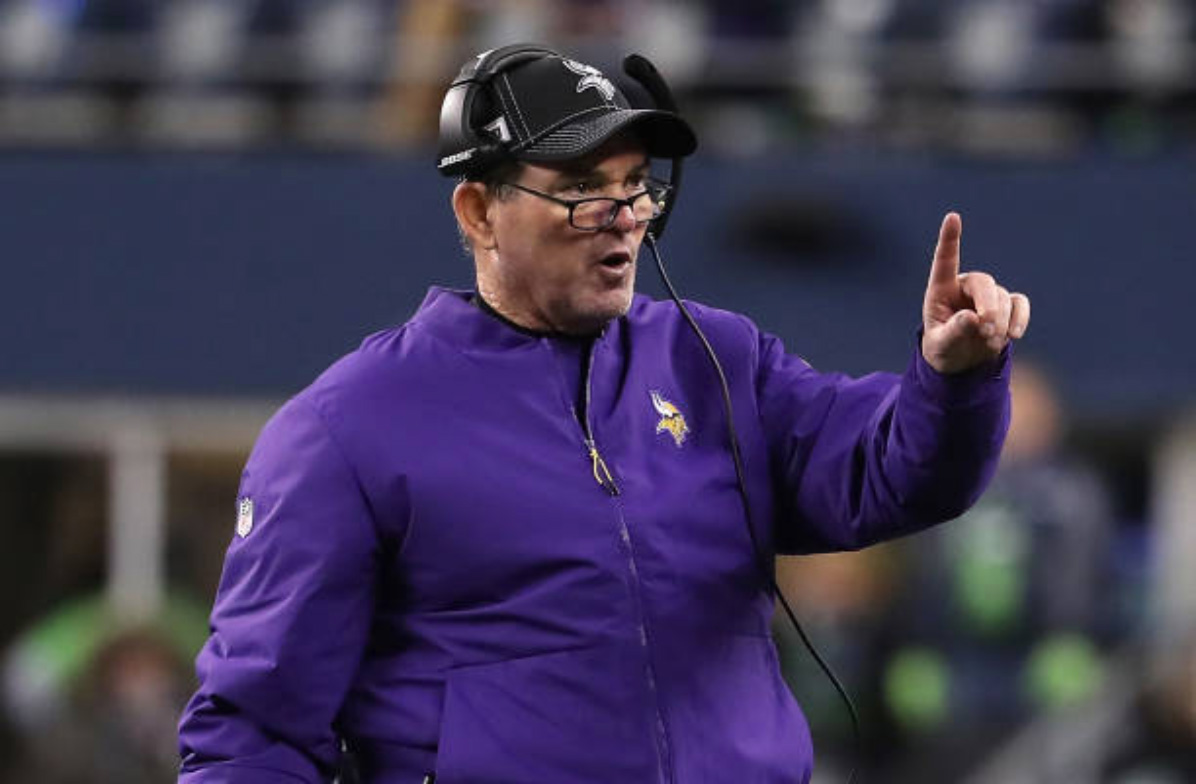 The 2021 NFL Season is about to end, and with it, so is the permanence of several head coaches who never knew how to bring their team to fruition. In this article you will find all the head coaches who will be relieved of their position over the next few weeks.

The fired head coaches in the 2021 NFL Season

The first head coach to be terminated this 2021. Via Adam Schefter’s ESPN, the Broncos decided to do without the services of HC Vic Fangio, who in his third season in charge of the team could only guide it to a poor record of 7-10. With this confirmation, the Fangio era in Denver ends after three seasons and an unpleasant record of 19-30: “This morning, [GM] george [Patton] and I informed Vic of the decision to part ways with him as head coach of the Denver Broncos,” said Joe Ellis, president and CEO of the Broncos, through a statement.

“For the past three seasons, Vic put his heart and soul into coaching the Broncos. I want to thank Coach Fangio for giving his maximum effort to our organization from the day he was hired. George will have full authority to select the new Broncos head coach. This is your decision and your program. I have every confidence in George’s ability to lead a thorough and successful head coaching search,” Ellis said.

Second head coach terminated this 2021 and first of the famous Black Monday. Via Tom Pelissero from NFL Average, the Vikings decided to dispense with the services of HC Mike Zimmer and GM Rick Spielman. Minnesota’s 2021 is a reflection of the inconsistency of the Zimmer era; the team finished with a record of 8-9, very far from the last places, but the same distance from the first. Zimmer, who arrived in the franchise in 2014, says goodbye to the Vikings with a record of 72-56-1 and with 3 postseason appearances over 8 years.

“This morning we met with Rick Spielman and Mike Zimmer to notify them that we will be moving in a different direction at the general manager and head coach positions in 2022. While these decisions are not easy, we believe it is time for new leadership to elevate to our team so that we can constantly compete for championships. Our comprehensive search for a new general manager and head coach will begin immediately and will be internally driven.” through a statement.

Second head coach fired this 2021 in the Black Monday. Via Ian Rapoport from NFL Average, the Bears decided to dispense with the services of HC Matt Nagy and GM Ryan Pace. This is perhaps the least surprising move so far; After a fateful 6-11 season, Nagy was a foot and a half out of the organization and the news is finally confirmed. Nagy, who arrived in Chicago in early 2018, leaves Chicago with an overall record of 34-31; He managed to get the team into the postseason twice (2018, 2020), but did not get a single victory in the Playoffs.

Third head coach fired in this Black Monday and momentarily the most surprising movement. Via Adam Schefter from ESPN, the Dolphins decided to do without the services of HC Brian Flores after 3 seasons. Flores’ record at the helm of the team since 2019 is 24-25, having posted 2 positive seasons (10-6, 2020; 9-8, 2021) but failing to get Miami to the postseason both times. The Dolphins’ 2021 NFL Season was highlighted by winning but also losing seven games in a row, and that inconsistency ends up costing Flores his job.

“The Miami Dolphins announced today that head coach Brian Flores has been relieved of his duties. Today I made the decision to separate from Brian Flores. After evaluating where we are as an organization and what we need to improve, I determined that key dynamics in our football organization were not working to the level that I wanted and felt this decision was in the best interest of the Miami Dolphins.” , team owner, through a statement.

Fifth head coach fired after the end of the 2021 NFL Season. Via Ian Rapoport from NFL Average, This Tuesday the Giants decided to do without the services of HC Joe Judge after only two seasons. The decision is not surprising; Judge was only able to guide the team to a poor 10-23 record throughout his time in New York. Looking ahead to 2022 there will be a total cleanup in the franchise that is now in search, not only of a head coach, but also of an offensive coordinator and general manager.

“[El copropietario] Steve [Tisch] and I believe that it is in the best interest of our franchise to go in another direction,” Giants co-owner John Mara said. through a statement. “We met with Joe yesterday afternoon to discuss the status of the team. I met with him again this afternoon, and it was during that conversation that I informed him of our decision (…). We will hire a general manager and that person will lead the effort to hire a new head coach.”

Sixth head coach fired after the end of the 2021 regular season. Via Mike Garofolo’s NFL Average, This Thursday afternoon the Texans decided to dispense with the services of HC David Culley after only one season in charge of the team. Culley finished what will be his only year with the franchise with a poor 4-13 record, but keeping in mind that Houston’s roster is extremely limited, four wins wasn’t all that bad. For many, this is a move of great surprise.

What do you think of the dismissal of the respective head coaches? Who should get a chance to be a head coach? We read you in the comments below this article and on our social networks.

The fired head coaches in the 2021 NFL Season