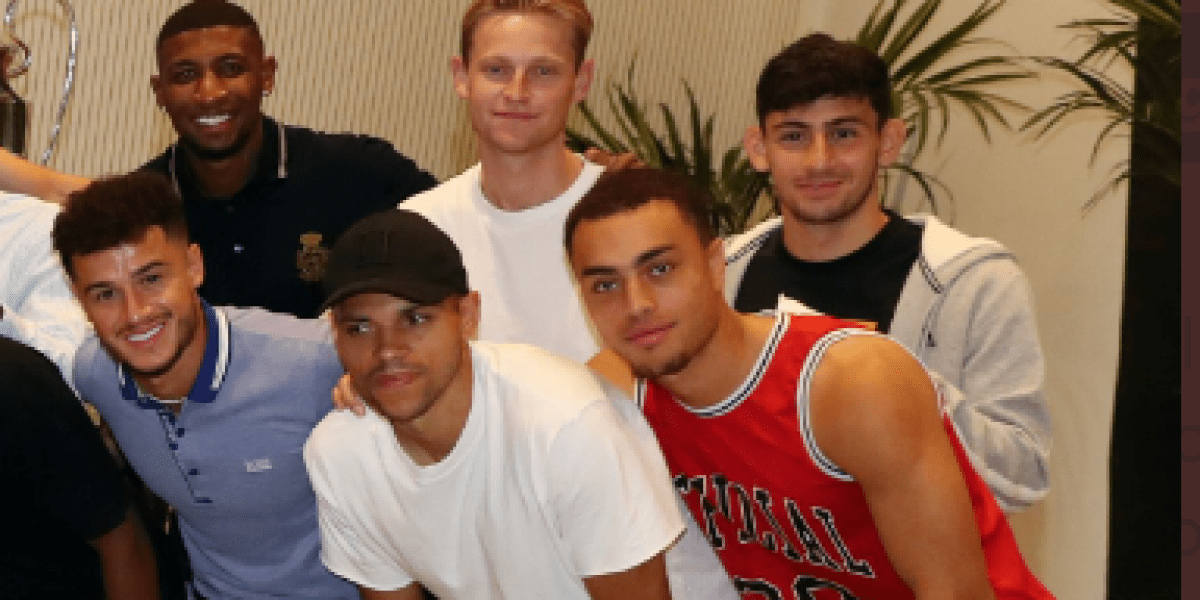 The suit and tie with which Leo Messi offered his emotional farewell press conference FC BarcelonaAt the height of the solemnity of the act in which the best footballer in the club’s history closed a stage that has lasted 21 years, he contrasted with the clothing with which one of the players from the Barça squad made an appearance. Sergiño Dest He was dressed in a full basketball bag, very much like the Chicago Bulls of Michael Jordan, T-shirt and pants included.

Although there were those who could see an implicit tribute to Messi equating him to the figure of the legendary basketball player, the truth is that in social networks the image in which the American side appeared in that way in the family photo that the players of the team took. Barça squad with the Argentine star caused a diverse impact among the fans. And it is not that the rest of the footballers wore a formalwear – in fact, the shorts were the most seen garment – but the bright red in Dest’s empire shirt was difficult to overcome.

The comments commenting on the stamp of the former Ajax They were abundant and gave off all kinds of feelings, from stupor, to jocularity, and even indignation. “What is Dest doing fully dressed as a basketball player in the most important conference in the club’s history?” there is a thing called freedom “,” In my view, Dest should be fined, Lloret can wait “. “Menudo jeta Sergiño Dest. Sell now”, “Go Sergiño’s outfit”, “It seems that the film of Operation Camarón has come from shooting … !!,” He has dressed as the greatest (Jordan) to fire the greatest (Messi) A whole tribute loaded with symbolism “.